More than 1,000 people, including 300 school children, gathered at Fort Moultrie on Sullivan’s Island in South Carolina to witness the launch of the United States Mint’s newest quarter honoring their state. The Fort Moultrie quarter is the 35th coin in the America the Beautiful Quarters® Program and the last quarter to be introduced into circulation in 2016.

The Plantation Singers, a locally-famous a cappella and percussion gospel singing group, entertained the crowd both before and after the event. The Citadel’s Color Guard presented the colors, a fourth grade essay contest winner, Piper Hamrick, from Sullivan’s Island Elementary School led the Pledge of Allegiance, and guest soloist Lorraine White sang America the Beautiful.

Representing the United States Mint, Chief Counsel Jean Gentry spoke about the significance of the quarter’s design. “Millions of Americans will now have a reminder of the historical significance of these coastal fortifications and the two centuries of seacoast defense they represent,” said Gentry. “This new coin stands as a tribute to the bravery and self-sacrifice of those who believed our fledging nation deserved a fighting chance.”

Gentry presented the National Park Service with the traditional shadowbox containing quarters from the first day of production from both Philadelphia and Denver and participated in the ceremonial coin pour with Superintendent Stone and Regional Deputy Director Fields, pouring quarters into a handmade sweet grass basket.

The crowd was then treated to three rounds of live black powder musket fire by National Park Service employees in period dress.

South State Bank in Charleston, South Carolina, was on site for the coin exchange following the launch ceremony. The line stretched around the fort, with South State exchanging $24,000 in quarters in less than an hour.

The U.S. Mint also hosted a coin forum on Wednesday, Nov. 16 from 6-7 p.m. at the Fort Moultrie Visitor Center. 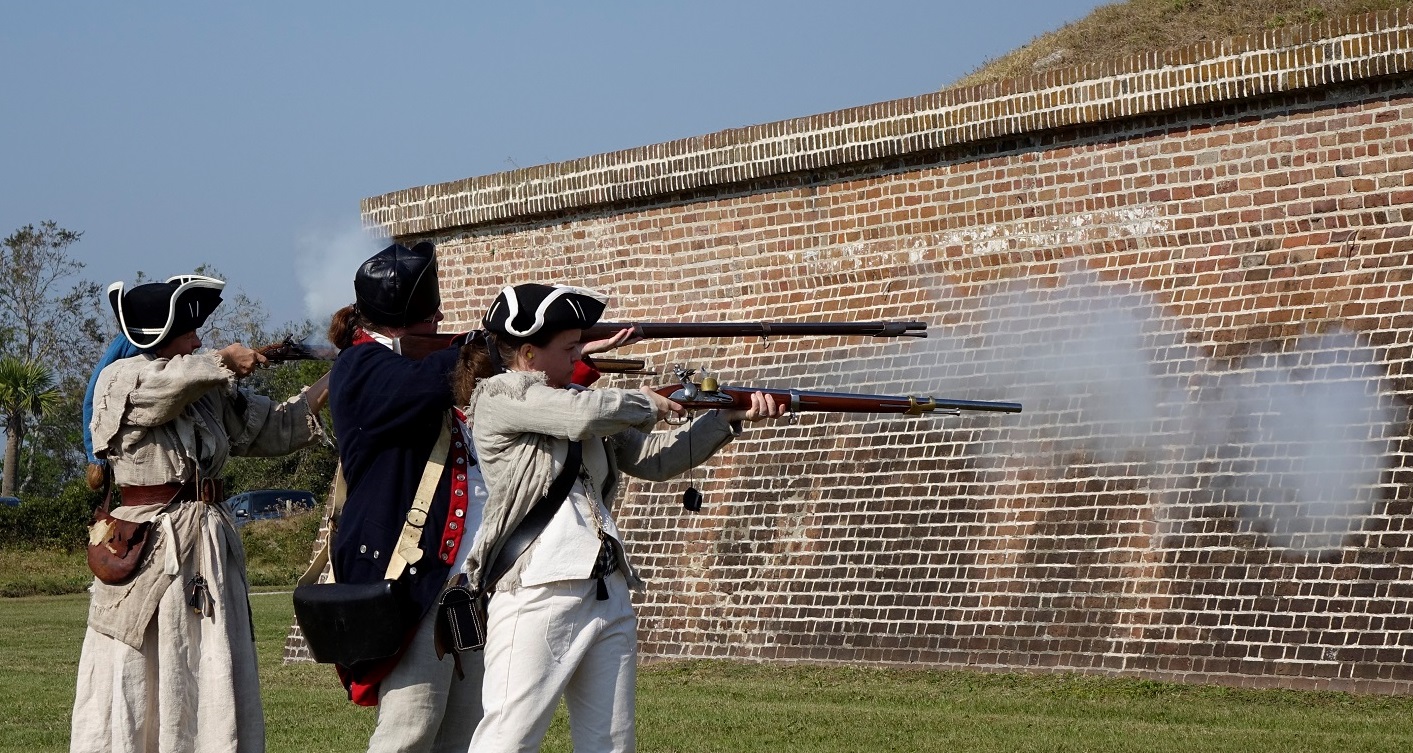