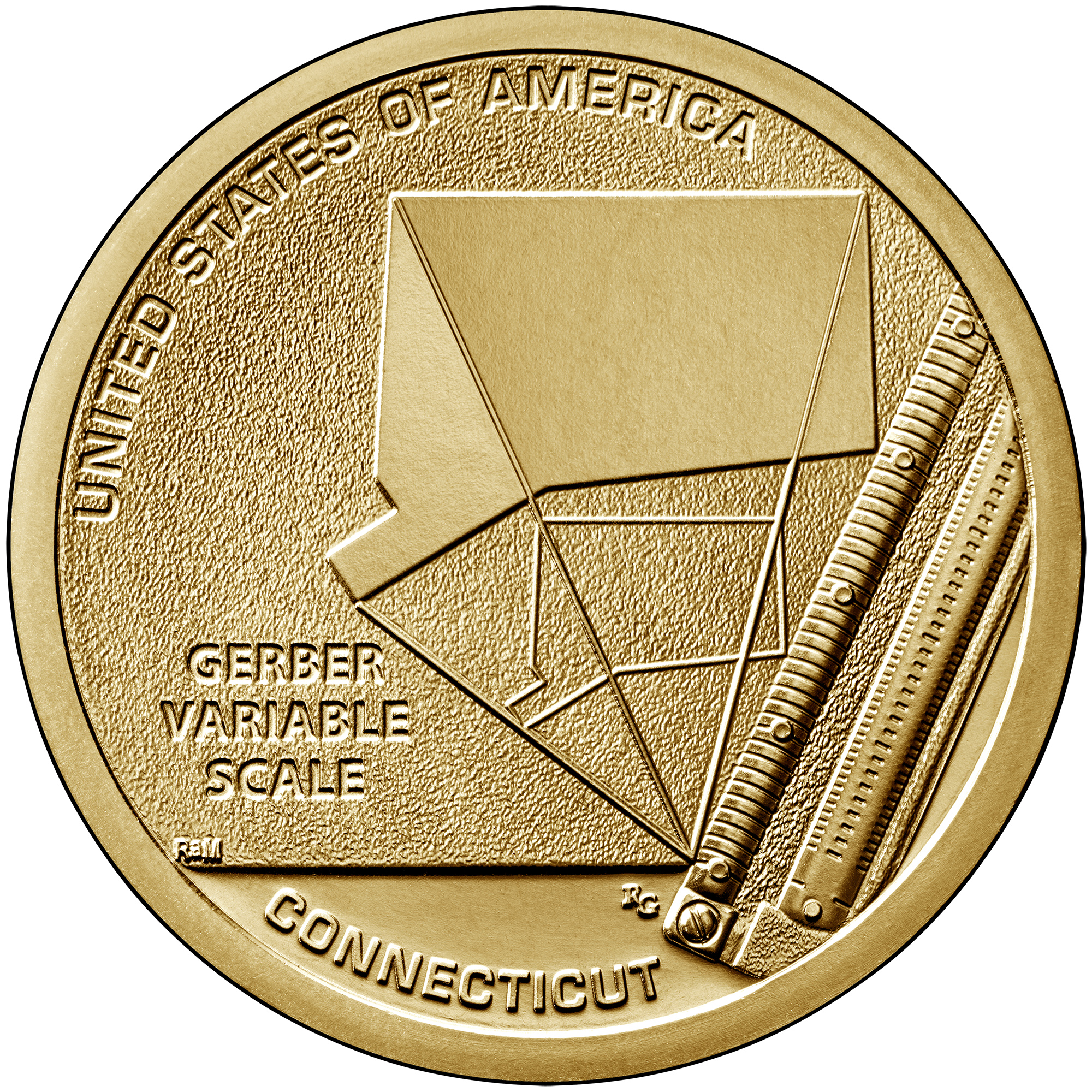 Produced at the Mint’s facility in San Francisco, the Connecticut American Innovation $1 Reverse Proof Coin features a frosted background and a brilliant, mirror-like finish. Its reverse (tails) design depicts the scale being used to increase a geometric shape by 200 percent, a shape that resembles the state of Connecticut. Inscriptions are “UNITED STATES OF AMERICA,” “GERBER VARIABLE SCALE,” and “CONNECTICUT.” The obverse (heads) features a dramatic representation of the Statue of Liberty in profile with the inscriptions “IN GOD WE TRUST” and “$1.” The design also includes a privy mark of a stylized gear, representing industry and innovation. “2020,” the mint mark, and “E PLURIBUS UNUM” are incused on the coin’s edge.

The Certificate of Authenticity is embedded in the packaging.

Mintage is limited to 50,000 units. Orders are limited to five units per household for the first 24 hours of sales, after which the limit will be removed.

Due to the impact of COVID-19, our sales centers are closed until further notice. Click here for details.

The American Innovation $1 Coin Program is a multi-year series featuring distinctive reverse designs that pay homage to America’s ingenuity and celebrate the pioneering efforts of individuals or groups from all 50 states, the District of Columbia, and the U.S. territories. Visit usmint.gov/learn/coin-and-medal-programs/american-innovation-dollar-coins to learn more about this program.