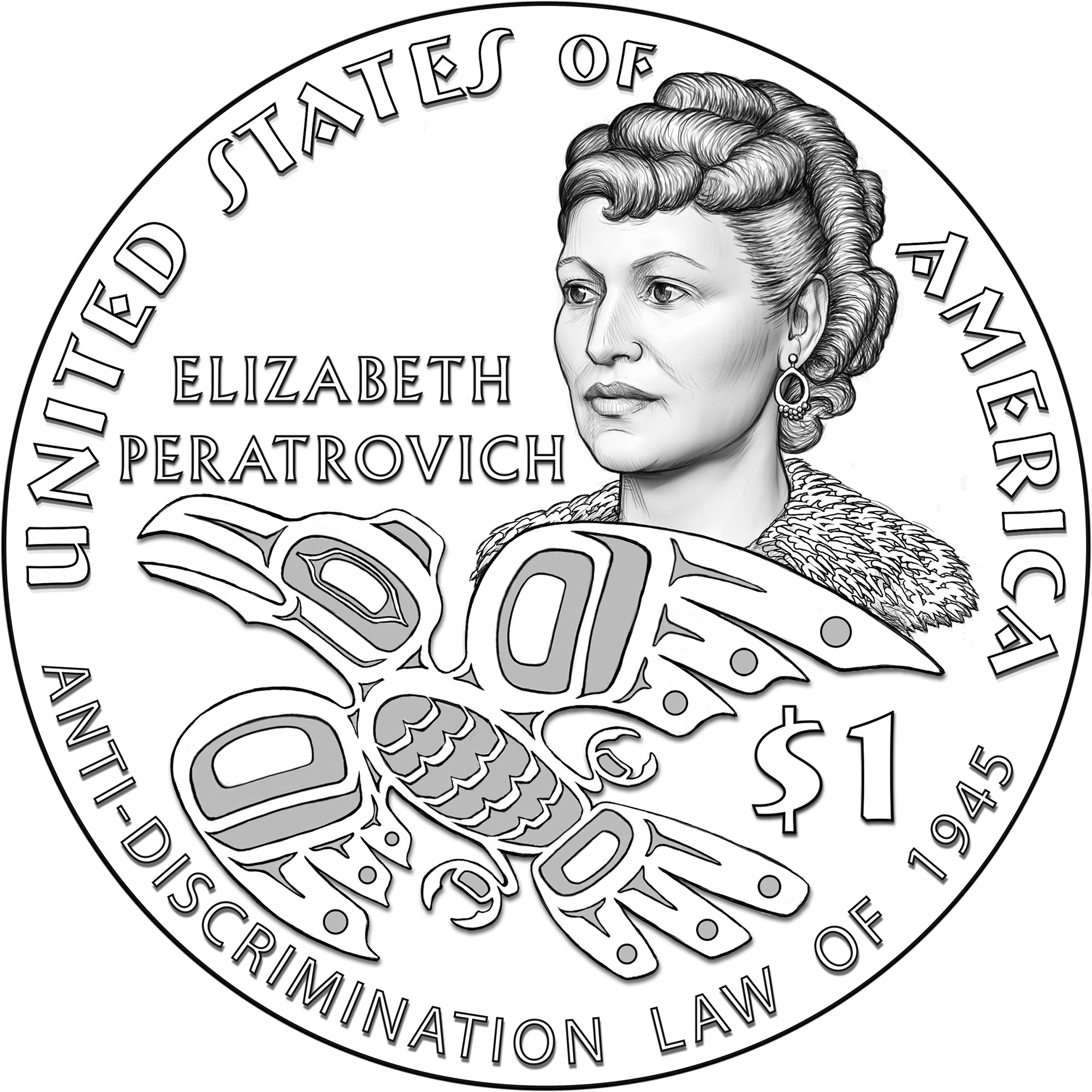 The theme of the 2020 Native American $1 Coin design is Elizabeth Peratrovich and Alaska’s Anti-Discrimination Law. The design features a portrait of Elizabeth Peratrovich, whose advocacy was considered a deciding factor in the passage of the 1945 Anti-Discrimination Law in the Alaskan territorial government. The foreground features a symbol of the Tlingit Raven moiety, of which she was a member. Inscriptions include “UNITED STATES OF AMERICA,” “ELIZABETH PERATROVICH,” “$1,” and “ANTI-DISCRIMINATION LAW OF 1945.” United States Mint Medallic Artist Phebe Hemphill created the design and will sculpt it.

“This coin will be a lasting tribute to Elizabeth Peratrovich and her relentless efforts to tear down the wall of discrimination against Alaskan Natives,” said Mr. Hernandez. “We will proudly produce this coin that honors her bravery and determination.”

The obverse (heads) of the 2020 Native American $1 Coin, by sculptor Glenna Goodacre, features the central figure “Sacagawea” carrying her infant son, Jean Baptiste. Inscriptions are “LIBERTY” and “IN GOD WE TRUST.” The year, mint mark, and “E PLURIBUS UNUM” are incused on the edge of the coin.