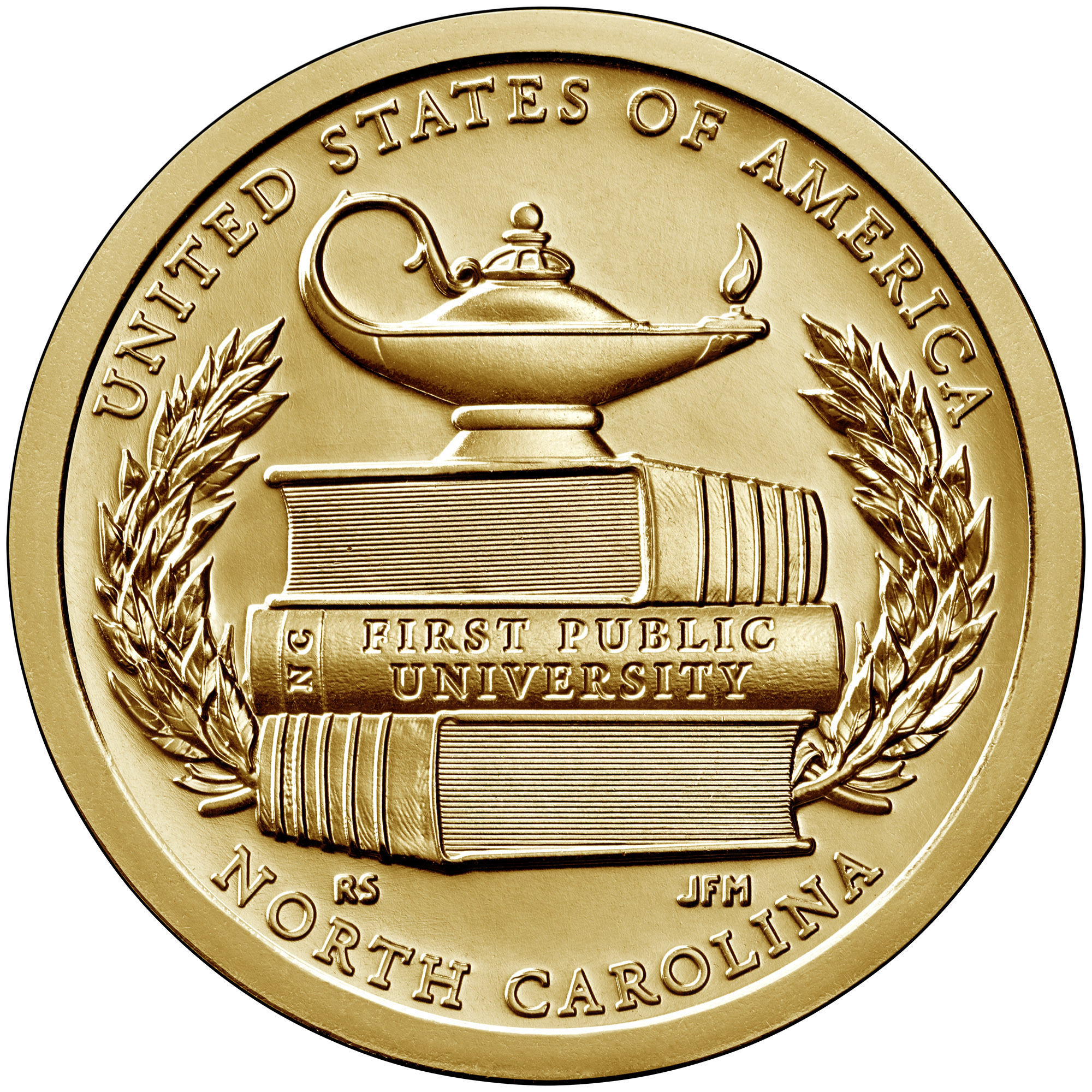 WASHINGTON – United States Mint (Mint) rolls and bags containing the fourth and final American Innovation $1 Coin of 2021 will go on sale October 12 at noon EDT. The reverse (tails) design of coins in these products honors innovation from the State of North Carolina. The following packaging options from the Mint’s facilities in Philadelphia and Denver will be available:

Introduced in 2018, the American Innovation $1 Coin Program is a multi-year series featuring distinctive reverse (tails) designs that pay homage to America’s ingenuity and celebrate the pioneering efforts of individuals or groups from all 50 states, the District of Columbia, and the U.S. territories.

The North Carolina American Innovation $1 Coin recognizes the University of North Carolina at Chapel Hill, the first public institution of higher learning in the United States. Opened in 1795, it is the only American public university to confer degrees in the 18th century. The coin’s reverse design depicts a stack of three textbooks with “FIRST PUBLIC UNIVERSITY” on the spine of the middle book. A lamp of knowledge is perched atop the books, and olive branches curve around the edge of the design. Additional Inscriptions are “UNITED STATES OF AMERICA” and “NORTH CAROLINA.” The design was created by United States Mint Artistic Infusion Program (AIP) Designer Ronald D. Sanders and sculpted by Chief Engraver Joseph Menna.

The obverse (heads) of all coins in this series features a dramatic representation of the Statue of Liberty in profile with the inscriptions “IN GOD WE TRUST” and “$1.” It also includes a privy mark of a stylized gear, representing industry and innovation. AIP Designer Justin Kunz created the design, which was sculpted by Mint Medallic Artist Phebe Hemphill.

To set up a REMIND ME alert for the North Carolina American Innovation $1 Coin product options, visit https://catalog.usmint.gov/american-innovation-1-coin-2021-rolls-and-bags-north-carolina-MASTER_INNOVATIONNC.html.