U.S. Coast Guard One Ounce Silver Medal Cuts Through the Waters on September 26 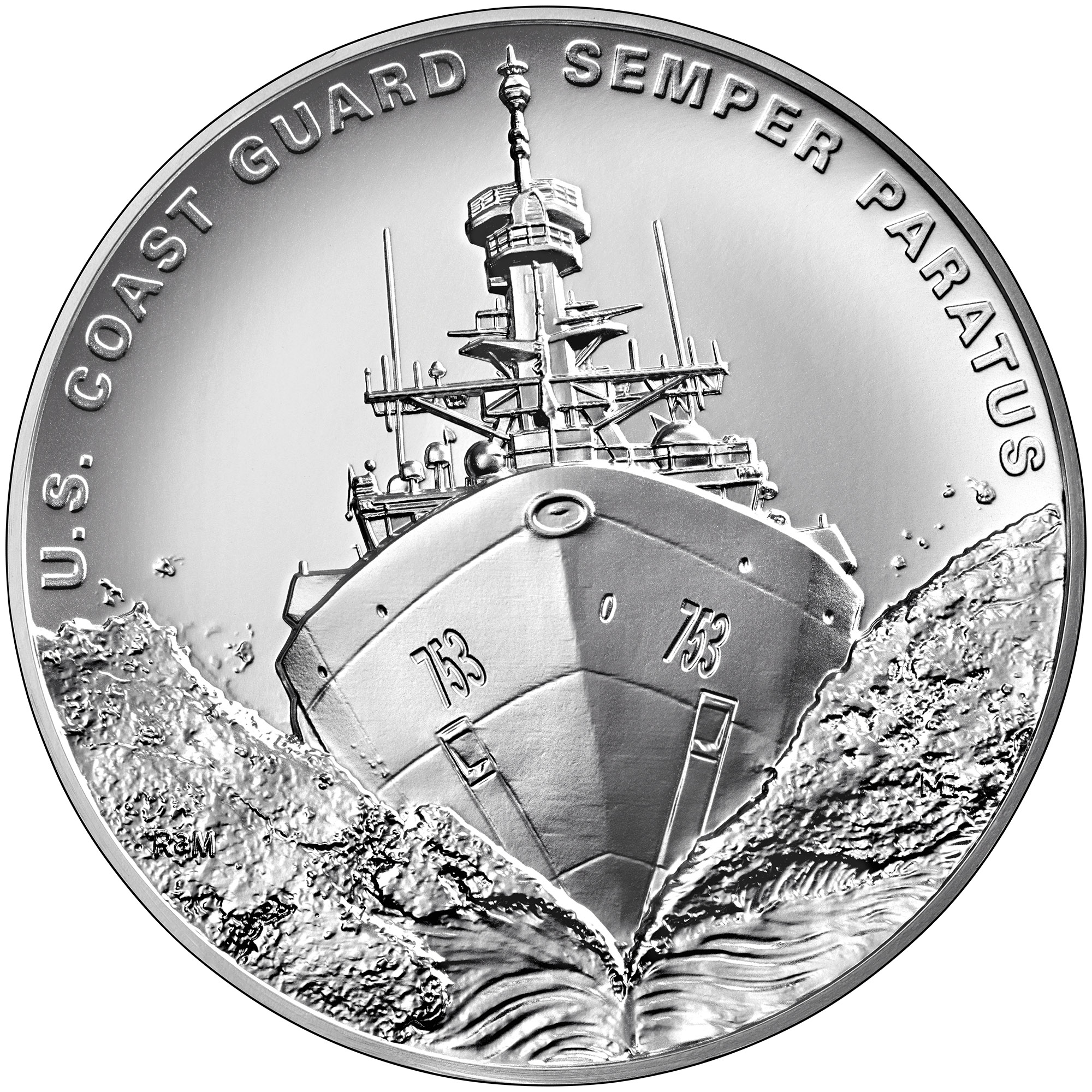 The reverse (tails) depicts two iconic symbols of the Coast Guard, a life preserver ring and the racing stripe mark, which is found on almost all Coast Guard craft. The racing stripes are depicted with a heraldic hatching tradition to indicate color, with horizontal lines indicating the color blue and vertical lines indicating red. The Coast Guard emblem, which is part of the racing stripe mark, is also in the center. Inscribed on the life preserver ring are the Coast Guard’s core values “HONOR,” “RESPECT,” and “DEVOTION TO DUTY.” AIP Designer Thomas Hipschen created the design, which Medallic Artist Renata Gordon engraved.

One ounce medals in the Armed Forces Silver Medal Program are 1.598 inches in diameter and are struck in 99.9 percent fine silver. Each medal is encapsulated and comes with the Mint’s certificate of authenticity.

The Armed Forces Medals are also available for purchase through the Mint’s Product Enrollment Program. Structured like a magazine subscription, this program affords customers the convenience of signing up to receive automatic shipments of products in a series. The shipments continue until the enrollment is cancelled. Visit the website for details.

These products are also available at the Mint’s sales centers at the Philadelphia Mint, 151 N. Independence Mall East, Philadelphia, PA 19106 (on 5th Street between Arch Street and Race Street); at the Denver Mint, 320 West Colfax Avenue, Denver, CO 80204 (on Cherokee Street, between West Colfax Avenue and West 14th Avenue); and from the Mint Headquarters Coin Store in Washington, D.C., 801 9th St., NW, Washington, DC 20220. Please visit the Denver or Philadelphia websites because sales centers will be closed when the COVID-19 community level is HIGH to ensure the health and safety of our employees and the public.

Please use the Mint’s catalog site at https://catalog.usmint.gov/ as your primary source of the most current information on products and services, or call 1-800-USA-MINT (872-6468).