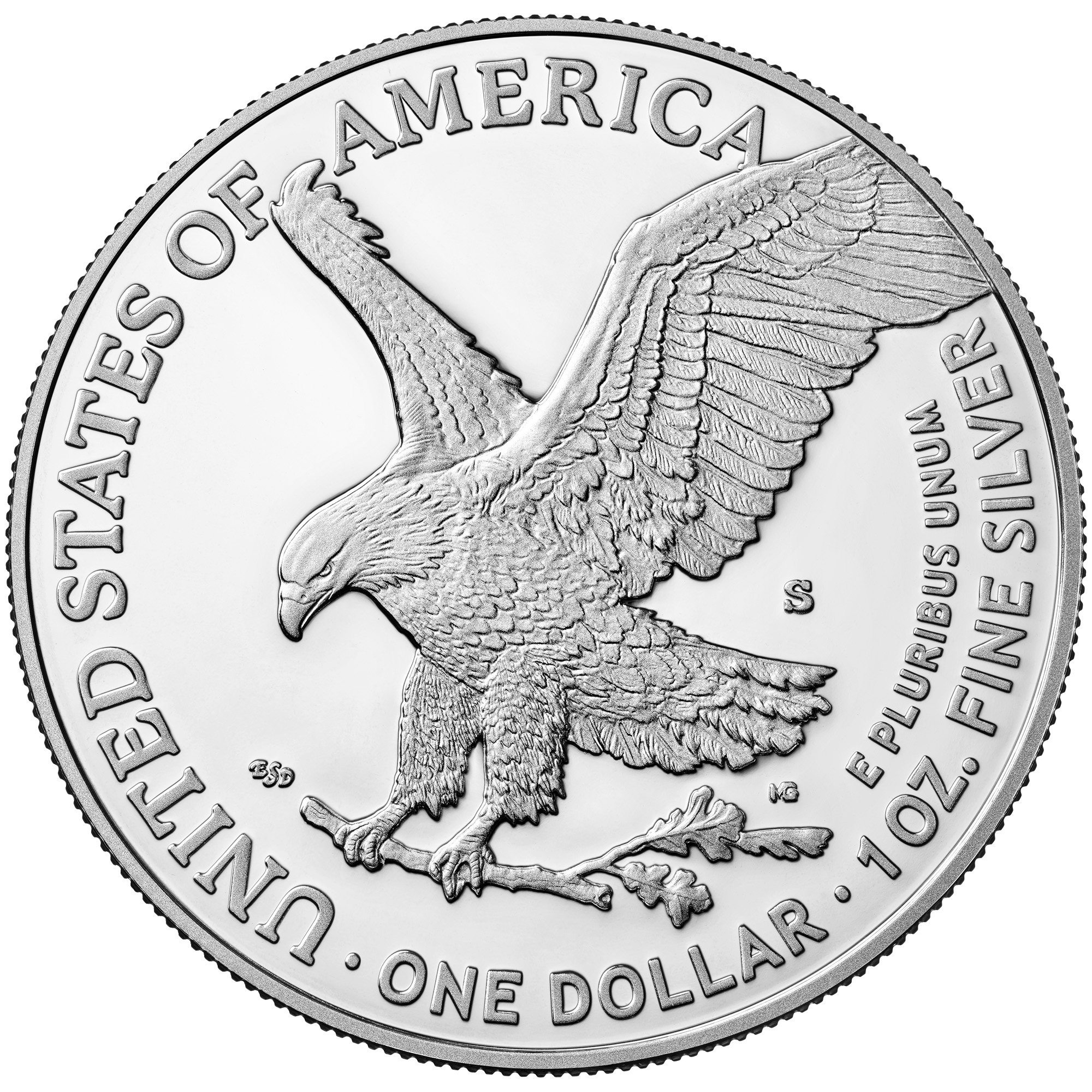 WASHINGTON – The United States Mint (Mint) will accept orders for the 2022 American Eagle Silver Proof Coins from its San Francisco facility beginning on August 9 at noon EDT. Production is limited to 200,000, with orders limited to three coins per household for the first 24 hours of sale, subject to availability.

Due to overwhelming demand, the full production inventory for the 2022 American Eagle One Ounce Silver Proof (S) Coin (22EM) was previously accounted for through enrollments. However, as a result of cancellations, inventory may become available on the scheduled launch date of August 9, 2022.

Customers may still have an opportunity to purchase the products, subject to availability, after enrollment orders are reconciled. All inventory resulting from cancellations, invalid and/or fraudulent orders will be made available to the general public via “Remind Me” messages.

Like its West Point–minted counterpart, the San Francisco-minted coin’s obverse (heads) features a refreshed depiction of Adolph A. Weinman’s full-length figure of Liberty in full stride, enveloped in folds of the flag, with her right hand extended and branches of laurel and oak in her left. The Mint has employed technological advancements that resulted in a design that is now a closer reflection of Weinman’s original vision and includes the addition of his traditional artist mark. Inscriptions are “LIBERTY,” “IN GOD WE TRUST,” and “2022.”

The reverse depicts an eagle as it prepares to land, carrying an oak branch, as if to add it to a nest. Inscriptions are “UNITED STATES OF AMERICA,” “E PLURIBUS UNUM,” “1 OZ. FINE SILVER,” and “ONE DOLLAR.” United States Mint Artistic Infusion Program Designer Emily Damstra created the design that retired United States Mint Medallic Artist Michael Gaudioso sculpted.

In addition to the redesigned reverse and enhanced design details on the obverse, the American Eagle Silver Coins are minted in high detail using new technology and include a reed pattern variation. The Mint benchmarked its efforts against anti-counterfeiting programs implemented by major mints around the world. These features will make the coins more difficult to counterfeit.

The 2022 American Eagle One Ounce Silver Proof (S) is priced at $73. To set up a “Remind Me” alert, visit https://catalog.usmint.gov/american-eagle-2022-one-ounce-silver-proof-coin-22EM.html (product code 22EM). This product is included in the Mint’s Numismatic Bulk Purchase Program, as well as the Authorized Bulk Purchase Program.

Additional coins in the American Eagle Coin Program are available at: https://catalog.usmint.gov/coins/coin-programs/american-eagle-coins/.

Note: To ensure that all members of the public have fair and equal access to United States Mint products, the United States Mint will not accept and will not honor orders placed prior to the official on-sale date and time of August 9, 2022, at noon EDT.

The 2022 American Eagle One Ounce Silver Proof (S) is also available at the Mint’s sales centers at the Philadelphia Mint, 151 N. Independence Mall East, Philadelphia, PA 19106 (on 5th Street between Arch Street and Race Street); at the Denver Mint, 320 West Colfax Avenue, Denver, CO 80204 (on Cherokee Street, between West Colfax Avenue and West 14th Avenue); and from the U.S. Mint Headquarters Coin Store in Washington, D.C., 801 9th St. NW, Washington, DC 20220. Please visit the Denver or Philadelphia websites because sales centers will be closed when the COVID-19 community level is HIGH to ensure the health and safety of our employees and the public.