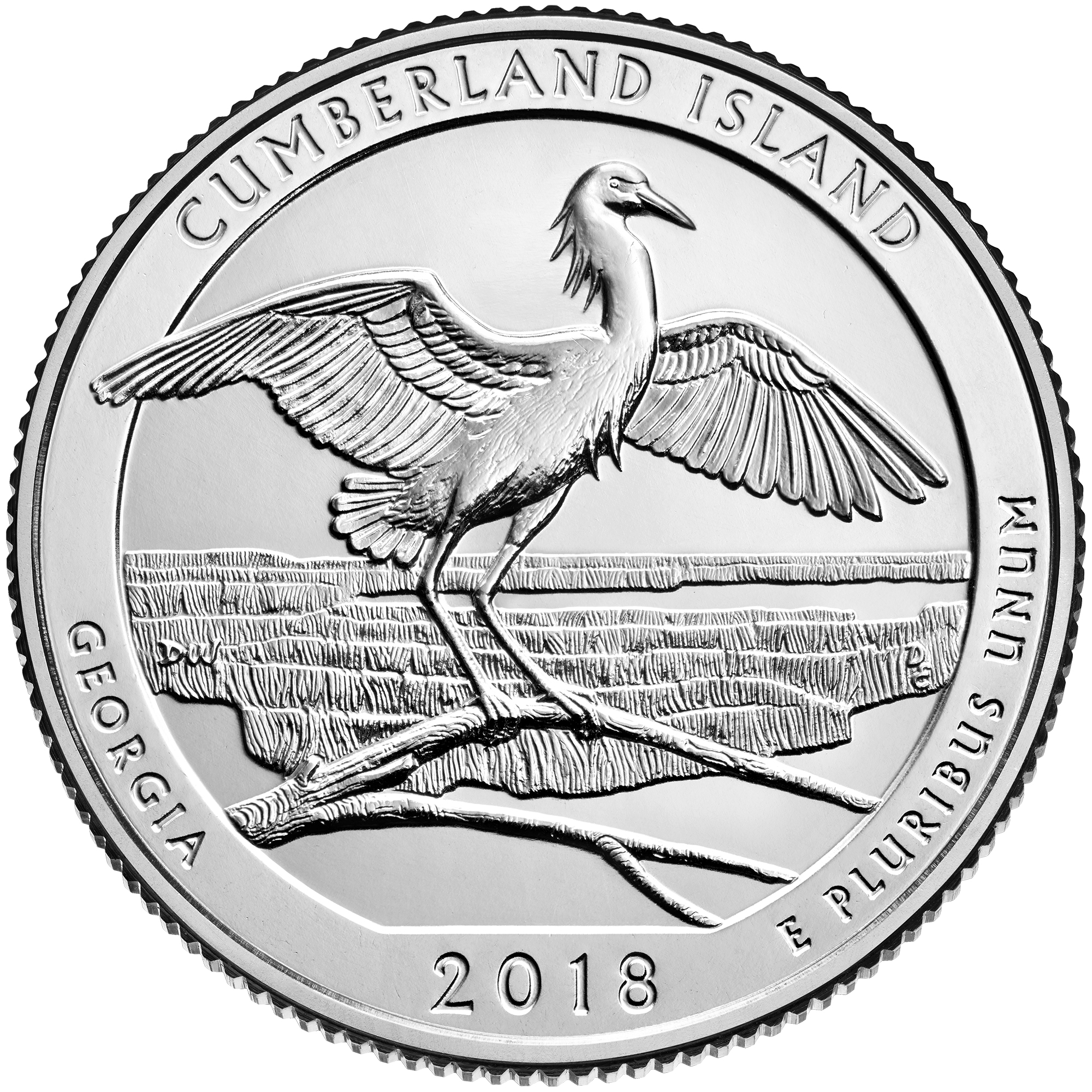 KINGSLAND, Ga. – The United States Mint (Mint) joined the National Park Service today to launch the quarter honoring Cumberland Island National Seashore in Georgia. This latest coin is the 44th release in the Mint’s America the Beautiful Quarters® Program and the fourth release of 2018.

“Georgia’s Cumberland Island National Seashore is made up of pristine coastlines and more than 9,000 acres of wilderness,” said U.S. Secretary of the Interior Ryan Zinke. “The site offers great opportunities to camp, fish, bike, and kayak. It’s a perfect addition to the America the Beautiful quarter series.”

The reverse (tails) design of the Cumberland Island National Seashore quarter depicts a snowy egret perched on a branch on the edge of a salt marsh, ready for flight. Inscriptions are “CUMBERLAND ISLAND,” “GEORGIA,” 2018,” and “E PLURIBUS UNUM.” The obverse (heads) design features a restored 1932 portrait of George Washington by John Flanagan. Inscriptions are “UNITED STATES OF AMERICA,” “LIBERTY,” “IN GOD WE TRUST,” and “QUARTER DOLLAR.”

Mr. Croft remarked, “Just as thousands of migratory birds pass through this wildlife wonderland, so too will these quarters pass from hand to hand, reminding people of the spectacular natural beauty of Georgia’s Golden Isles.”