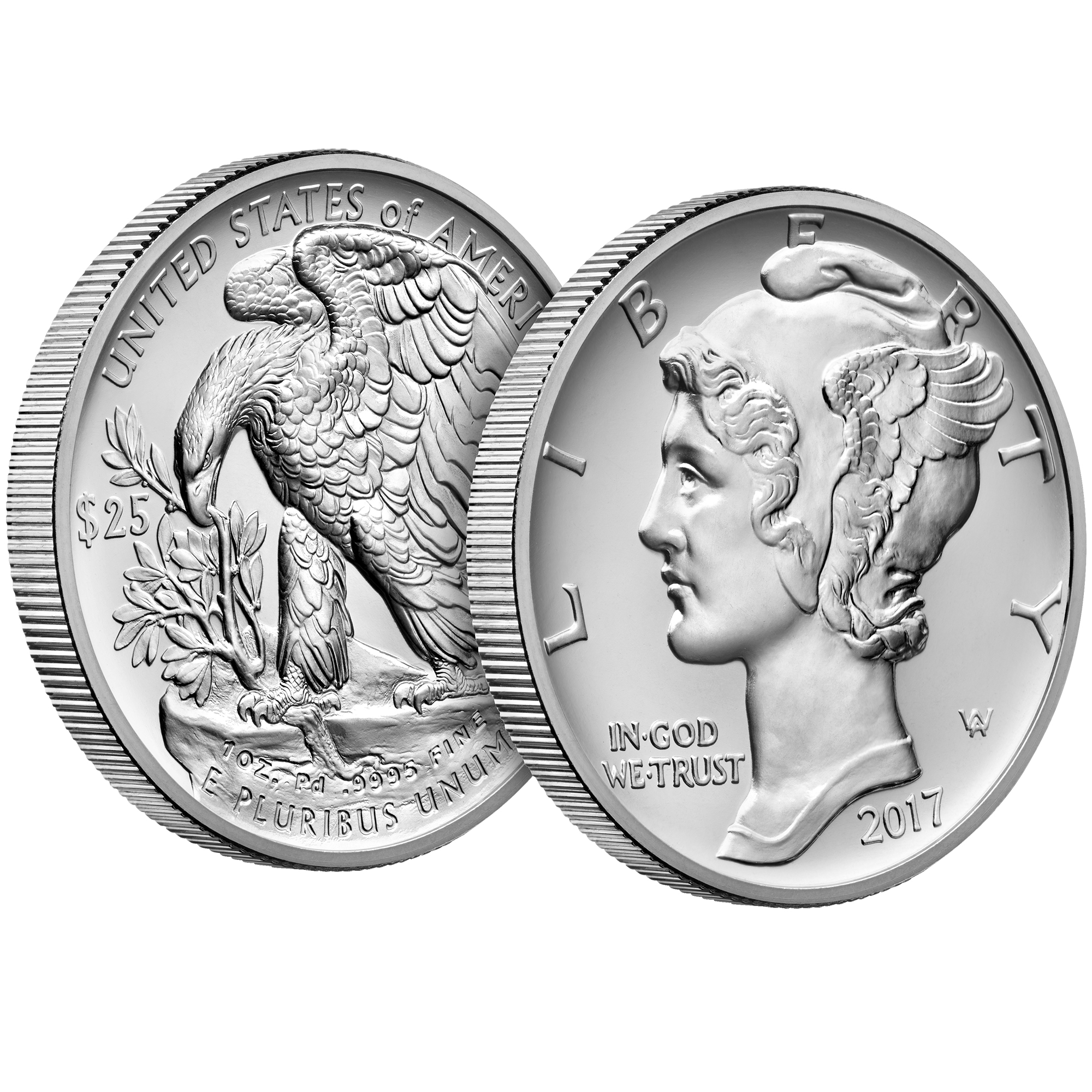 WASHINGTON – The United States Mint today announced it will begin for the first time sales of a one-ounce American Eagle Palladium Bullion Coin to Authorized Purchasers on September 25.

American Eagle Palladium Bullion Coins will be made available to United States Mint Authorized Purchasers at a 6.25 percent premium over the prevailing price of palladium.

As mandated by the law, the obverse design of the palladium coin is an adaptation of Adolph A. Weinman’s ‘Winged Liberty’ design used on the obverse of the so-called ‘Mercury dime,’ and the reverse design is based upon Weinman’s Eagle design for the 1907 American Institute of Architects (AIA) gold medal. In developing the coin, the United States Mint was able to utilize the original reverse plaster of the AIA gold medal. This is the first time that Weinman’s AIA design appears on a U.S. coin.