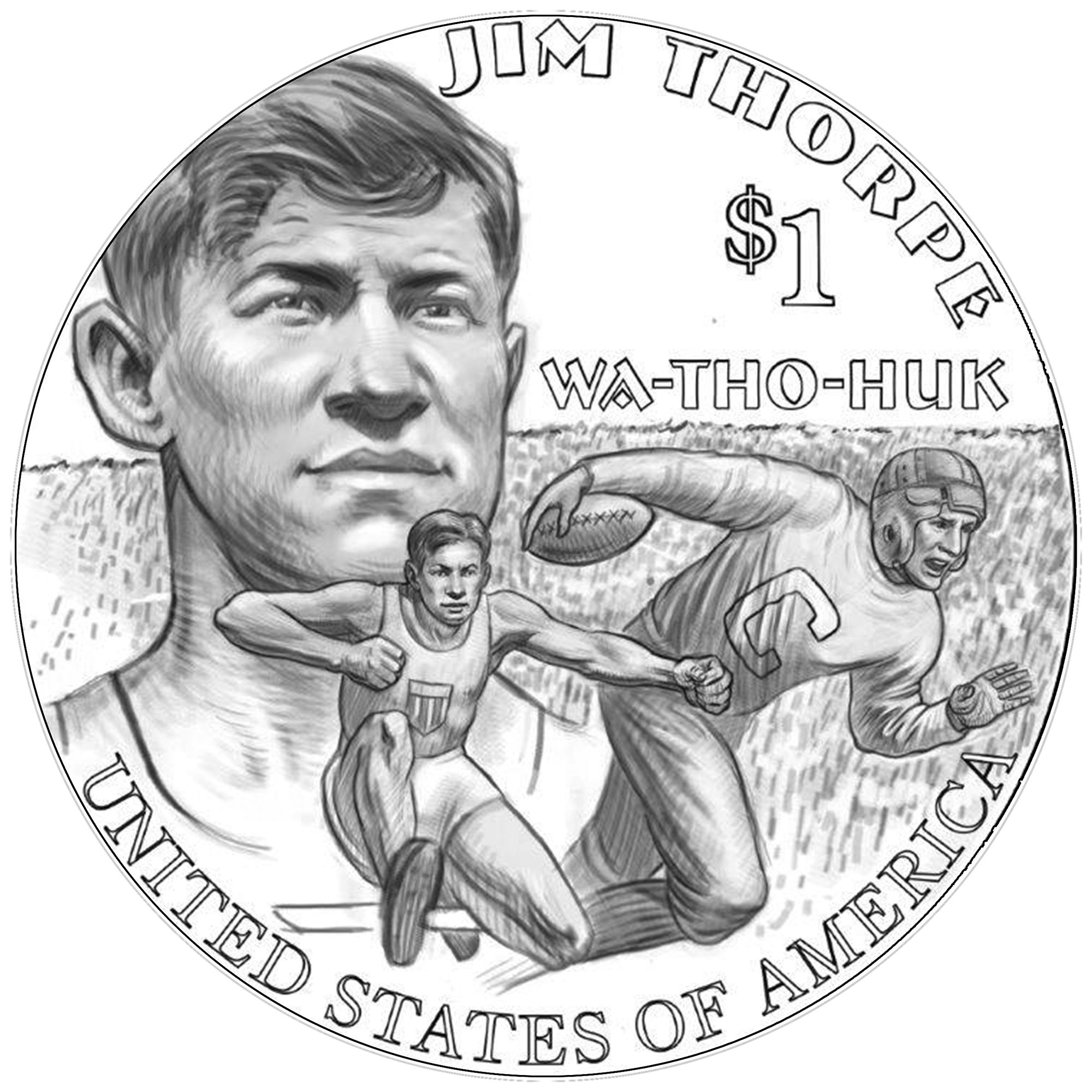 The obverse (heads) design of the Native American $1 Coin continues to feature the central figure “Sacagawea” carrying her infant son, Jean Baptiste. Inscriptions are “LIBERTY” and “IN GOD WE TRUST,” while the year, mint mark, and “E PLURIBUS UNUM” are incused on the coin’s edge.