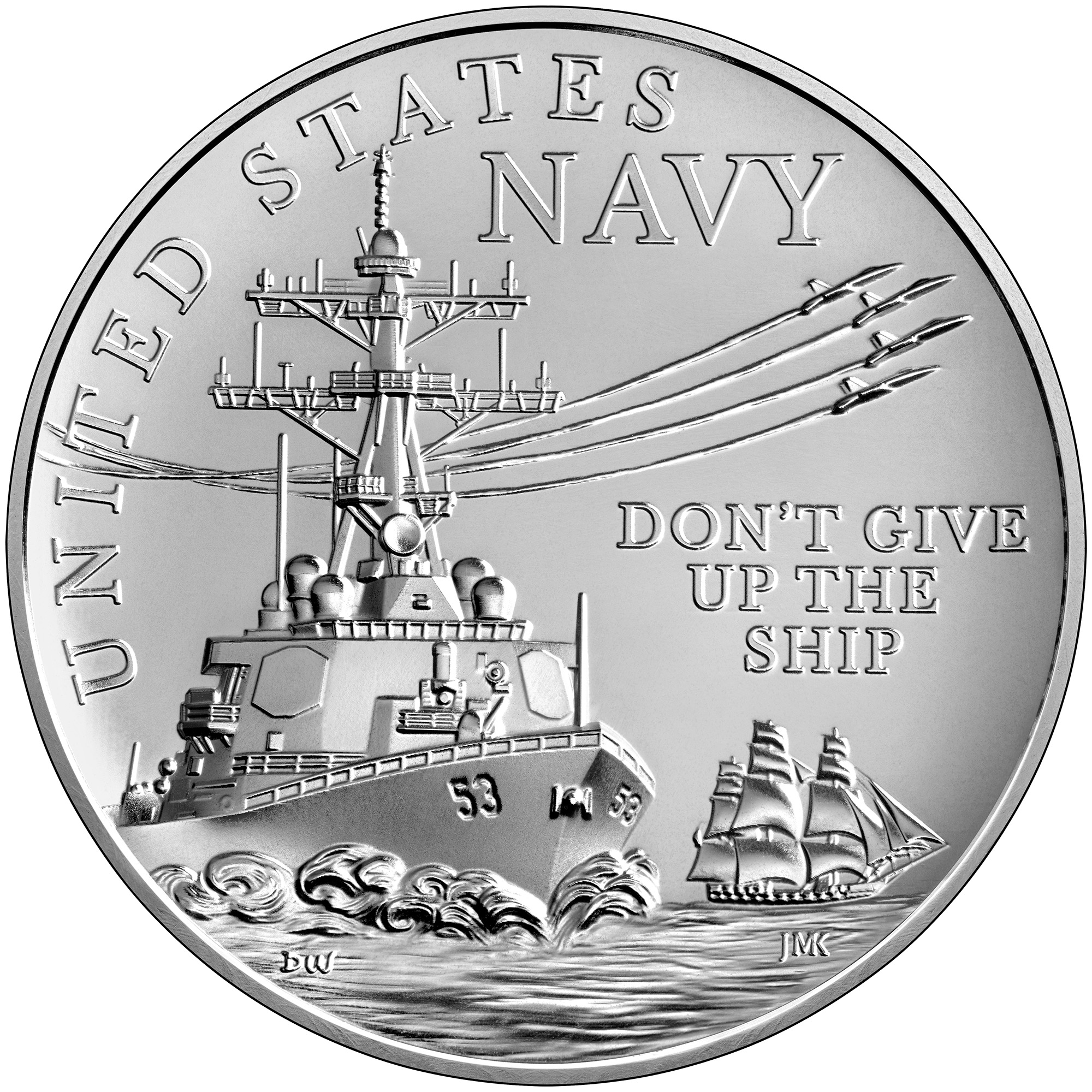 WASHINGTON – The United States Mint (Mint) will open sales for the third release in its United States Armed Forces Silver Medal Program on March 11 at noon EST. The medal honors the U.S. Navy.

Designs featured on this medal are emblematic of the history and mission of the U.S. Navy. The obverse (heads) depicts the U.S. Navy destroyer John Paul Jones cutting through the water while the U.S.S. Constitution sails behind it. An F-18 Hornet formation flies by, leaving smoke trails in the sky, paying honor to both ships. Inscriptions are “UNITED STATES NAVY” and “DON’T GIVE UP THE SHIP,” the latter spoken by mortally wounded Commander James Lawrence to his crew on the U.S.S. Chesapeake during the War of 1812. United States Mint Artistic Infusion Program (AIP) Designer Donna Weaver created the design, which was sculpted by United States Mint Medallic Artist Jay M. Kushwara.

The reverse (tails) features a line of sailors manning the rail while the American flag flies in the background. The inscriptions are the Navy’s core values, “HONOR,” “COURAGE,” and “COMMITMENT.” AIP Designer Steve Ferris created the design, which was sculpted by United States Mint Medallic Artist John P. McGraw.

Medals in the Armed Forces Silver Medal Program weigh 2.5 ounces, are two inches in diameter, and are struck in 99.9 percent fine silver. Each medal is encapsulated and packaged in a presentation case, and is accompanied by a Certificate of Authenticity from the Mint.

Note: To ensure that all members of the public have fair and equal access to United States Mint products, the United States Mint will not accept and will not honor orders placed prior to the official on-sale date and time of March 11, 2022, at noon EST.

To reduce the risk of employee exposure to COVID-19 in the workplace, the Mint’s sales centers are closed until further notice.