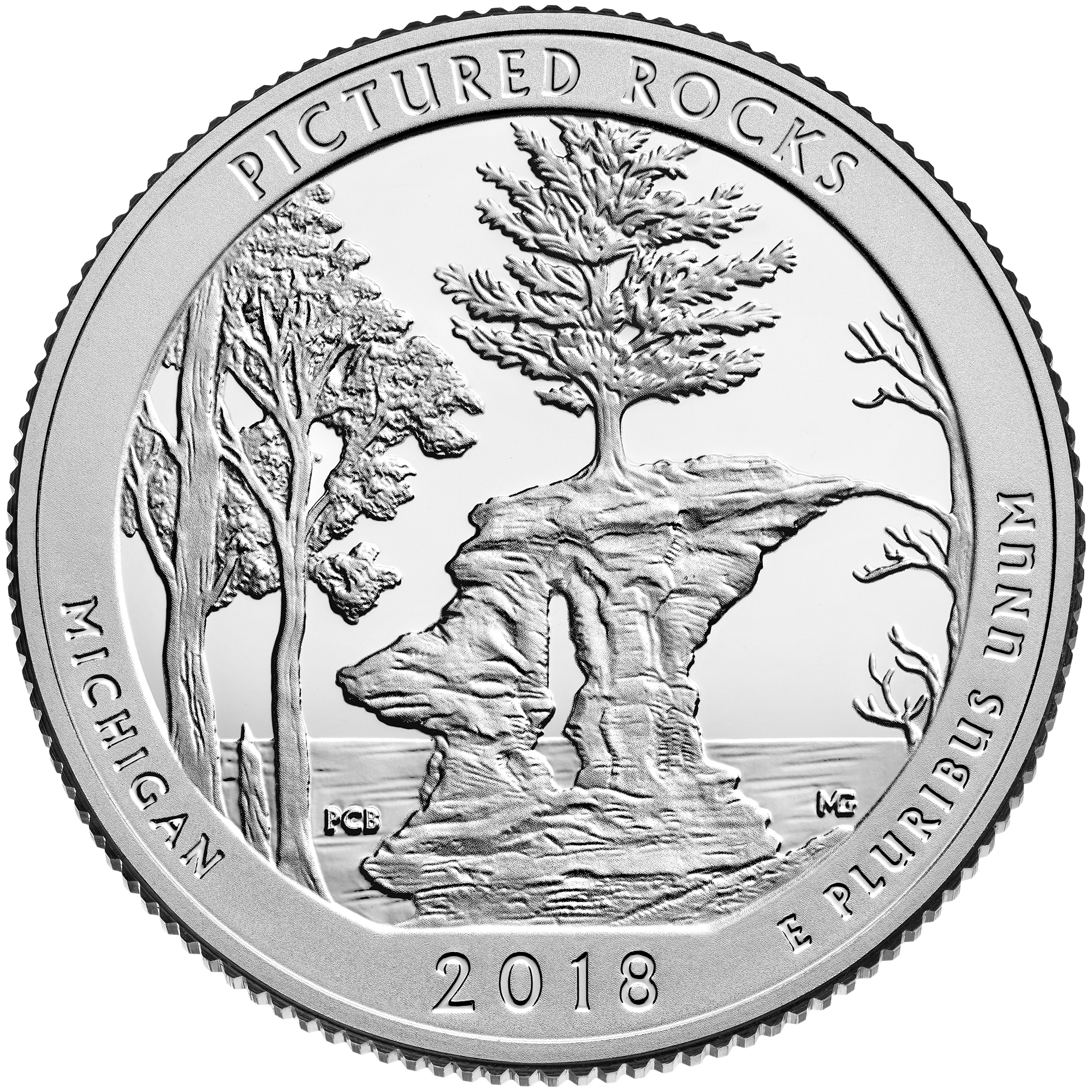 WHAT: The United States Mint and the National Park Service will launch the America the Beautiful Quarters® Program coin honoring Pictured Rocks National Lakeshore in Michigan on Wednesday, February 7, 2018, at 10 a.m. ET.

The ceremony will be held at the Mather Elementary School Auditorium. Additional event highlights include a performance by the Munising High School Concert Choir, a ceremonial coin pour and an exchange of $10 rolls of newly-minted Pictured Rocks National Lakeshore quarters after the ceremony. Paul Balan, designer of the quarter will also attend.

COIN FORUM
The United States Mint will host a coin forum the evening before the launch ceremony—Tuesday, February 6, 2018, 6–7 p.m. ET—at the Munising Township Office, E9630 Prospect Street, Wetmore, MI 49895. The coin forum is an opportunity for the public to learn about upcoming United States Mint coin programs and initiatives, and express their views about future coinage.

The Pictured Rocks National Lakeshore quarter is the 41st release in the United States Mint America the Beautiful Quarters Program, a 12-year initiative that honors 56 national parks and other national sites authorized by Public Law 110-456. Each year, the public will see five new national sites depicted on the reverses (tails sides) of the America the Beautiful Quarters. The United States Mint is issuing these quarters in the order in which the national sites were officially established.