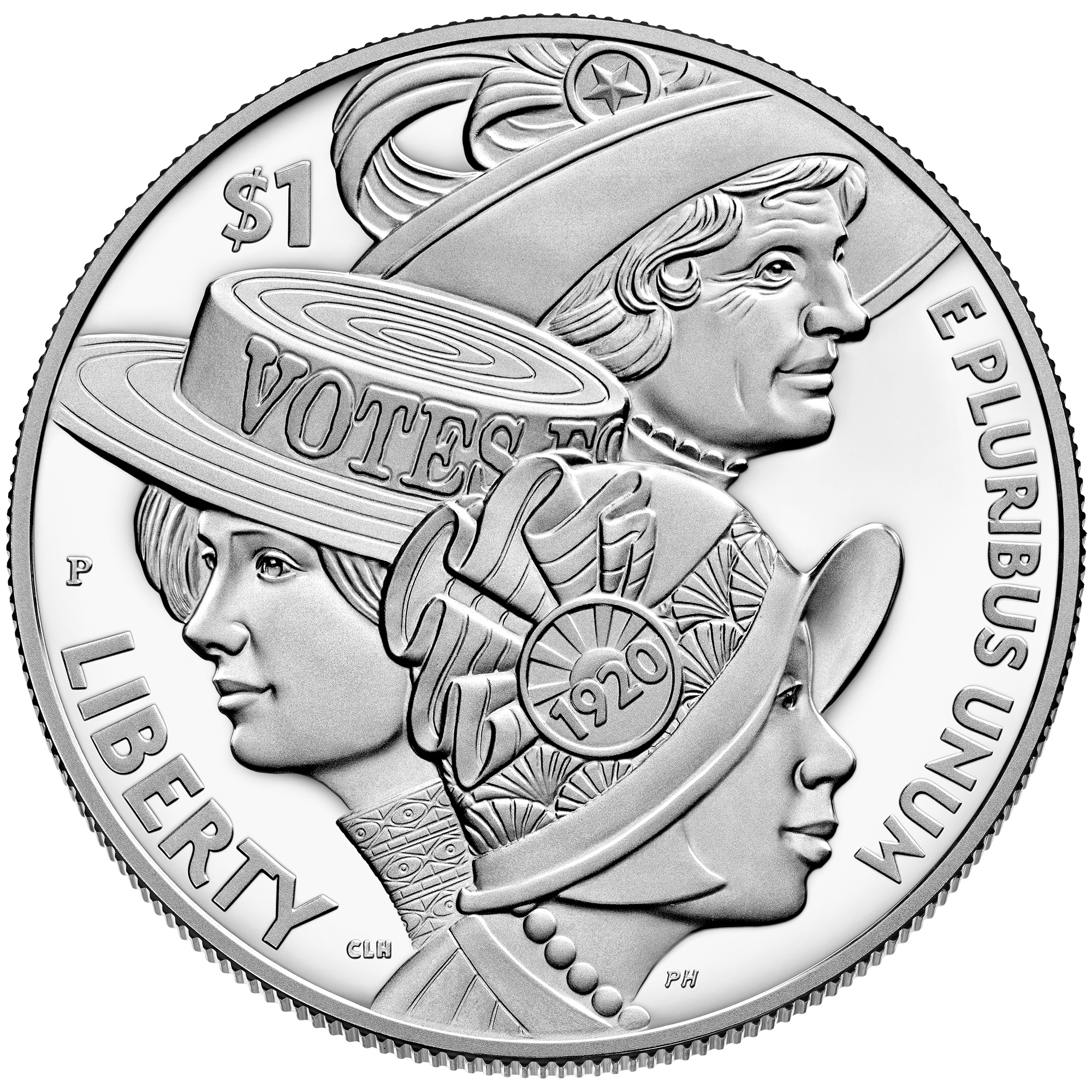 WASHINGTON – The United States Mint (Mint) was honored at the 2022 Coin of the Year (COTY) international awards competition with its Women’s Suffrage Silver Dollar recognized as Most Historically Significant Coin.

The Coin of the Year Awards, which began in 1984, are considered one of the most prestigious global award forums among Mints worldwide. Each year, an international panel of judges selects winners from ten categories focused on aesthetic and commercial appeal, commemoration, inspiration, and innovation. A primary winner is ultimately selected from the ten category winners, earning the grand title of Coin of the Year. The United States Mint last won Coin of the Year in 2021.

The obverse (heads) of the Women’s Suffrage Centennial Silver Dollar features overlapping profiles of three distinct women. Each woman is wearing a different type of hat to symbolize the many decades the suffrage movement spanned. The figure in the foreground is wearing a cloche hat with an art deco pattern and a button with the year of the 19th Amendment’s ratification. The inscriptions “LIBERTY,” “$1,” and “E PLURIBUS UNUM” encircle the design.

The coin’s reverse (tails) features the inscription “2020” being dropped into a ballot box styled with art deco elements to indicate the artistic style of the era. “VOTES FOR WOMEN” is inscribed inside a circle of the front of the box. The inscriptions “UNITED STATES OF AMERICA” and “IN GOD WE TRUST” are featured on the ballot box.

Artistic Infusion Program artist Christina Hess designed both the obverse (heads) and reverse (tails) of the coin, which were then both sculpted by United States Mint Medallic Artist Phebe Hemphill.

Authorized by Public Law 116-71, the Women’s Suffrage Centennial Commemorative Coin Act, the Women’s Suffrage Silver Dollar was a commemorative coin that was minted and issued during 2020. Surcharges from the sale of these coins were authorized to be paid to the Smithsonian Institution American Women’s History Initiative for research and creation of exhibits and programs to highlight the history and impact of women in the United States.

Congress created the United States Mint in 1792, and the Mint became part of the Department of the Treasury in 1873. As the Nation’s sole manufacturer of legal tender coinage, the Mint is responsible for producing circulating coinage for the Nation to conduct its trade and commerce. The Mint also produces numismatic products, including proof, uncirculated, and commemorative coins; Congressional Gold Medals; silver and bronze medals; and silver and gold bullion coins. Its numismatic programs are self-sustaining and operate at no cost to taxpayers.