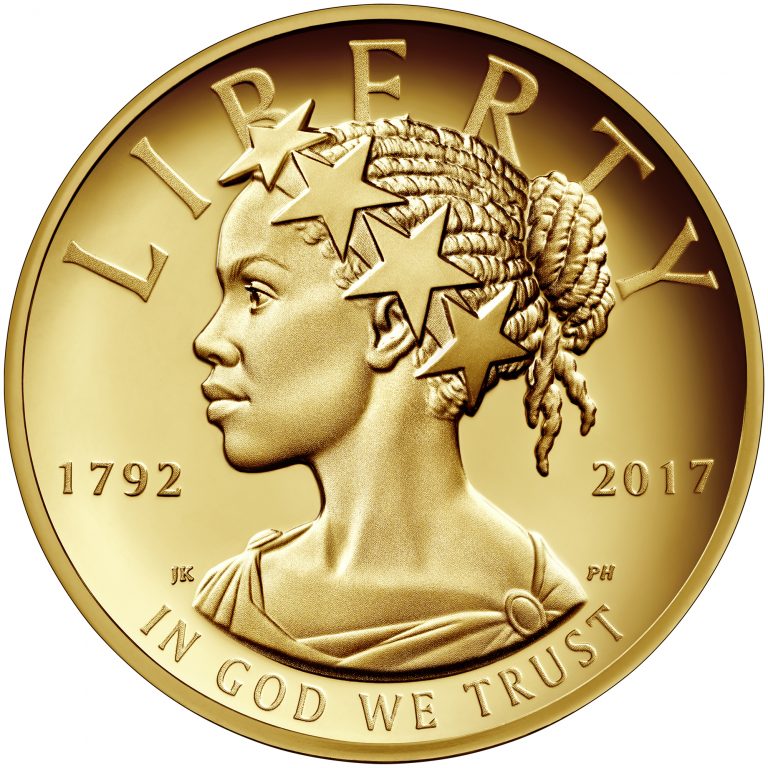 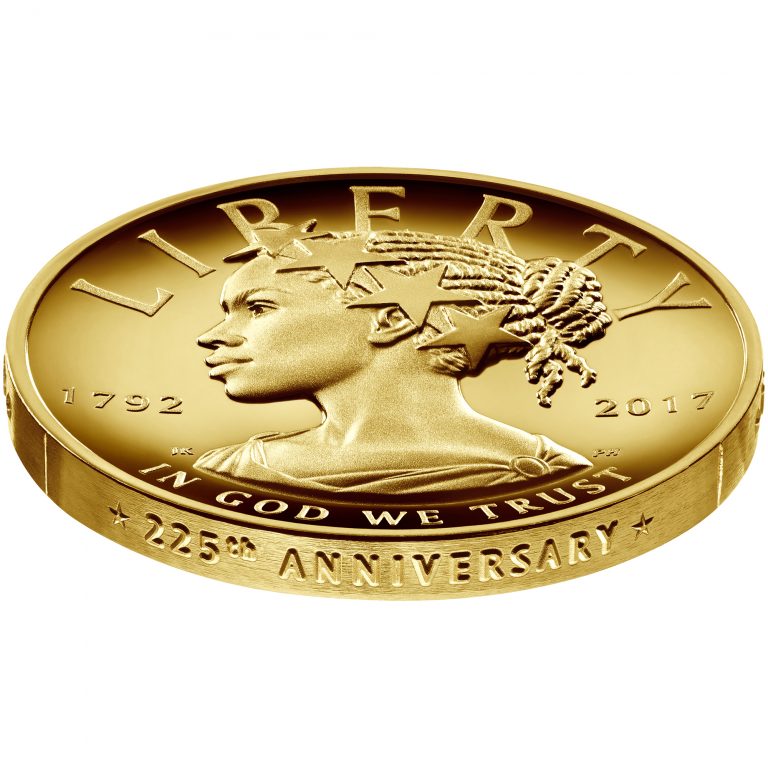 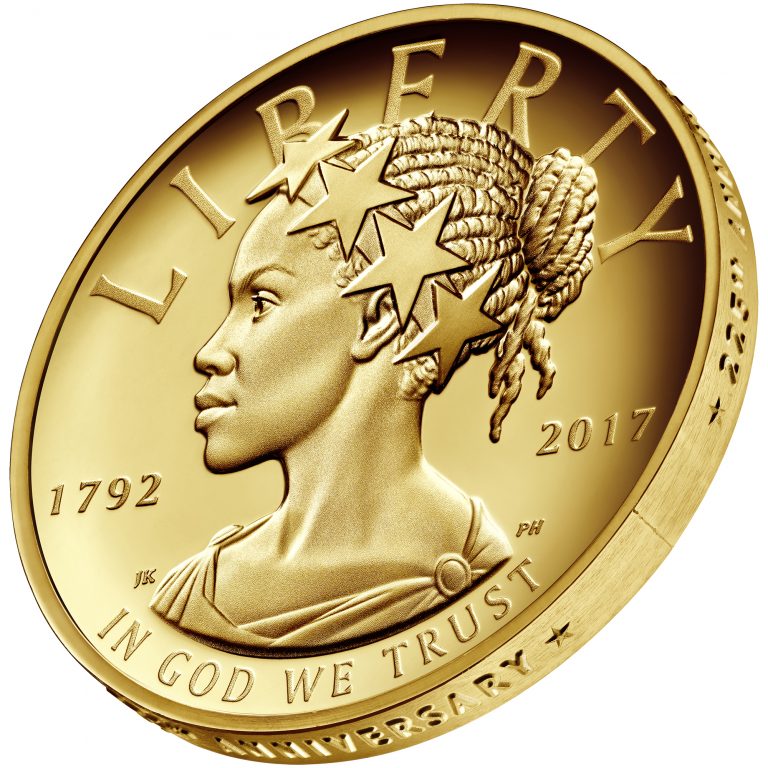 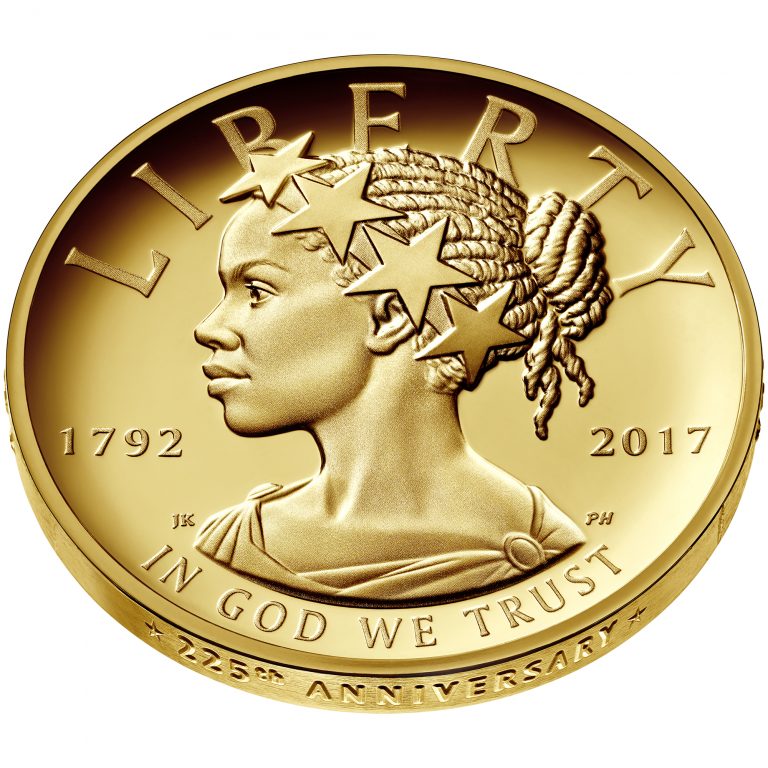 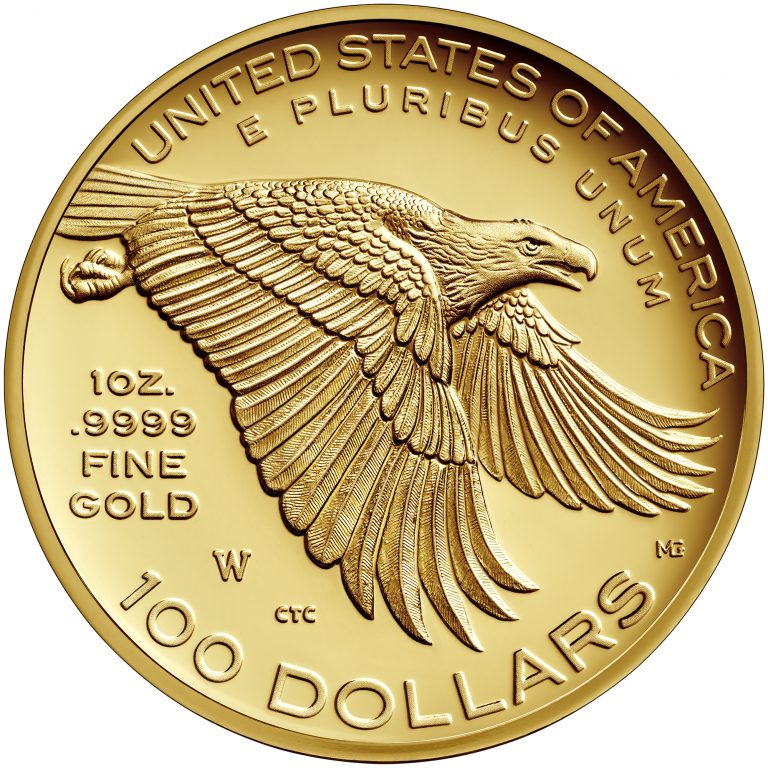 Emblematic figures of liberty have graced American coins since the founding of the United States Mint in 1792. The newest Lady Liberty is a modern rendition of this iconic figure that embodies the ideals of freedom and equality first set forth in our Declaration of Independence. Liberty is portrayed as an African American woman for the first time.

The American Liberty 225th Anniversary Gold Coin is 99.99 percent, 24-karat gold. It is the first high relief coin with a proof finish ever minted by the United States.

The obverse features a profile of Liberty wearing a crown of stars.

The reverse depicts a bold and powerful eagle in flight, with eyes toward opportunity and a determination to attain it.