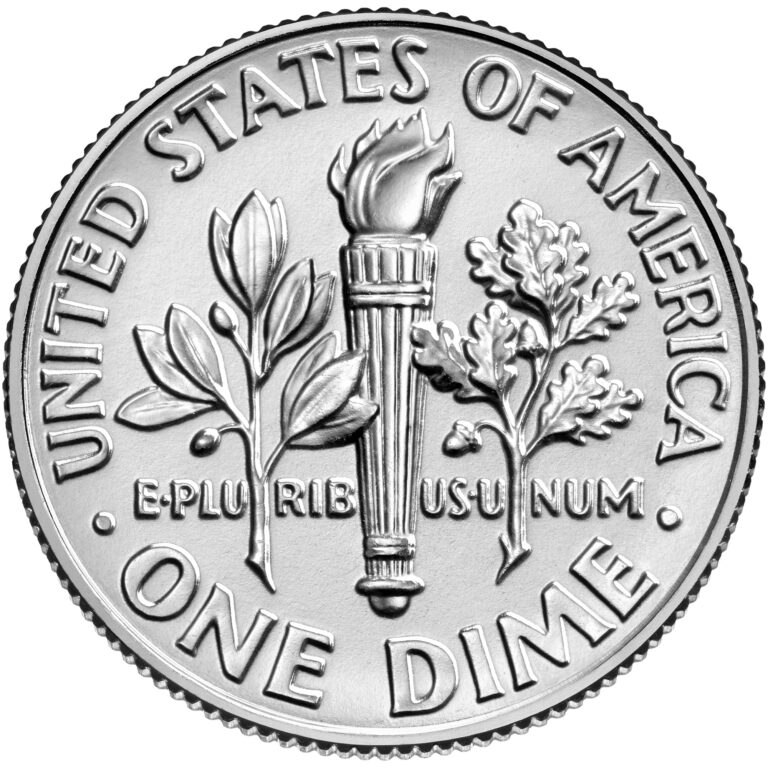 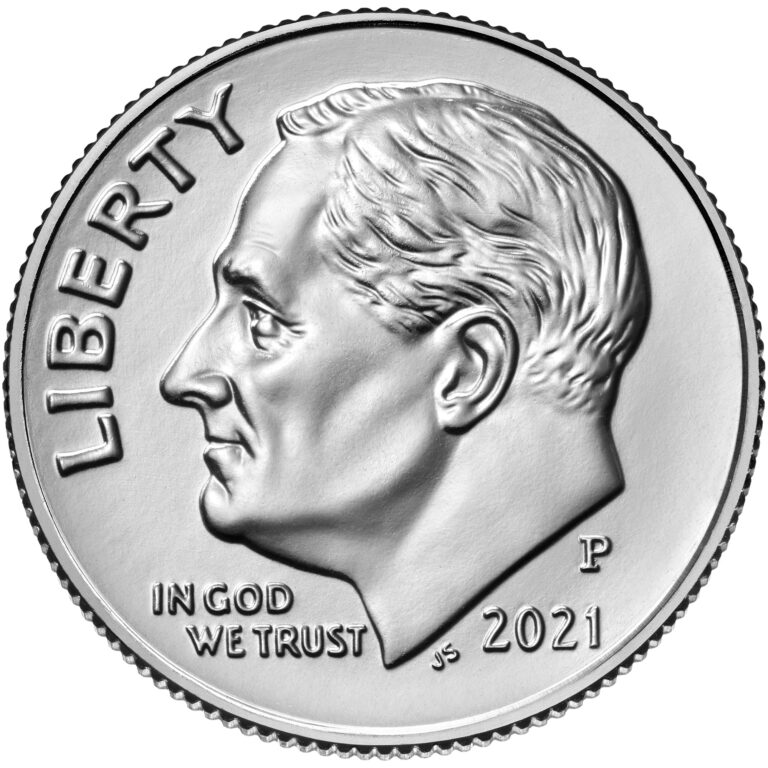 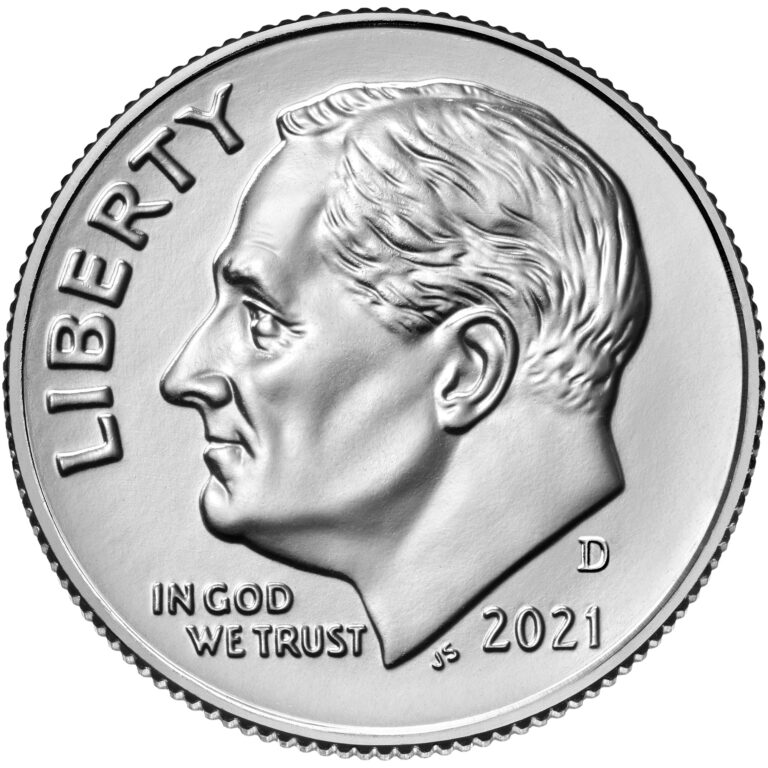 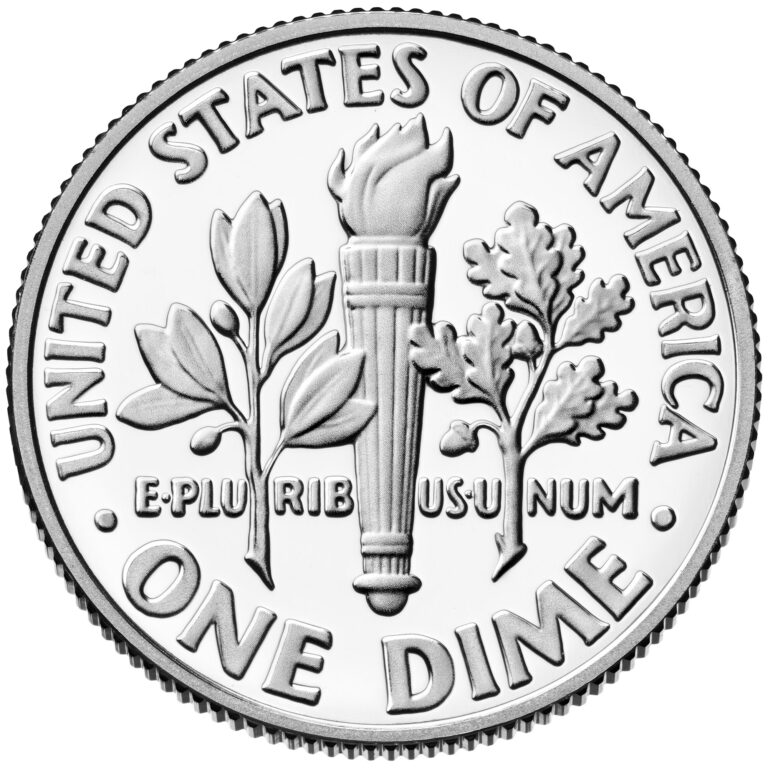 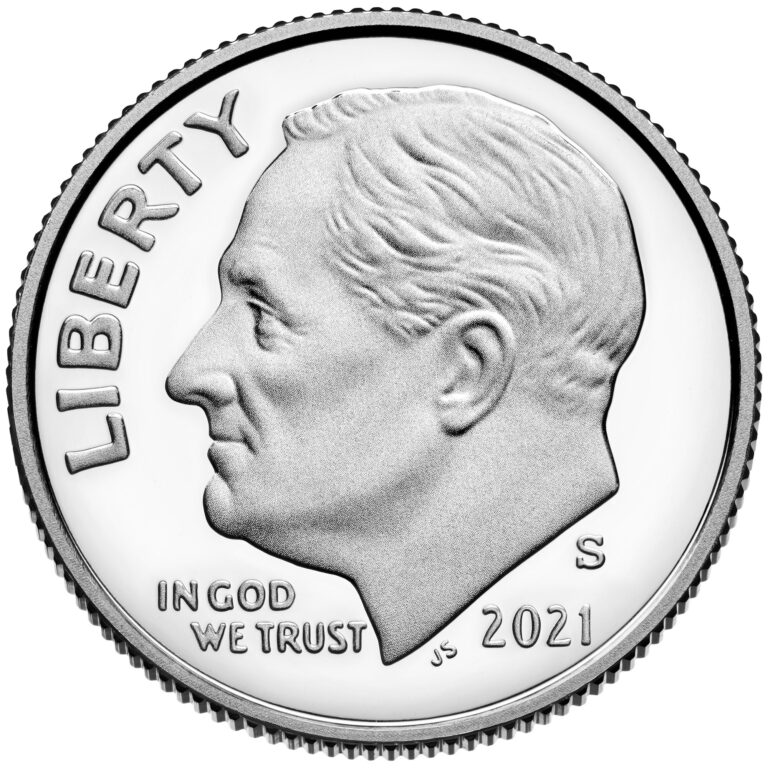 The “Roosevelt” theme is the current design of the U.S. 10-cent coin. The U.S. Mint first issued this design in 1946, soon after the death of President Franklin D. Roosevelt. The Mint released it on January 30 of that year to honor his birthday. The obverse (heads) shows Roosevelt’s profile. The torch, olive branch, and oak branch on the reverse (tails) represent liberty, peace, and strength.

The dime was a logical choice for honoring Roosevelt because he supported the March of Dimes, a program that raised funds for research to find a cure for polio. He contracted polio when he was 39 years old.

The Mint made the first dimes in 1796. They were small silver coins. The designs from 1796 to 1837 showed Liberty on the obverse and an eagle on the reverse. In 1837, a wreath design replaced the eagle. Liberty, in various forms, stayed on the dime until 1946.

From 1916 to 1945, the Mint produced the “Mercury” dime designed by Adolph A. Weinman. The obverse showed a profile of Liberty wearing a cap with wings to represent freedom of thought. The design got its name because it reminded people of the Roman god, Mercury. A fasces – a bundle of rods tied around an axe – and an olive branch appeared on the reverse. The two symbols represented America’s military readiness and the desire for peace. The Mercury dime is considered one of the most beautiful coins in our country’s history.

In 1965, the Mint removed silver from the dime and the composition became copper-nickel clad.