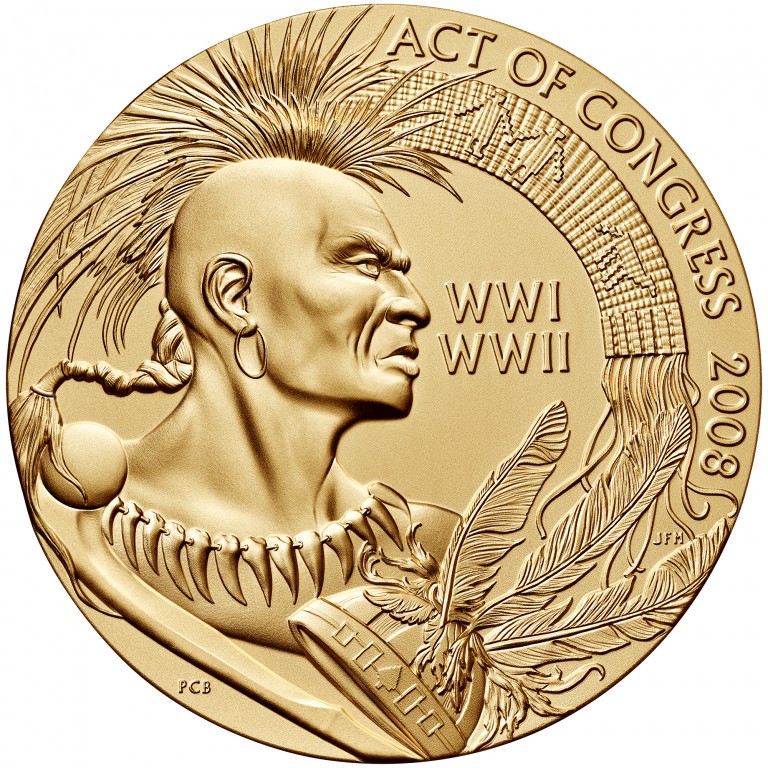 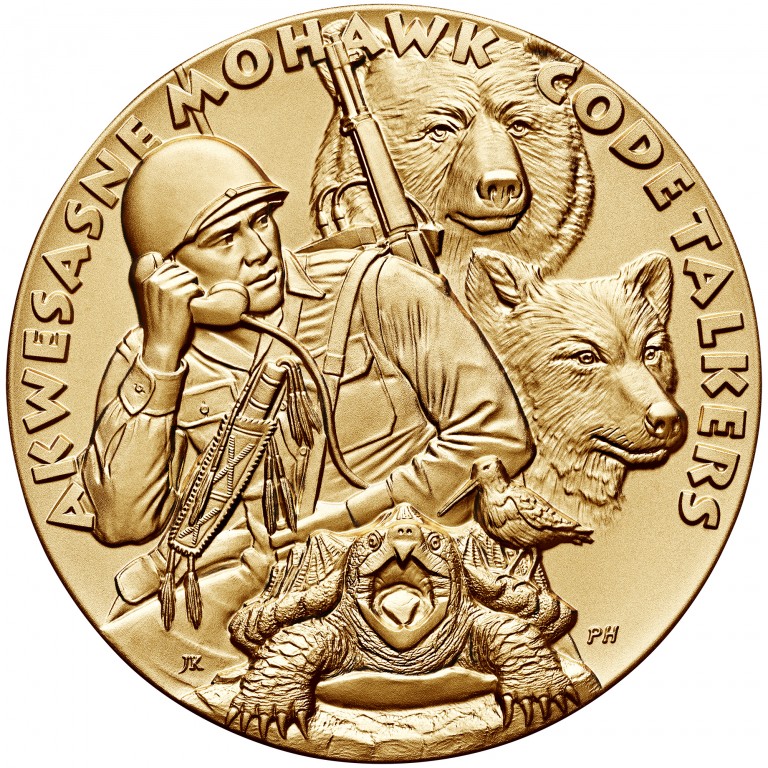 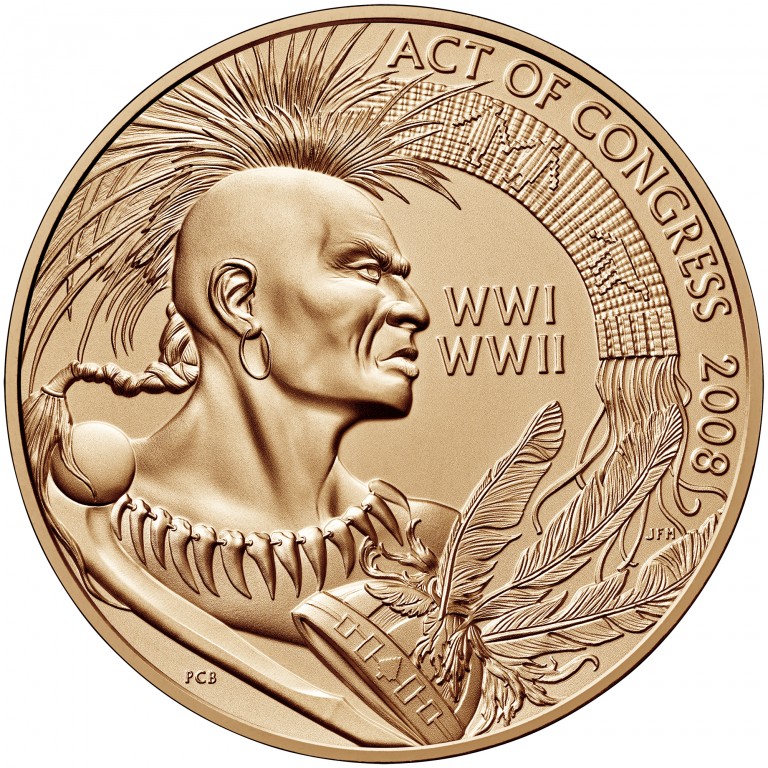 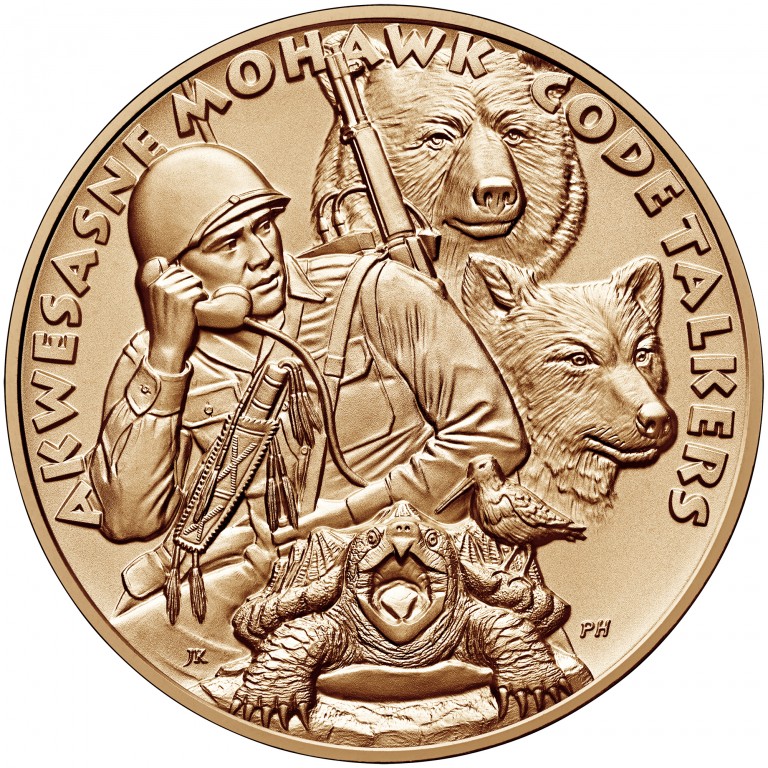 The obverse design features a WWII code talker, a snipe and the principal clans of the Mohawk Tribe—a bear, a wolf and a snapping turtle.

The reverse design features a profiled figure, a Mohawk kustowa headdress, a bear claw necklace, a war club, and a Mohawk Wolf Belt.