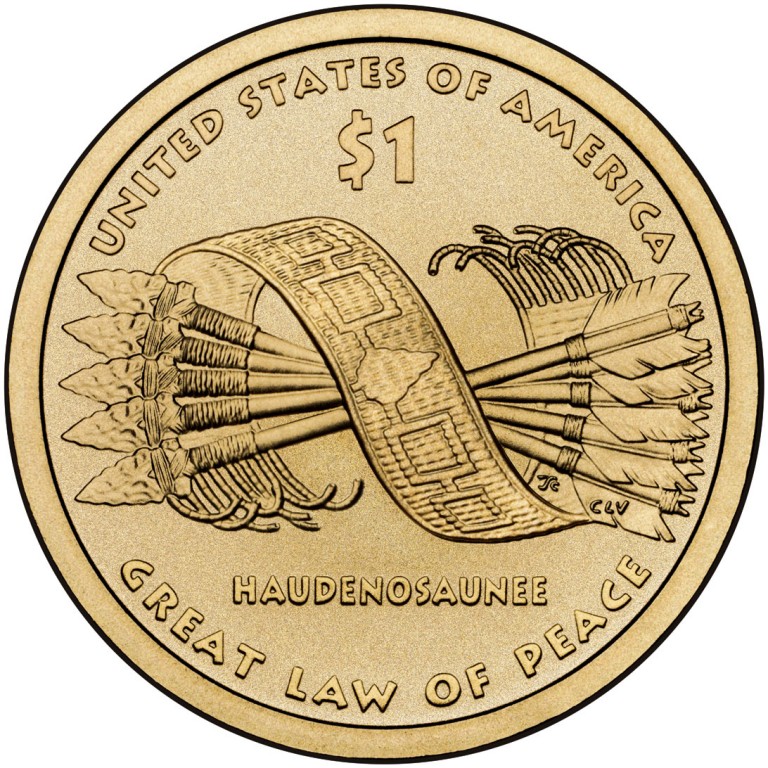 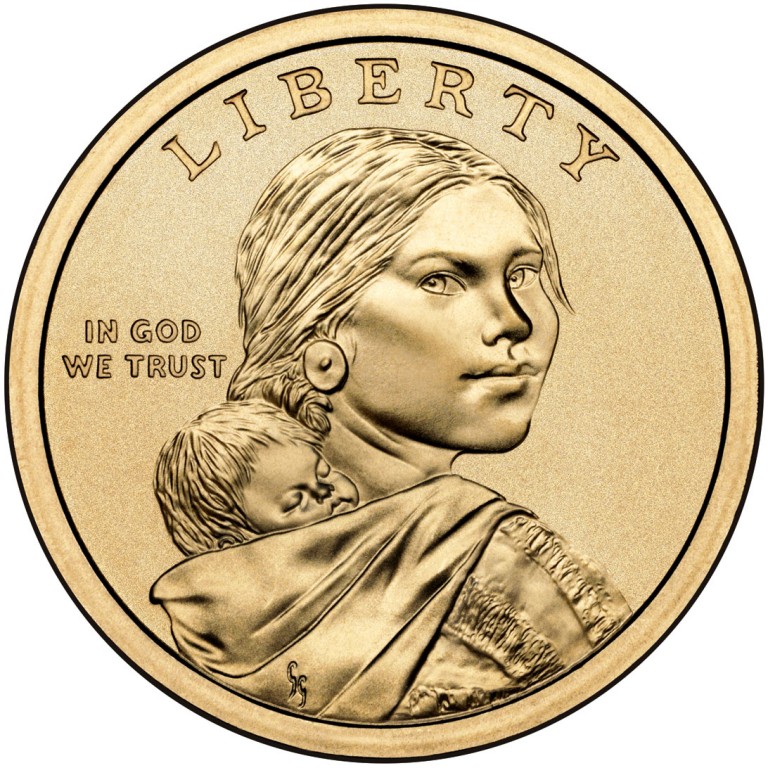 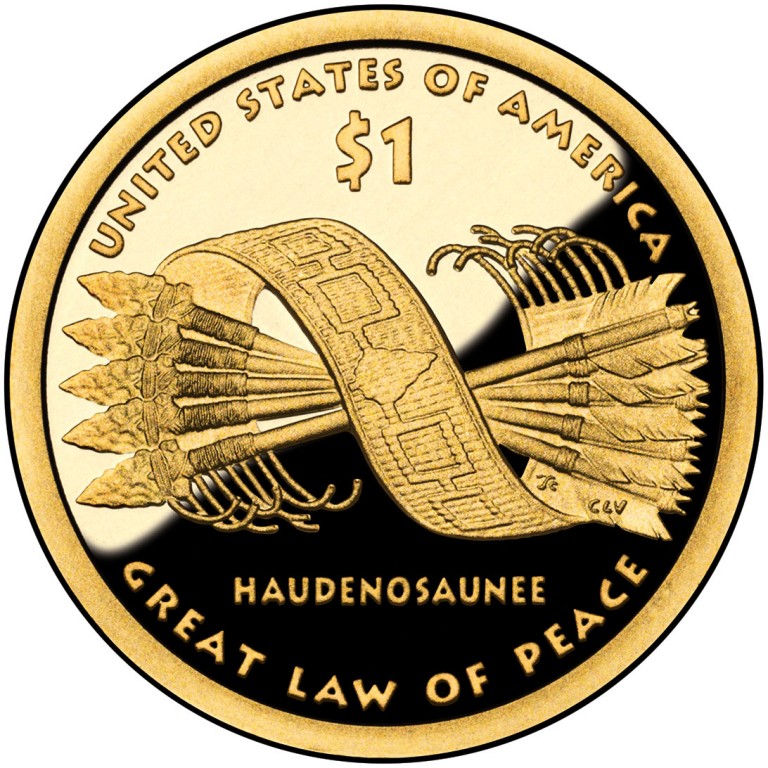 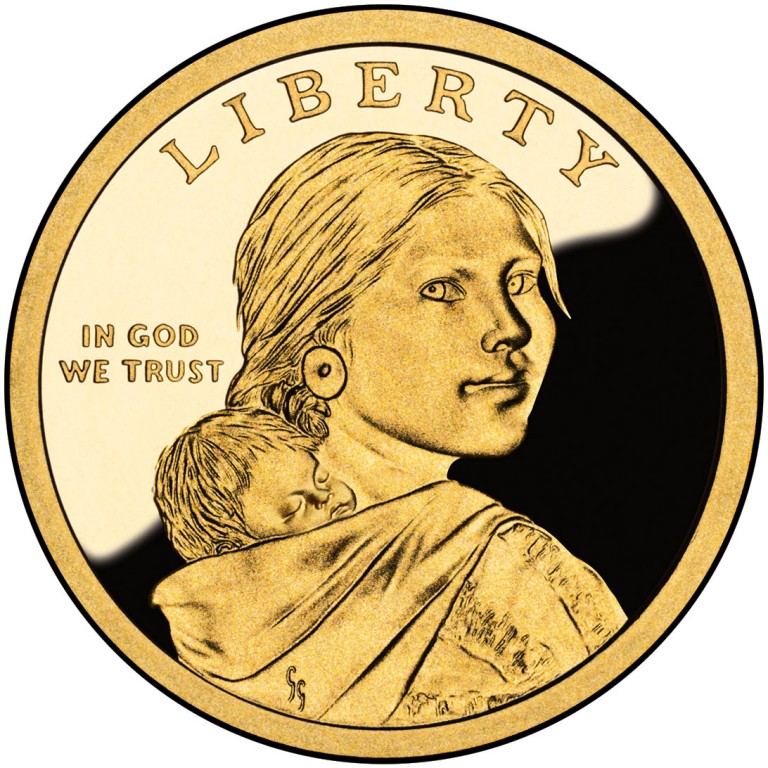 The theme for the 2010 Native American $1 Coin is “Government—The Great Tree of Peace.”

The Haudenosaunee Confederation, also known as the Iroquois Confederacy of upstate New York, was remarkable for being founded by two historic figures, the Peacemaker and his Onondaga spokesman, Hiawatha, who spent years preaching the need for a league. The Peacemaker sealed the treaty by symbolically burying weapons at the foot of a Great White Pine, or Great Tree of Peace, whose five-needle clusters stood for the original five nations: Mohawk, Oneida, Onondaga, Cayuga, and Seneca.

The Hiawatha Belt is a visual record of the creation of the Haudenosaunee dating back to the early 1400s, with five symbols representing the five original Nations. The Haudenosaunee symbol, the Great White Pine, is the central figure on the belt, also representing the Onondaga Nation. The four square symbols on the belt represent the Mohawk, Oneida, Cayuga, and Seneca nations. The bundle of five arrows symbolizes strength in unity for the Iroquois Confederacy.

Northern European settlers from France, England, and the Netherlands interacted with the Haudenosaunee as a separate diplomatic power. The success of the confederation showed the colonists that the Greek confederacies they had read about in the histories of Polybius were a viable political alternative to monarchy. The symbolism of the Great Tree of Peace and eagle sitting on its top were adopted as national icons during the American Revolution.

Some early narratives by explorers and missionaries introduced Europe to Native American societies which practiced equality and democratic self-government. These narratives quickly found their way into classics of European thought, including Sir Thomas More’s “Utopia” and Montaigne’s “Essays.” John Locke cited the Huron election of its chiefs in his refutation of the Divine Right of Kings.

When the newly independent Americans devised a continental government, they may have seen in these native societies living examples of the successful confederacies that they admired in the ancient Greek histories. Many tribal groups established confederations often based on linguistic affinity. One of the most famous and powerful of these Native leagues was the Iroquois Confederacy, known to its members as the Haudenosaunee (People of the Longhouse) or the Six Nations.

The reverse design features an image of the Hiawatha Belt with five arrows bound together.