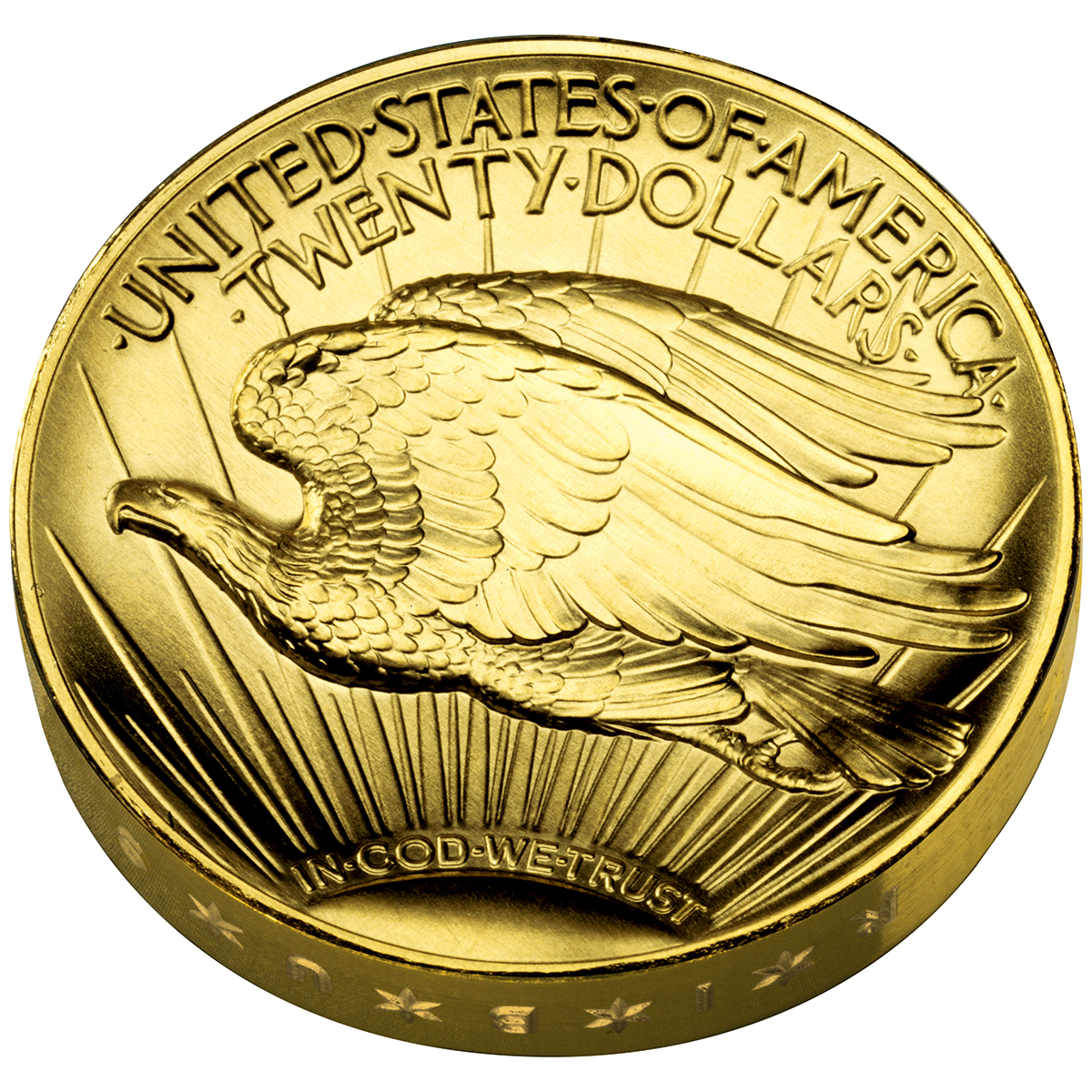 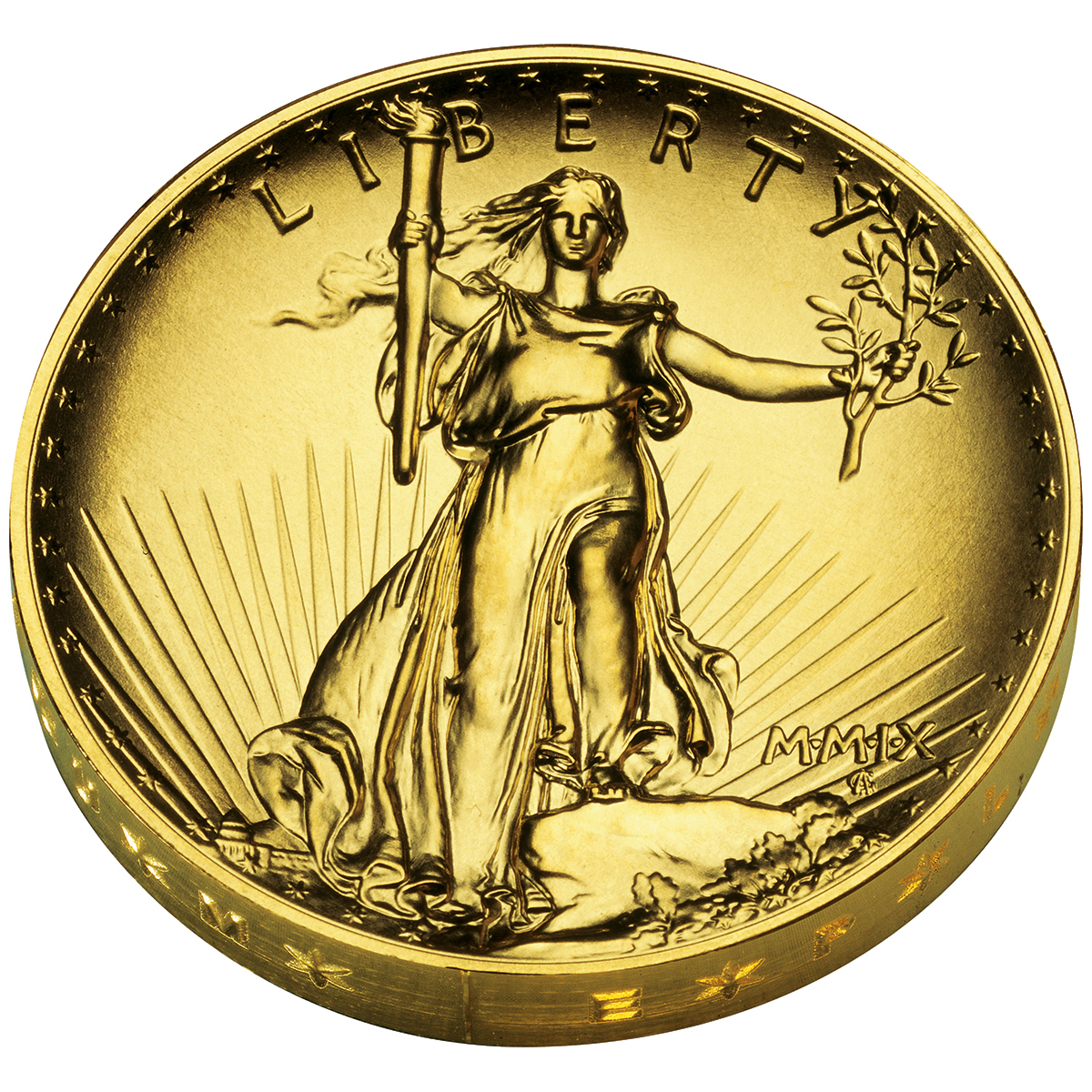 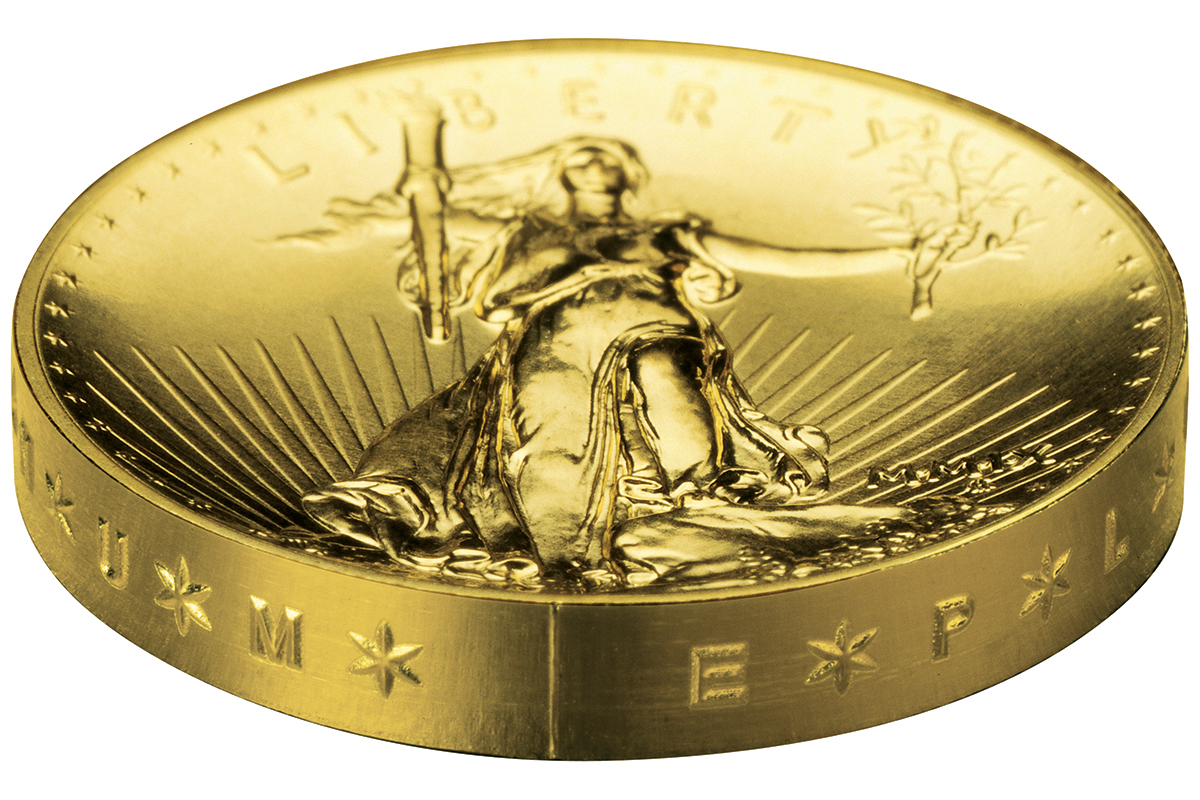 Through 21st century technology and the vision of Director Ed Moy, original Saint-Gaudens coin plasters were digitally mapped by the United States Mint. Using the digital design and die-making process, the Saint-Gaudens sculpture—in ultra high relief—has been updated to reflect the year 2009, an additional four stars to represent the current 50 states, and the inscription “In God We Trust,” which was not on the 1907 version.

Additionally, a small border was added for a more consistent edge. The 2009 coin will be made of 24-karat gold. Pure 24-karat gold is much more malleable than 22-karat or 90% gold coins, making it better material for striking the ultra high relief.

Obverse: Saint-Gaudens' Liberty, personified by a statuesque woman striding powerfully forward. Liberty is leading the way with a torch in her front hand and an olive branch in the back hand. The United States Capitol dome is also depicted in the background.

Reverse: A young eagle flying during a sunrise is depicted on the reverse. The motto, "E PLURIBUS UNUM" is on the edge of the coin, allowing a cleaner design on the obverse and reverse.