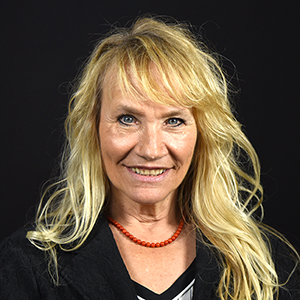 Jennie Norris is a professional graphic designer, illustrator, and award-winning fine artist. Her background is in product development and design in the gift and stationery industry. Her clients have included Crayola, Sea World, Hasbro, Hershey, and product placement in retailers such as Michael’s, JoAnn Stores, Target, and Costco. She is currently a graphic designer at the University of Arizona.

During her years as a professional fine artist, she exhibited in numerous group and solo shows in Arizona. Her works were added to private collections all over the United States. She is published in several publications including Strokes of Genius: The Best of Drawing (North Light Books).

Jennie primarily works in graphite, liquid graphite, and watercolor. She spends as much time as possible outdoors, gathering reference and inspiration in an effort to communicate her love and excitement for nature. She passionately supports wildlife conservation as well as rescue, rehabilitation, and sanctuary.

A resident of Tucson, Arizona since 1976, Jennie considers the desert her home. She is passionate about the Sonoran Desert flora, fauna, and rustic architecture as well as the rich spiritual history of the Hispanic and Indian cultures. Intensely drawn to rustic details she strives to capture those details, which inspired her to draw them in the first place.