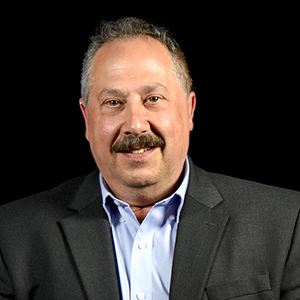 Steve Ferris studied Advertising Art and Design at Farmingdale State University. Under the guidance of Rafael DeSoto, he began mastering figure drawing. Strongly influenced by artists such as Frank Frazetta, Norman Rockwell, Howard Pyle, and others, Steve went directly to the world of paperback publishing.

Steve produced science fiction and fantasy book jackets for Ballantine Books, Dell Rey Books, Berkley Books, and the Nelson Doubleday Science Fiction Book Club. He made book jackets for authors such as Isaac Asimov, Joel Rosenberg, John Brunner, Leigh Brackett, Alan Dean Foster, Poul Anderson, and John Varley. His work also extends into the world of advertising where he created weekly pencils for ABC’s Dynasty, The Fall Guy, and Call to Glory. Institutional work for Stony Brook University garnered Steve awards such as C.A.S.E., CUAD, and four BOLI Awards for his artistic contributions for B to B on Long Island.

Some of Steve’s early achievements include an interview for an article called “Conventional to Digital Art in the Fantasy World” in CA Computer Arts Magazine, where his digital and hybrid art was featured. He was recognized as the Artist Guest of Honor at ICON in Stony Brook 2007. His work was exhibited in Spectrum: The Best in Contemporary Fantastic Art, the Society of Illustrators of New York, IX9, IX11, and Infected By Art.

In recent years, Steve’s work has adorned silver collectible coins and miniatures. He even designed apparel images for Harley Davidson, the Hard Rock Cafe, Planet Hollywood, and the Smithsonian. He works digitally as well as with pencil, acrylic, oil, and watercolor.

Steve resides in eastern Long Island with his wife and two sons.