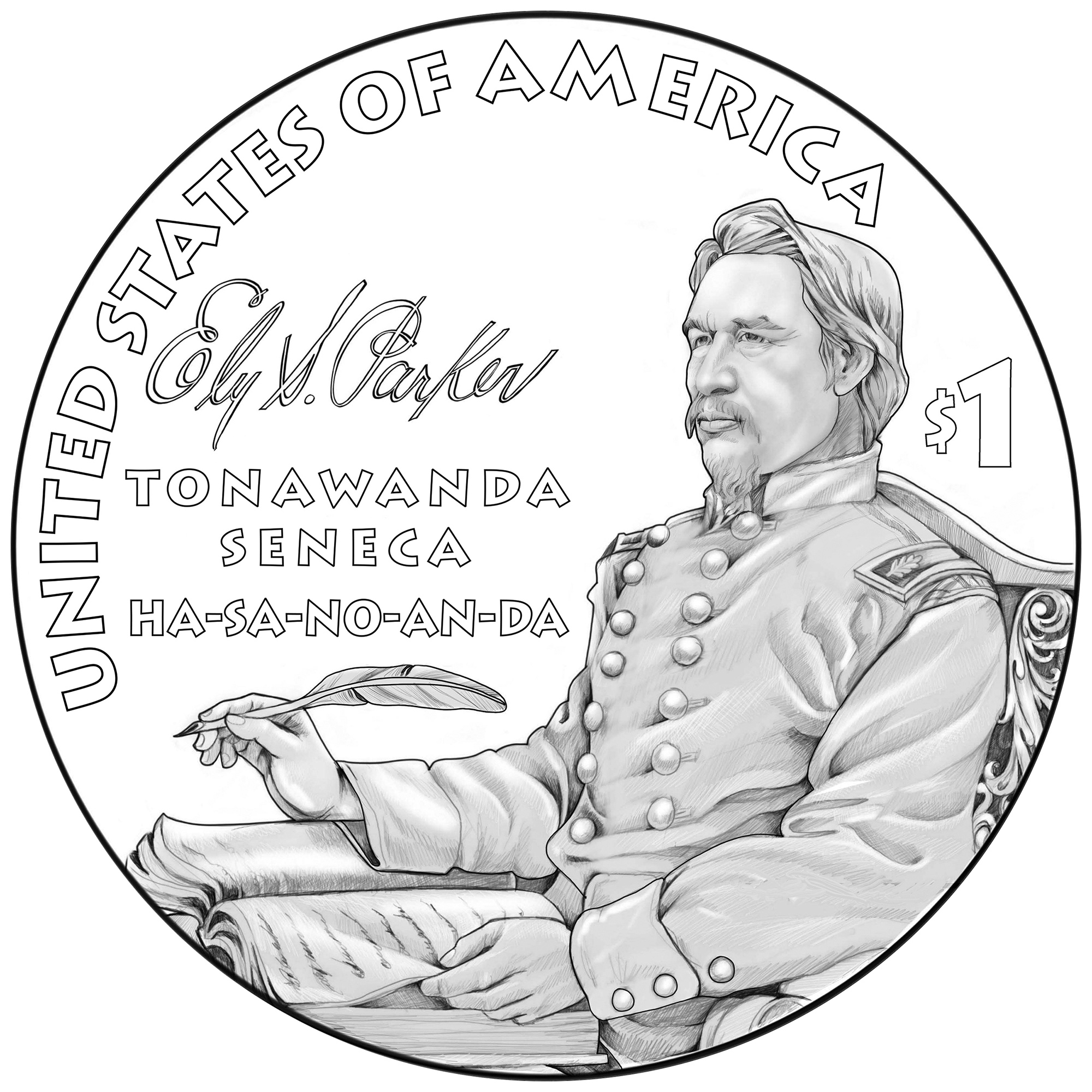 WASHINGTON – The United States Mint (Mint) today officially announced the design for the 2022 Native American $1 Coin. The 2022 Native American $1 Coin will commemorate Ely S. Parker, a U.S. Army officer, engineer, and tribal diplomat, who served as military secretary to Ulysses S. Grant during the U.S. Civil War. When Robert E. Lee surrendered at Appomattox, Virginia, on the morning of April 9, 1865, Parker rendered the formal surrender documents in his own hand.

Designed by United States Mint Artistic Infusion Program Designer Paul C. Balan and sculpted by United States Mint Chief Engraver Joseph Menna, the reverse (tails) design features Parker, depicted in Army uniform, with a quill pen and book, along with a likeness of his graceful signature, as symbols of his experience as an expert communicator. The inscriptions “TONAWANDA SENECA” and “HA-SA-NO-AN-DA” recognize his tribe and the name given to him at birth. Additional inscriptions include “UNITED STATES OF AMERICA” and “$1.”

The obverse (heads) of the 2022 Native American $1 Coin will continue to feature the central figure “Sacagawea” carrying her infant son, Jean Baptiste, by sculptor Glenna Goodacre. Inscriptions are “LIBERTY” and “IN GOD WE TRUST.” The year, mint mark, and “E PLURIBUS UNUM” are incused on the edge of the coin.