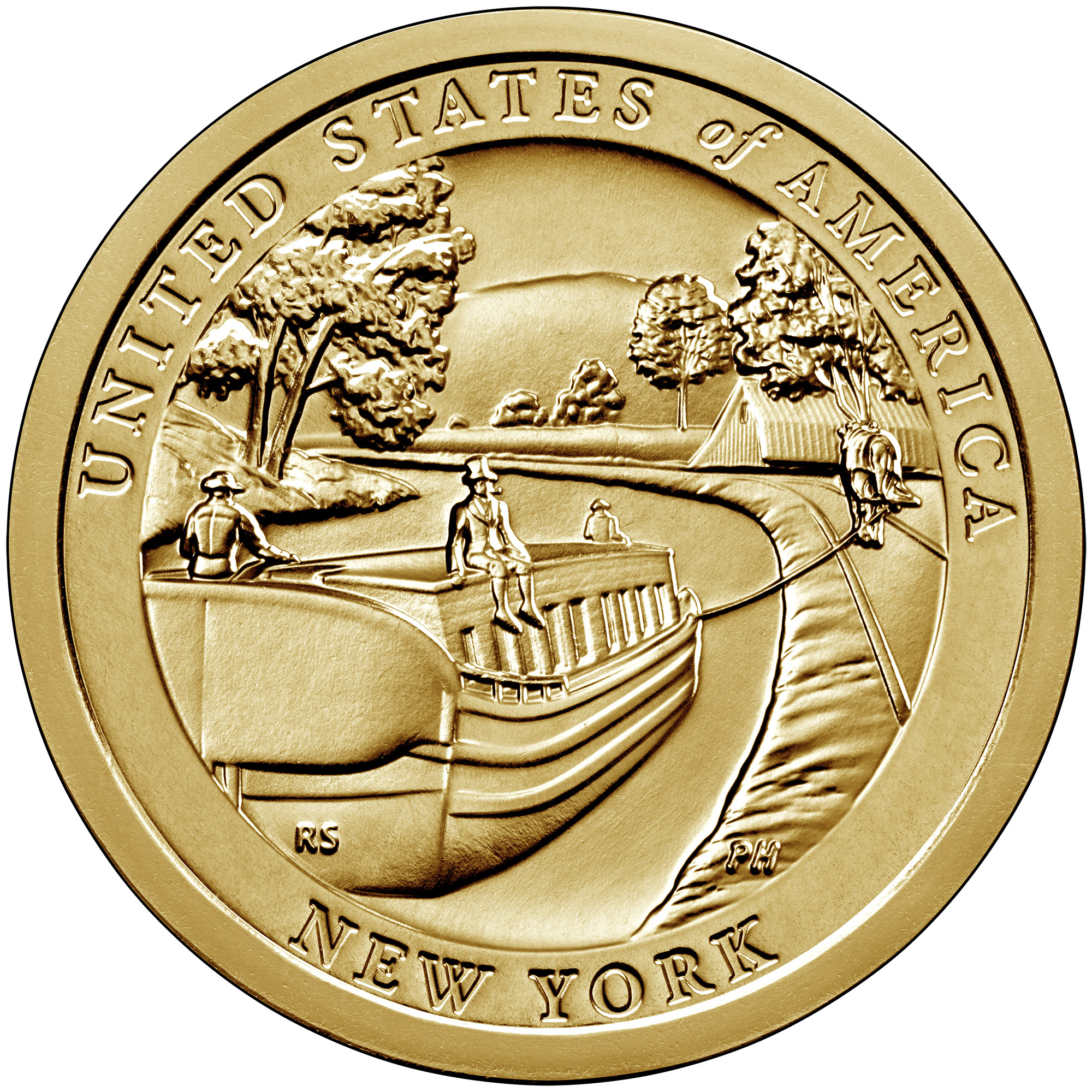 WASHINGTON – The United States Mint (Mint) is releasing the third coin of 2021 in the American Innovation $1 Coin Program on August 31 at noon EDT. The coin recognizes innovation from the State of New York and will be available in the following packaging options from the Mint’s facilities in Philadelphia and Denver:

The American Innovation $1 Coin Program is a multi-year series featuring distinctive reverse (tails) designs that pay homage to America’s ingenuity and celebrate the pioneering efforts of individuals or groups from all 50 states, the District of Columbia, and the U.S. territories.

The New York $1 Coin honors the Erie Canal. Considered an engineering marvel of its day, the canal unlocked the western interior for trade and settlement, and played a critical role in the development of the state as well as the Nation. The reverse design depicts a packet boat being pulled from a city in the east toward the country areas to the west. Inscriptions are “UNITED STATES of AMERICA” and “NEW YORK.” The design was created by Mint Artistic Infusion Program (AIP) Designer Ronald D. Sanders and sculpted by Mint Medallic Artist Phebe Hemphill.

The obverse (heads) of all coins in this series features a dramatic representation of the Statue of Liberty in profile with the inscriptions “IN GOD WE TRUST” and “$1.” It also includes a privy mark of a stylized gear, representing industry and innovation. The design was created by AIP Designer Justin Kunz and sculpted by Ms. Hemphill.

The year of minting, mint mark, and inscription “E PLURIBUS UNUM” are incused on the edge of the coins.

To set up a REMIND ME alert for the New York American Innovation $1 Coin product options, please visit:
• https://catalog.usmint.gov/american-innovation-1-coin-2021-rolls-and-bags-new-york-MASTER_INNOVATIONNY.html

Additional products in the American Innovation $1 Coin Program are available at: https://catalog.usmint.gov/coins/coin-programs/american-innovation-dollar-coins/.

Note: To ensure that all members of the public have fair and equal access to United States Mint products, the United States Mint will not accept and will not honor orders placed prior to the official on-sale date and time of August 31, 2021, at noon EDT.