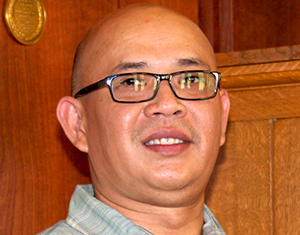 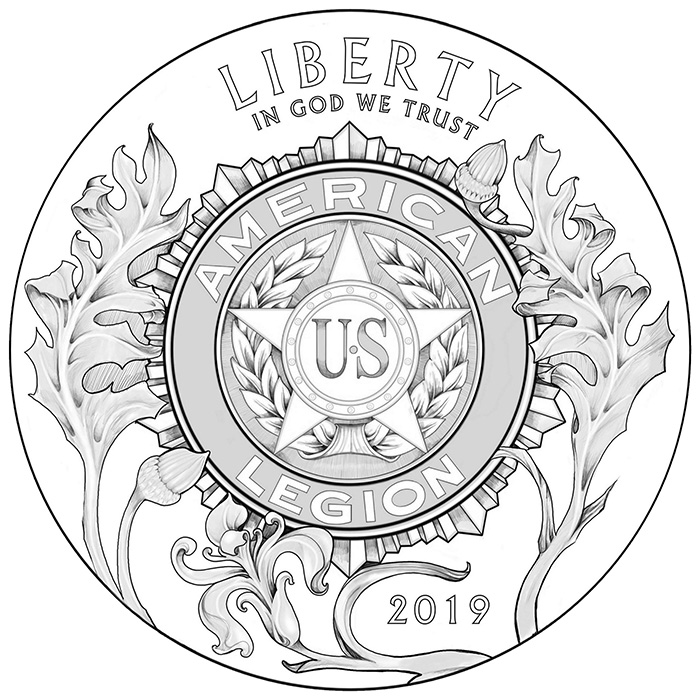 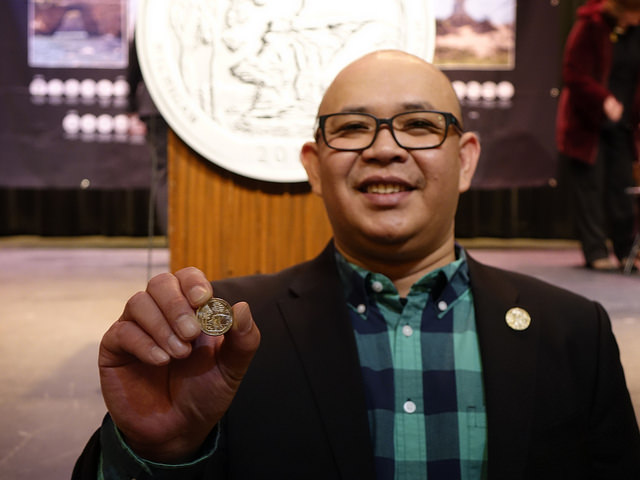 “This opportunity has afforded me the privilege of learning the history of the country I now call home and doing what I love in creating designs for the U.S. Mint.”

Paul C. Balan—a native of Paete, Laguna, Philippines—studied fine arts at the University of Santo Thomas in Manila. Many of his religious works, ranging from murals to stained glass, are on display at churches in the Philippines.Balan immigrated to the United States in 2001 and became a U.S. citizen in 2005. He currently lives with his family in Illinois.

Continuing to produce a wide range of works, Balan receives numerous accolades and was profiled in local publications and news programs. He exhibits his paintings and sculptures regularly, most notably his Lupang Hinirang Series, the first ever visual interpretation of the Philippine national anthem.

The National Humanities Medal is bestowed by the President of the United States in an annual White House ceremony. The inspiration for his award-winning design was the Statue of Liberty which he portrayed as representative of the history, wisdom and generosity of the United States.