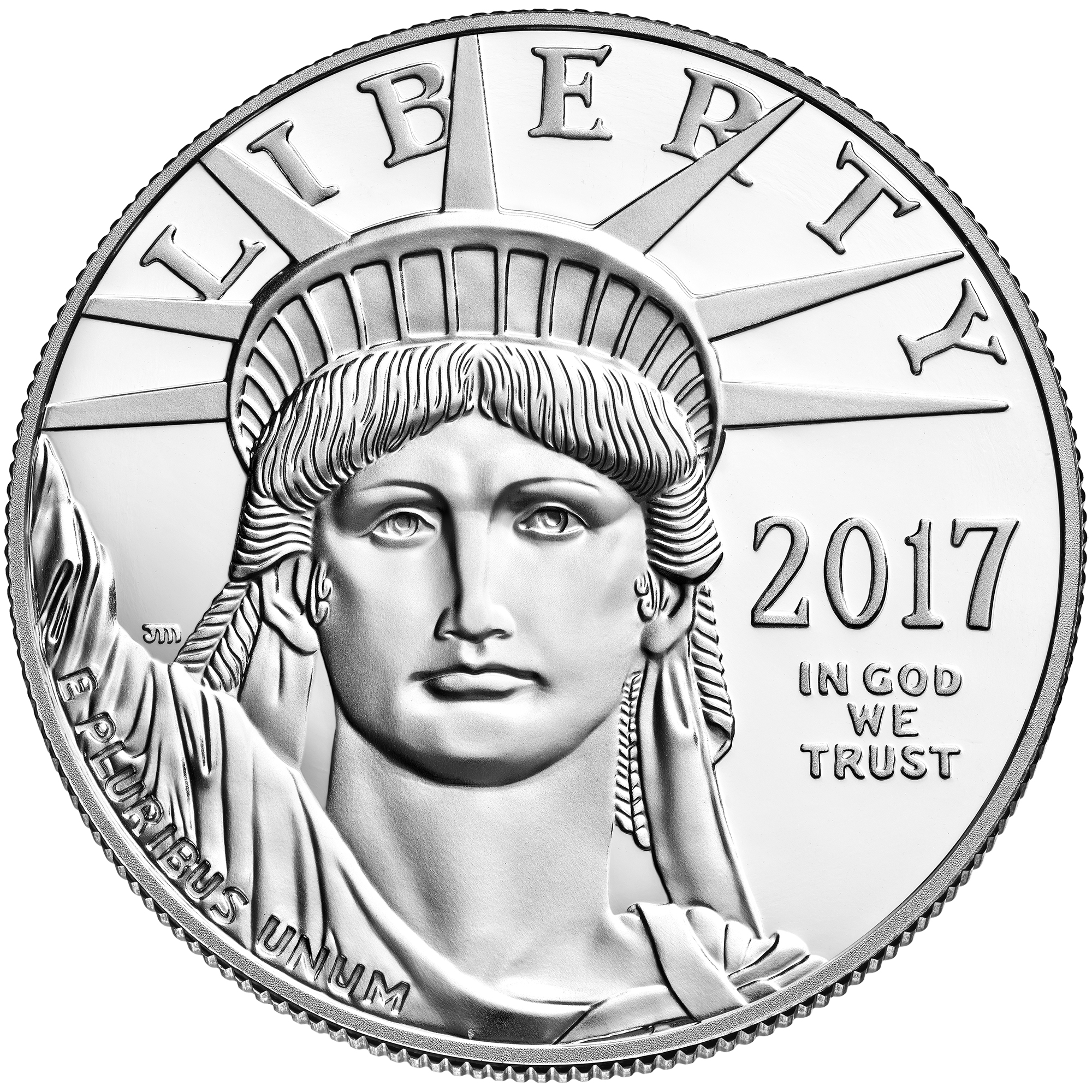 The Mint made numismatic history on June 6, 1997, when it introduced its first legal tender American Eagle Platinum Proof Coin. To commemorate the 20th anniversary of production of this coin, the Mint revived the original designs depicted on the coin. The obverse (heads) features the “Portrait of Liberty” design. Liberty looks to the future in this modern interpretation of an American icon, the Statue of Liberty. Inscriptions include “LIBERTY,” “2017,” “IN GOD WE TRUST,” and “E PLURIBUS UNUM.” The reverse (tails) depicts an Eagle soaring above America. Inscriptions include “UNITED STATES OF AMERICA,” “.9995 PLATINUM 1 OZ.,” and “$100.”

Each coin is encapsulated and packaged in a custom-designed lacquered presentation case with a 20th Anniversary Certificate of Authenticity.

Pricing for the 2017 20th Anniversary American Eagle One Ounce Platinum Proof Coin will be based on the Mint’s pricing schedule for products containing platinum. These products are priced according to the range in which they appear on the 2017 Pricing of Numismatic Gold, Commemorative Gold, and Platinum Products” table. Click here for current pricing information.

The Mint will accept orders at its online catalog and at 1-800-USA-MINT (872-6468) only. Hearing- and speech-impaired customers with TTY equipment may order at 1-888-321-MINT. Visit us online for information about shipping options. This product will not be sold at over-the-counter locations.

The mintage limit for this product will be 10,000 units with a household order limit of one.