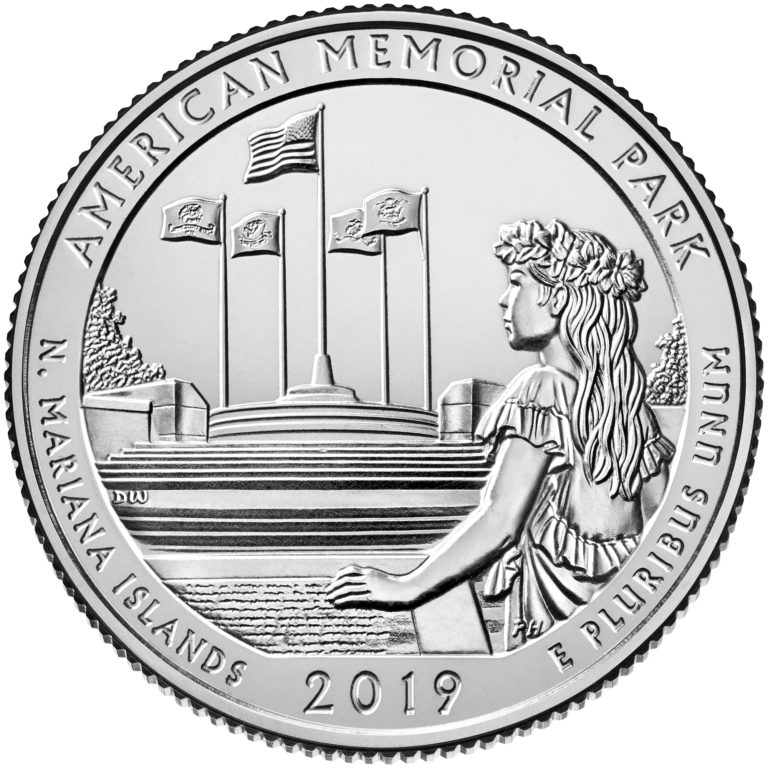 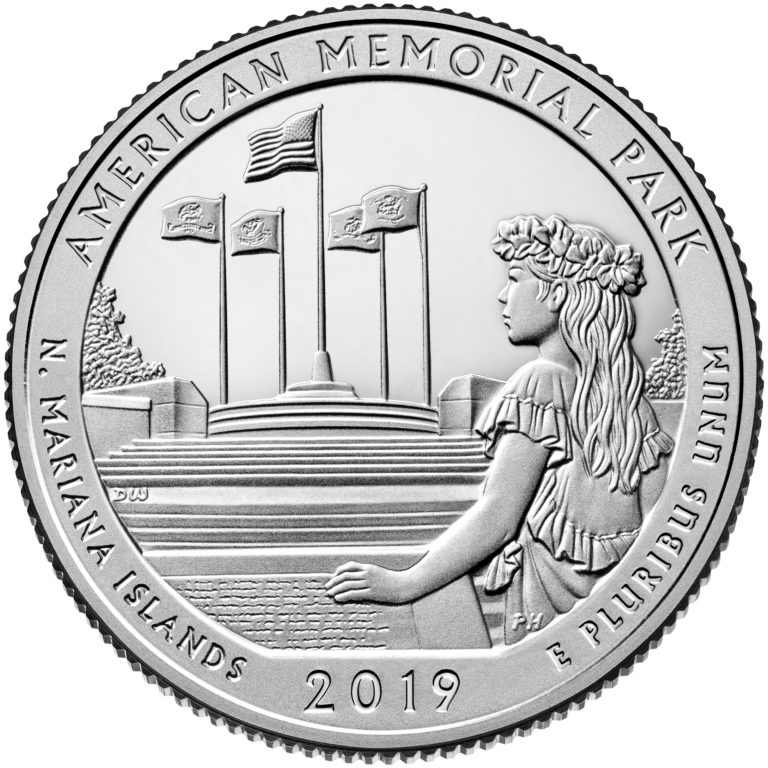 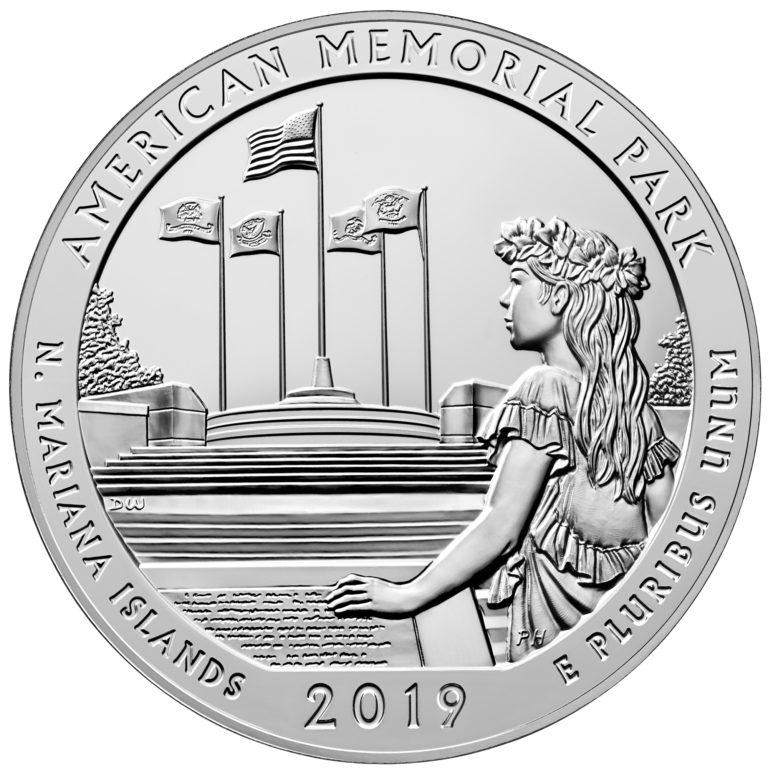 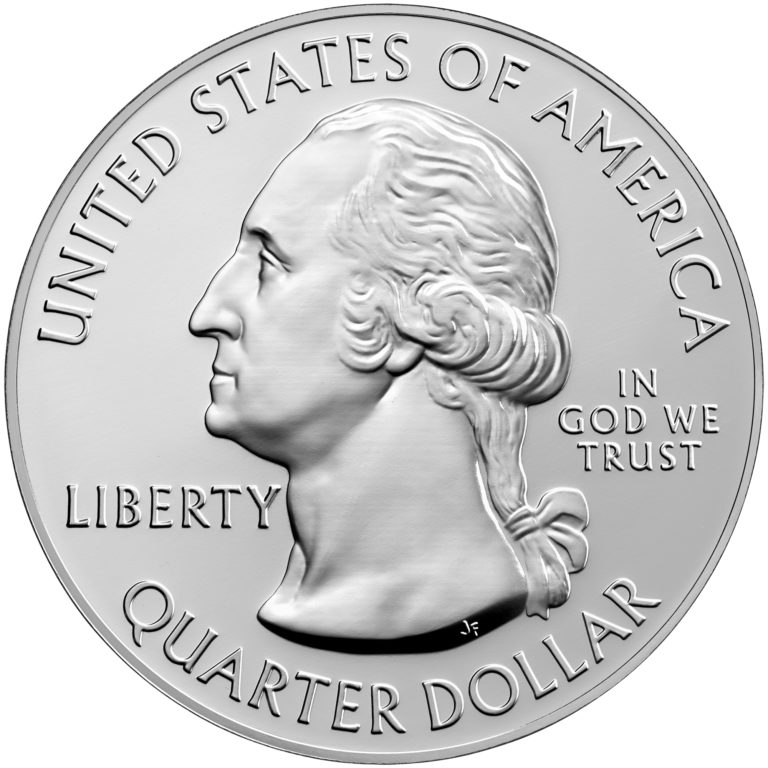 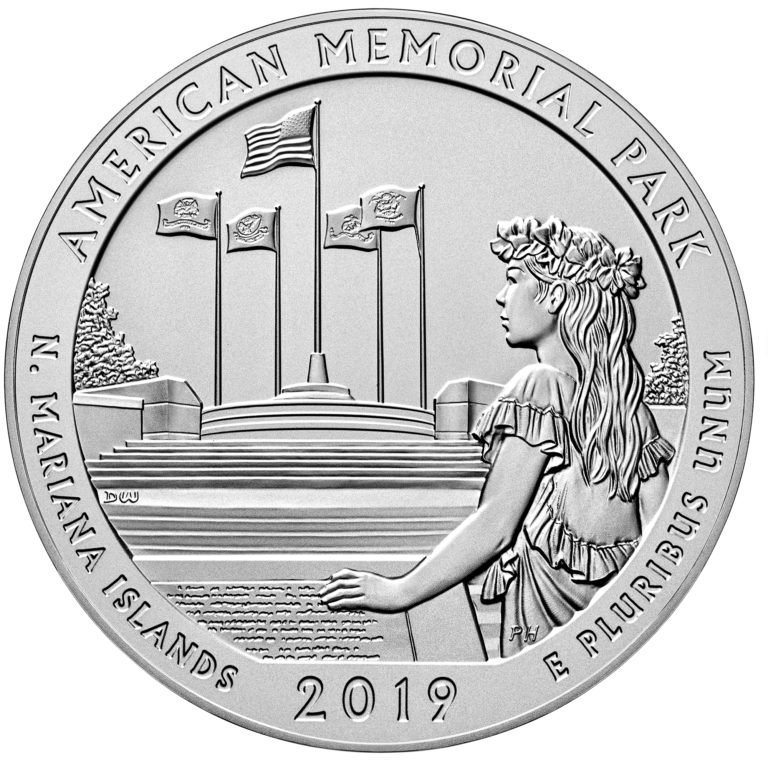 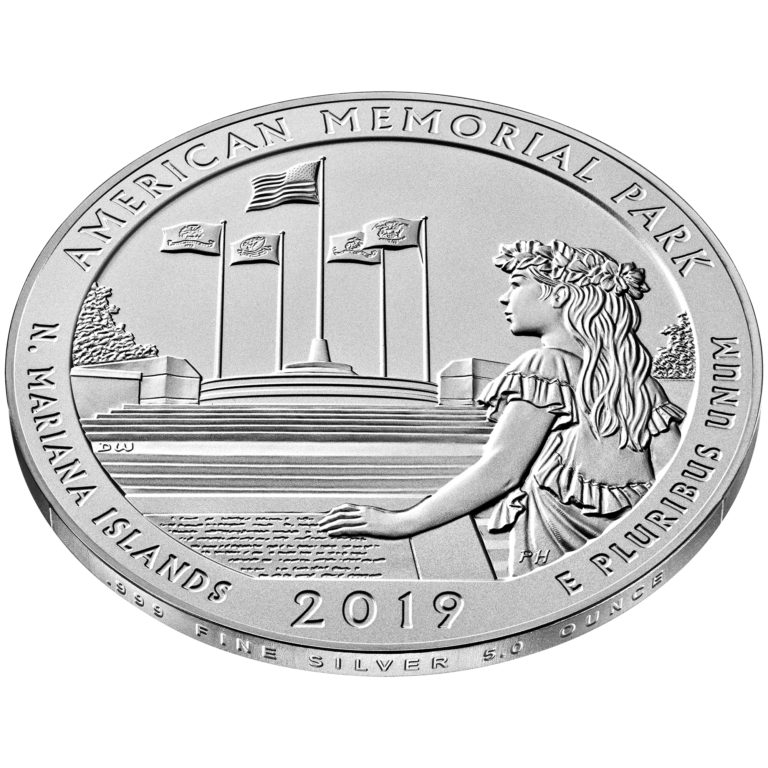 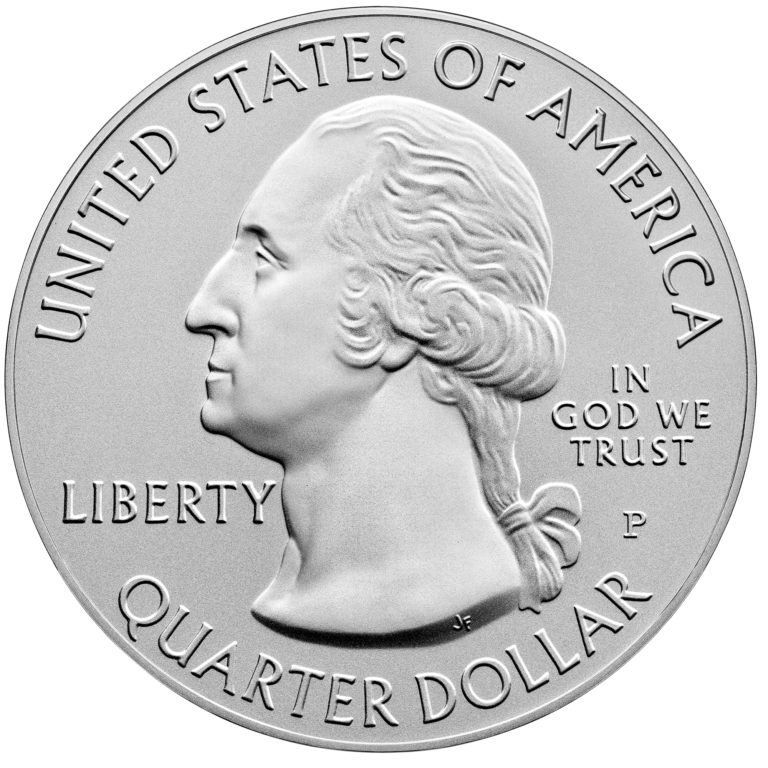 American Memorial Park in Northern Mariana Islands honors the thousands of American troops and local residents of Saipan who gave their lives during the Marianas Campaign of World War II. At the Court of Honor, the American flag is displayed at the center of the Flag Circle and surrounded by the Navy, Marine Corps, Army, and Coast Guard flags. The Court of Honor consists of 26 granite panels inscribed with the names of 5,204 service members who died.

The design depicts a young woman in traditional attire at the front of the Flag Circle and Court of Honor. She is resting her hand on the plaque whose text honors the sacrifice of those who died in the Marianas Campaign of World War II.