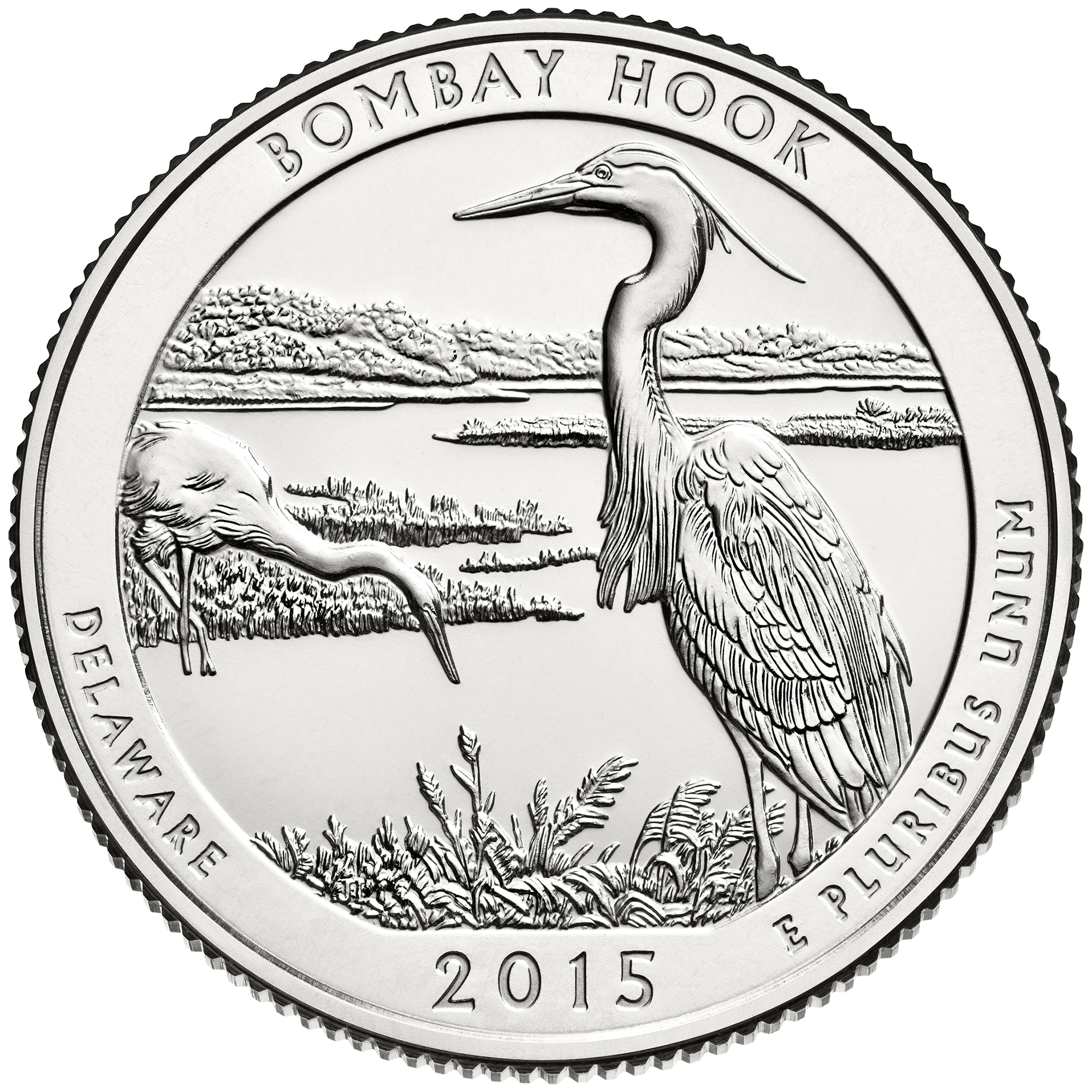 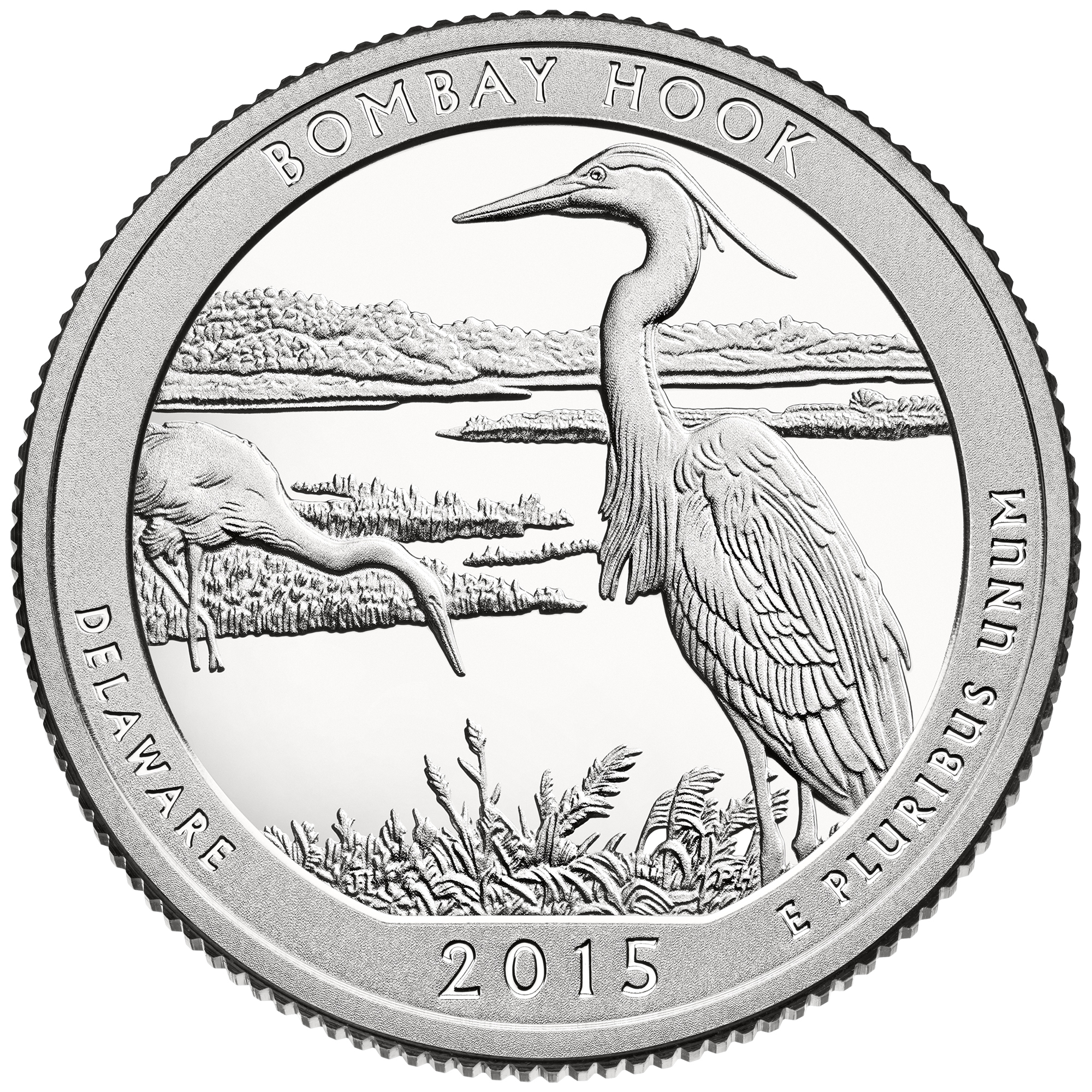 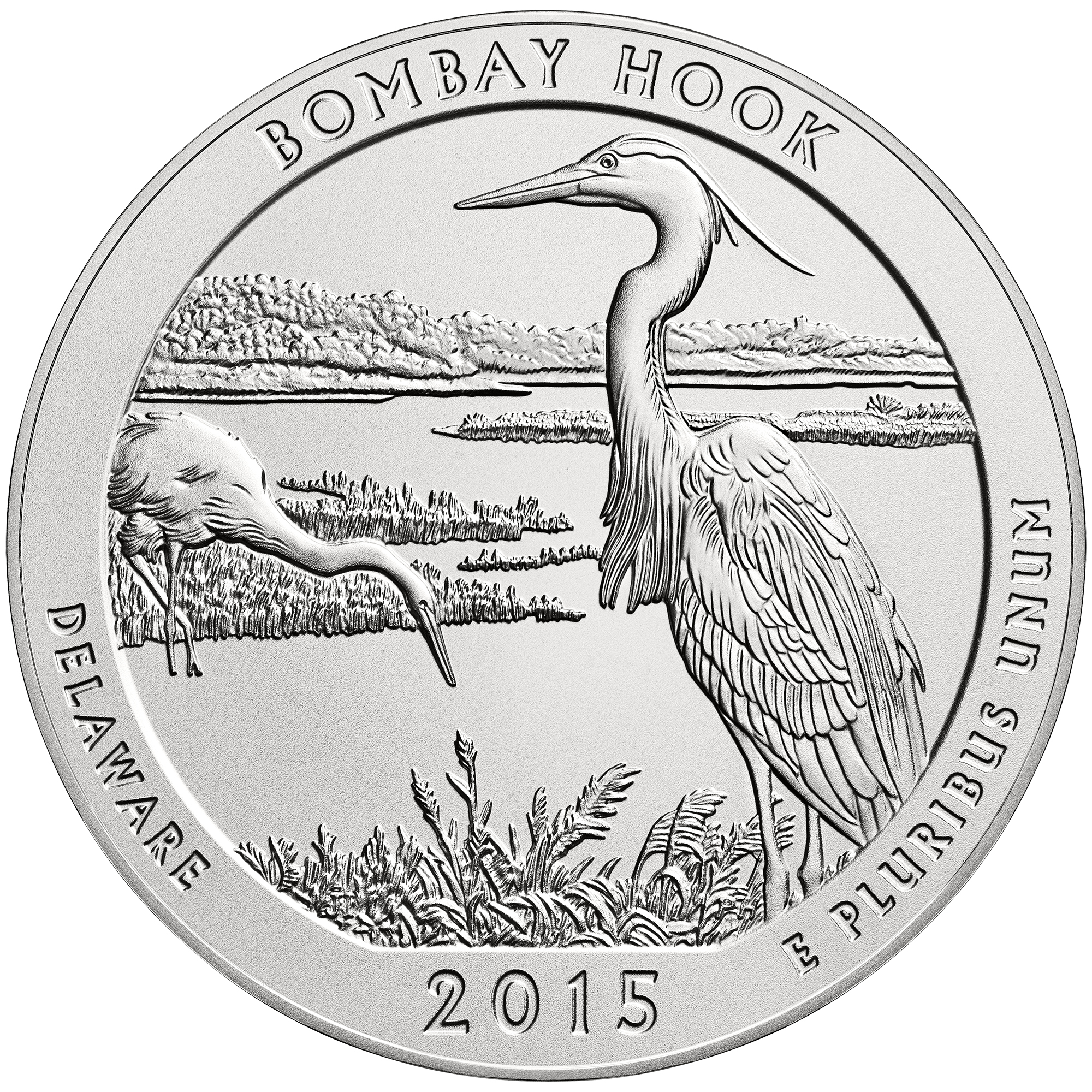 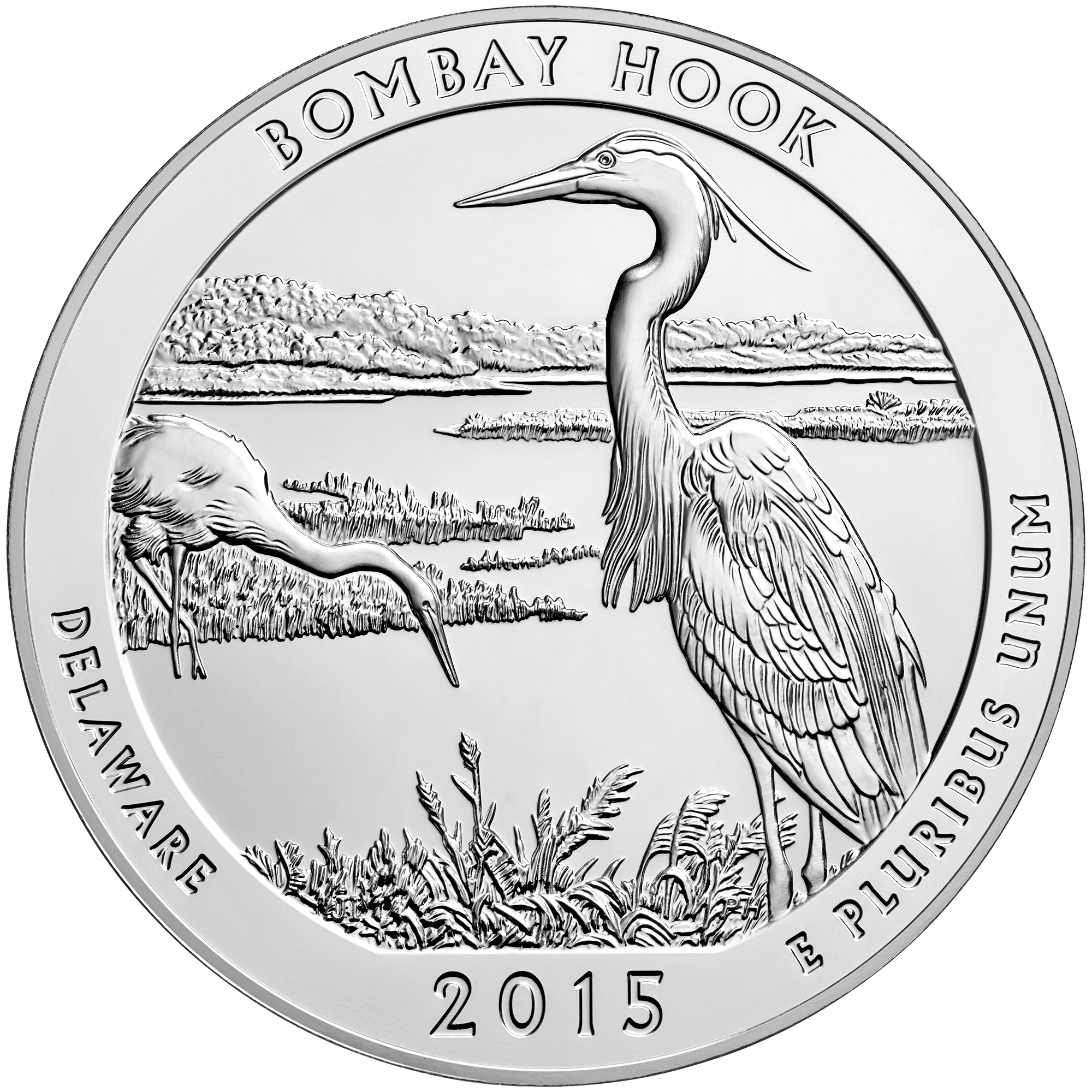 Bombay Hook National Wildlife Refuge is host to hundreds of thousands of migrating ducks, geese, shorebirds and neo-tropical songbirds in their spring and fall migrations. Tired and hungry between Canada and the Gulf of Mexico, they seek shelter at Bombay Hook and feast on marsh grasses, fish and other important foods before continuing their flight. Bombay Hook’s 16,000 acres include freshwater pools, swamps, upland forests, agricultural fields and one of the largest unaltered tidal salt marshes in the Mid-Atlantic region. It was established as a national site in 1937.

This design features a great blue heron in the foreground and a great egret in the background. Design candidates were developed in consultation with representatives of Bombay Hook National Wildlife Refuge.