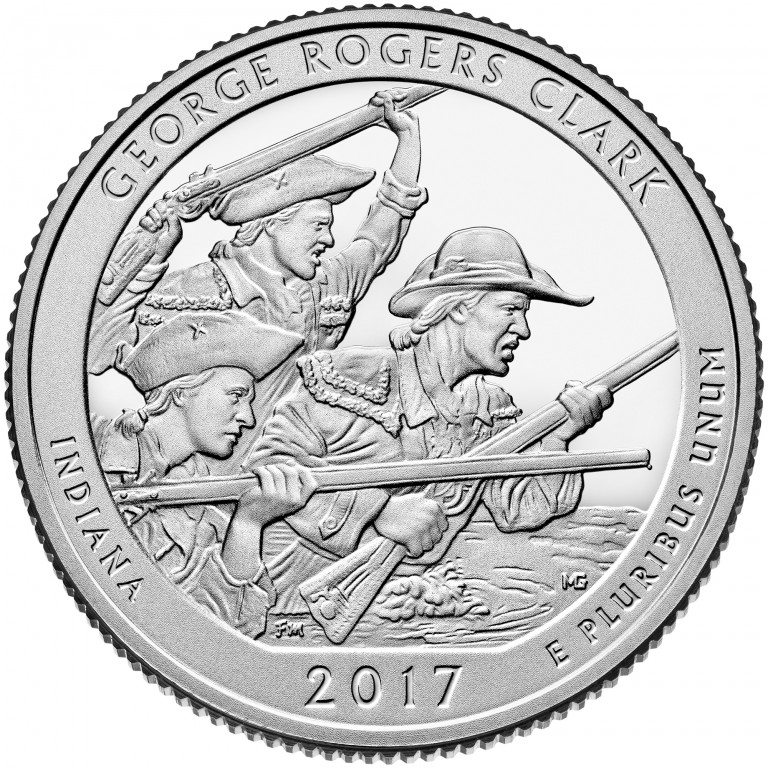 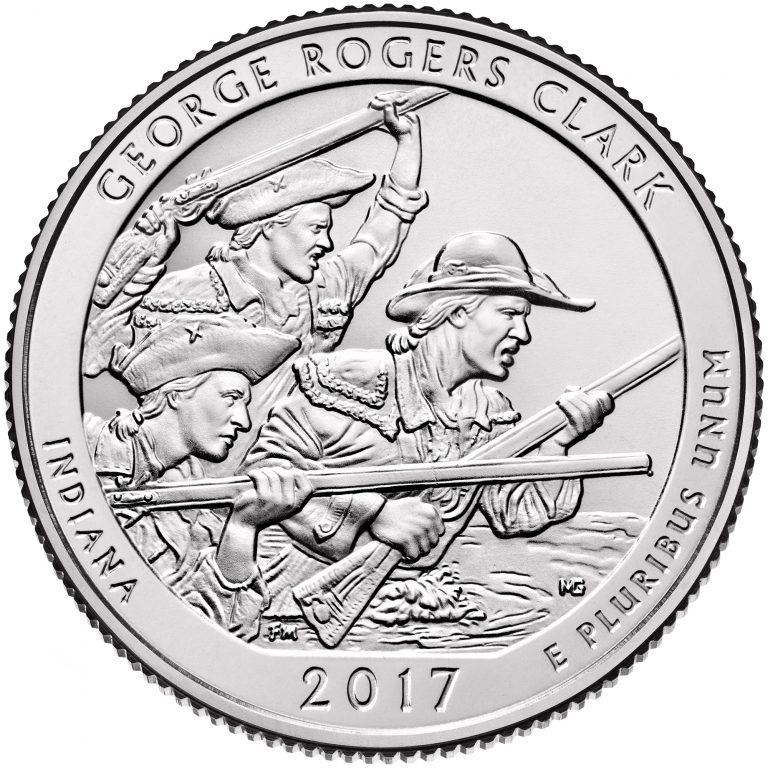 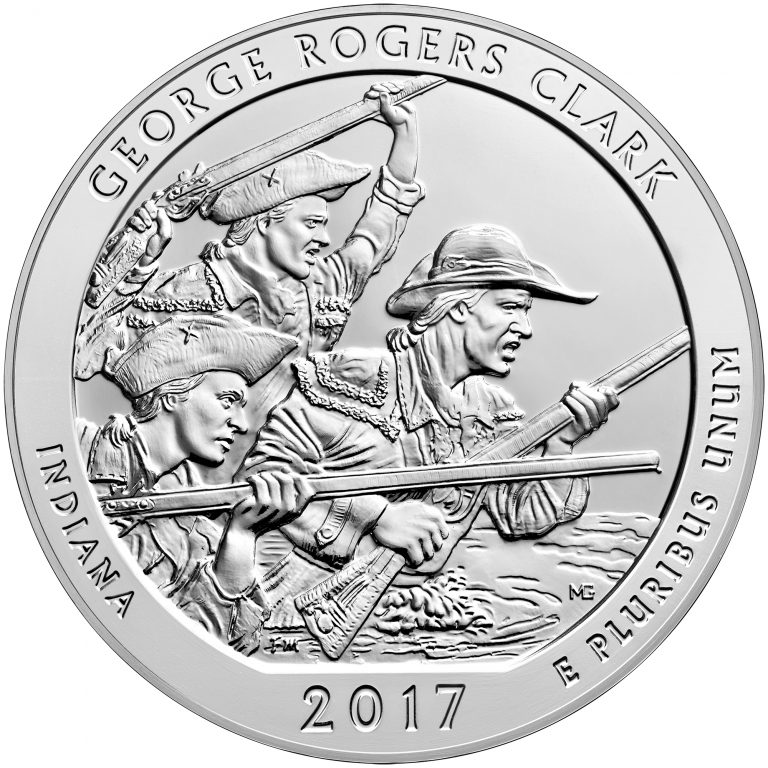 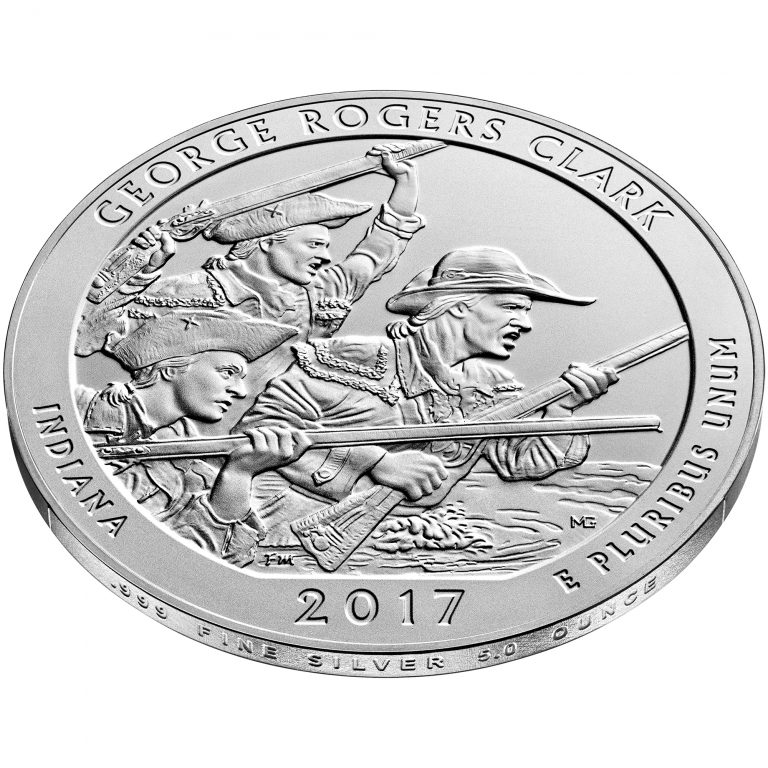 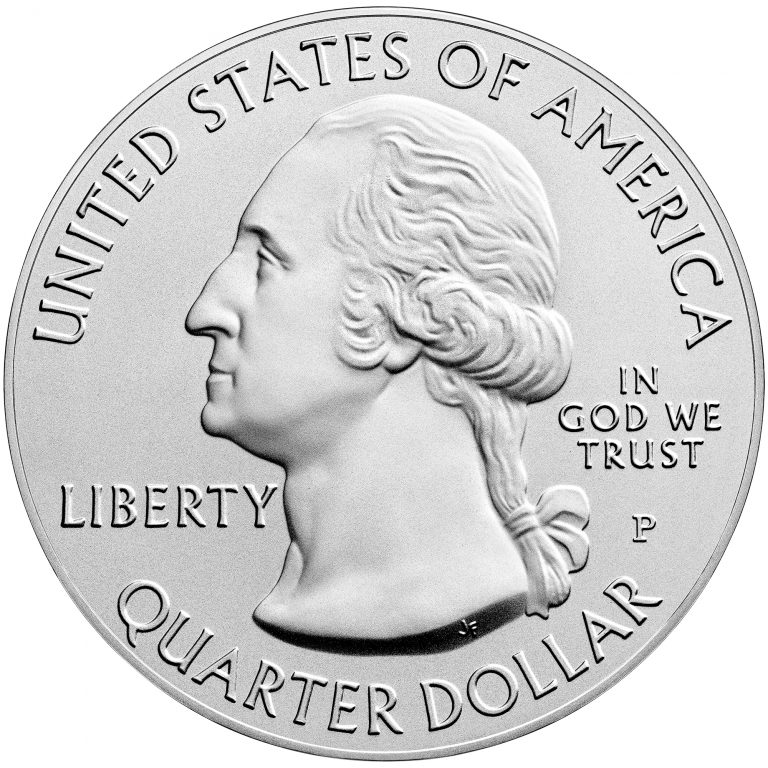 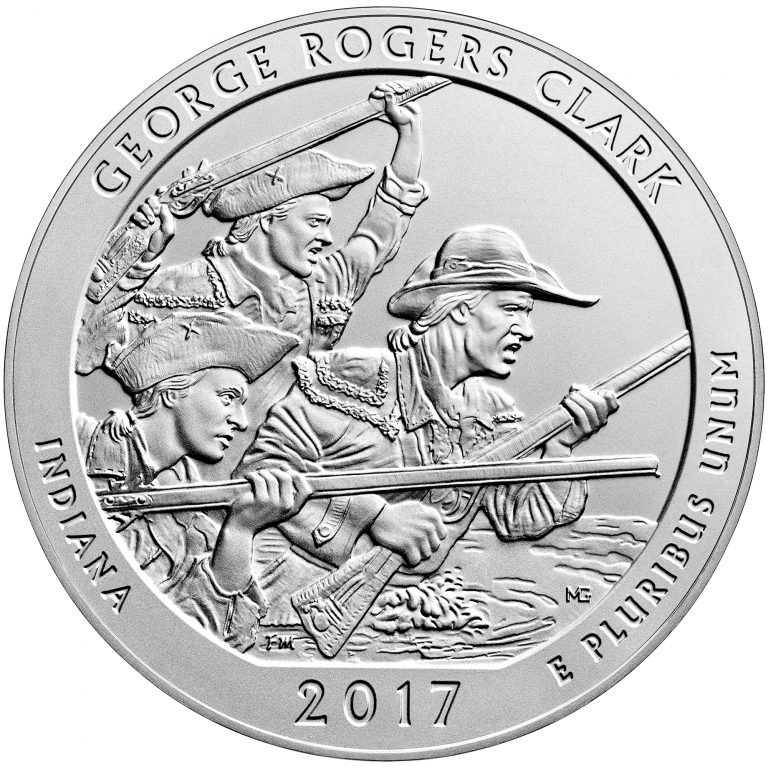 Following Clark’s capture of British posts at Kaskaskia and Cahokia (in the Illinois country along the Mississippi River) in 1778, he led his small contingent of men in a daunting mid-winter march of 157 miles that culminated in the surrender of the British garrison at Fort Sackville on February 25th, 1779. Clark’s daring surprise capture of the fort is considered one of the greatest feats of the American Revolution. The event effectively limited British control of the region and was instrumental in the subsequent establishment of the Northwest Territory and American expansion west of the Appalachians.

The memorial was designed and constructed between 1927 and 1936. It is the largest memorial outside of Washington D.C. and the largest placed on a battlefield within the US. The rotunda boasts seven large murals and a bronze statue of Clark.