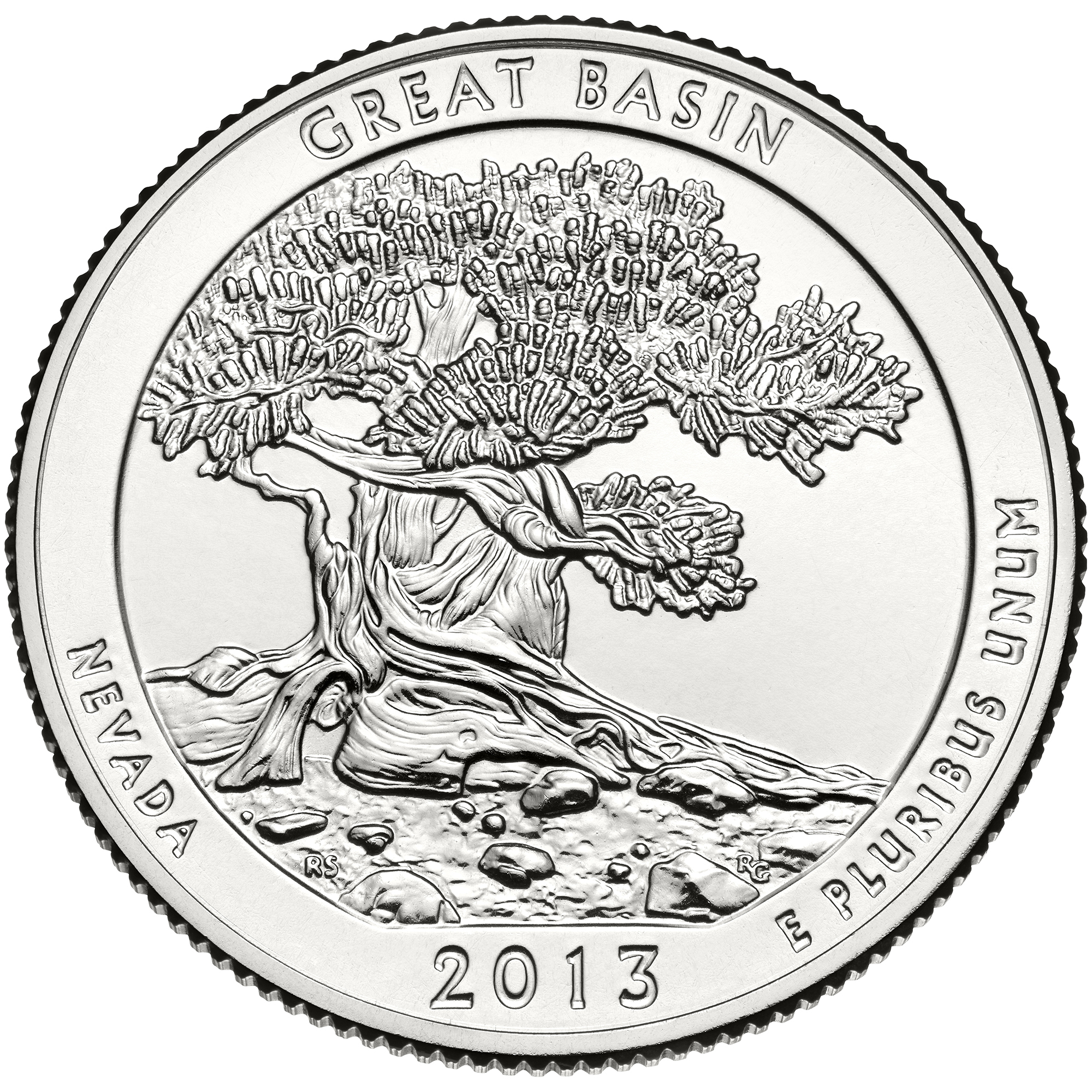 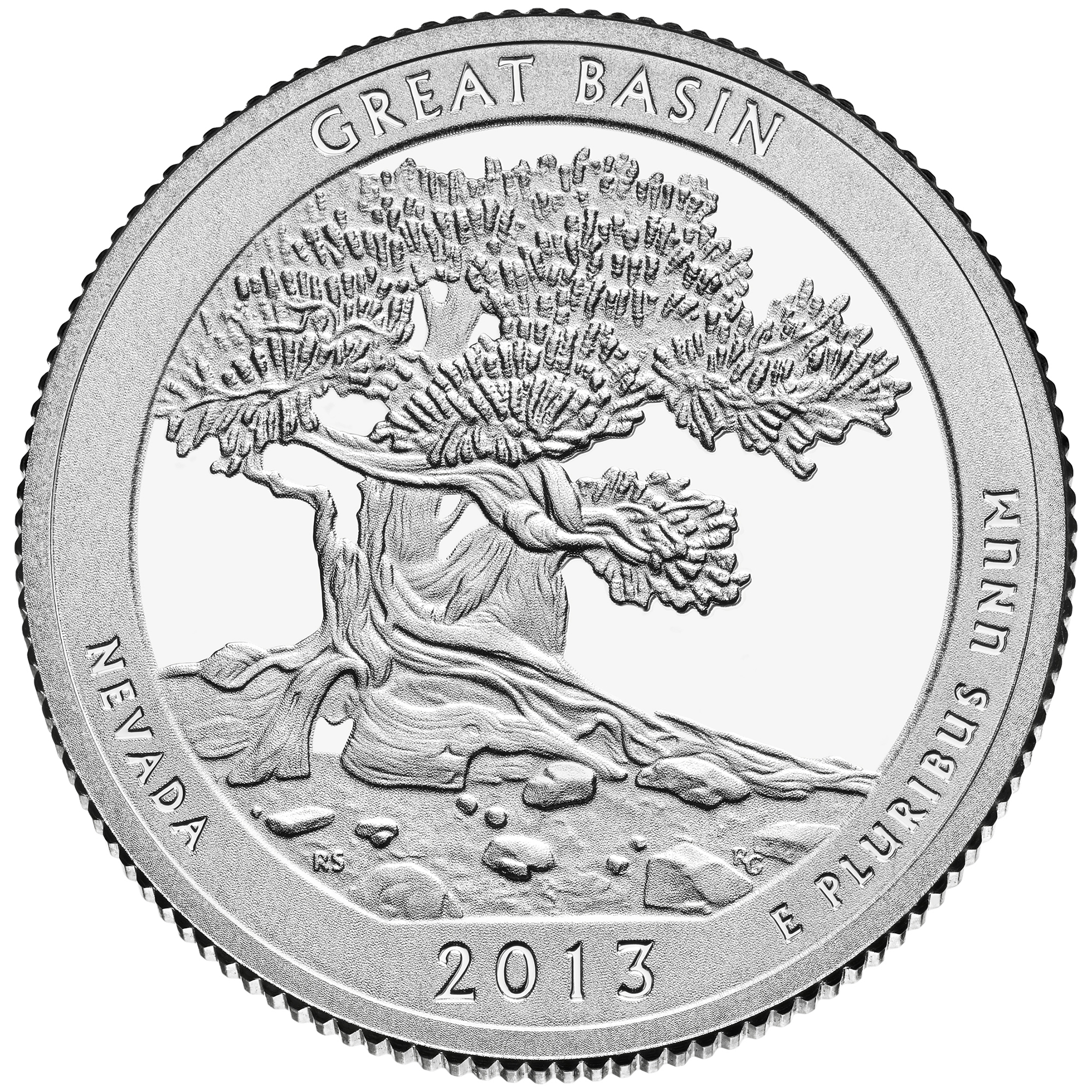 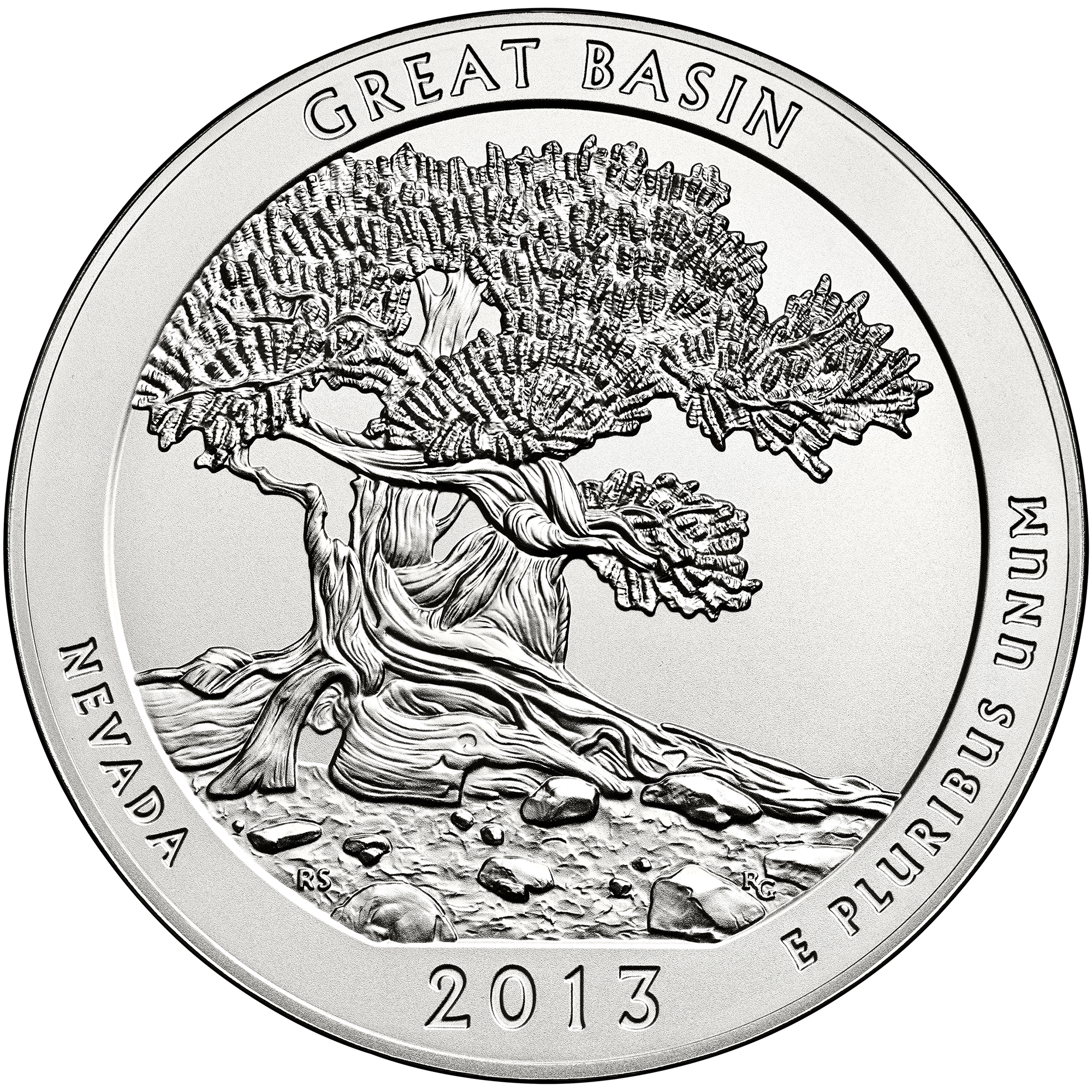 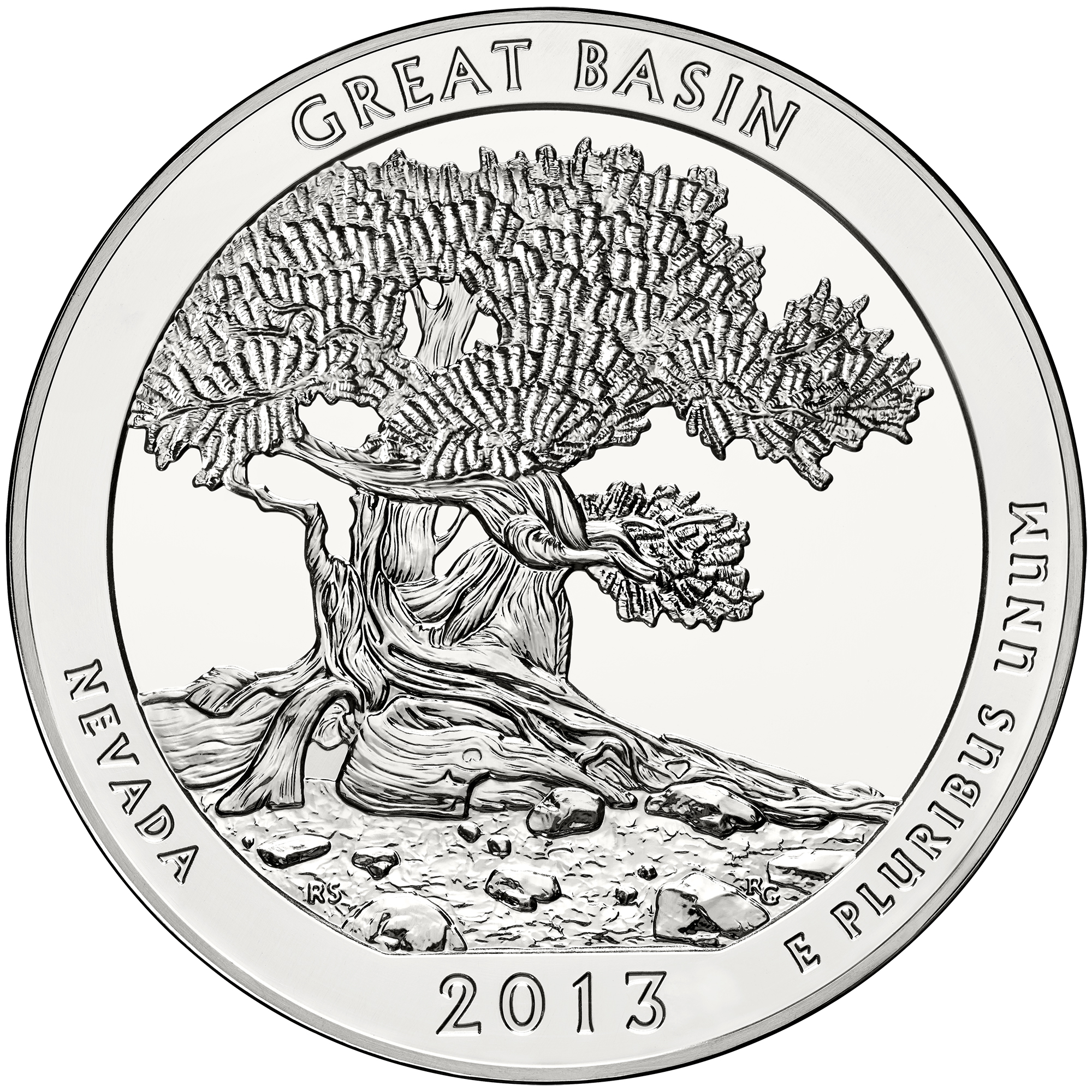 The Great Basin National Park quarter is the third of 2013 and the 18th overall in the America the Beautiful Quarters® Program. Great Basin National Park, located in the heart of the Great Basin, has exceptional examples of regional geology, biologic diversity and scenic grandeur. Park attractions include Lehman Caves, the most heavily decorated limestone solution caverns in the western U.S., and Wheeler Peak, the second highest peak in Nevada. Great Basin National Park is an oasis in the desert with more than 40 miles of perennial streams and 400 springs. The park also contains a variety of cultural resources dating back to prehistoric times, as well as structures and sites related to mining, western surveys and ranching. It was first established as a national monument on January 24, 1922 (42 Stat. 2260).

The reverse image depicts the beauty and unique qualities of a single Bristlecone Pine tree and shows the rocky glacial moraines where the trees grow. These trees grow at higher elevation in the park and are some of the world's oldest. The park contains numerous Bristlecone Pine groves with trees older than 4,000 years. Design candidates were developed in consultation with representatives of Great Basin National Park.