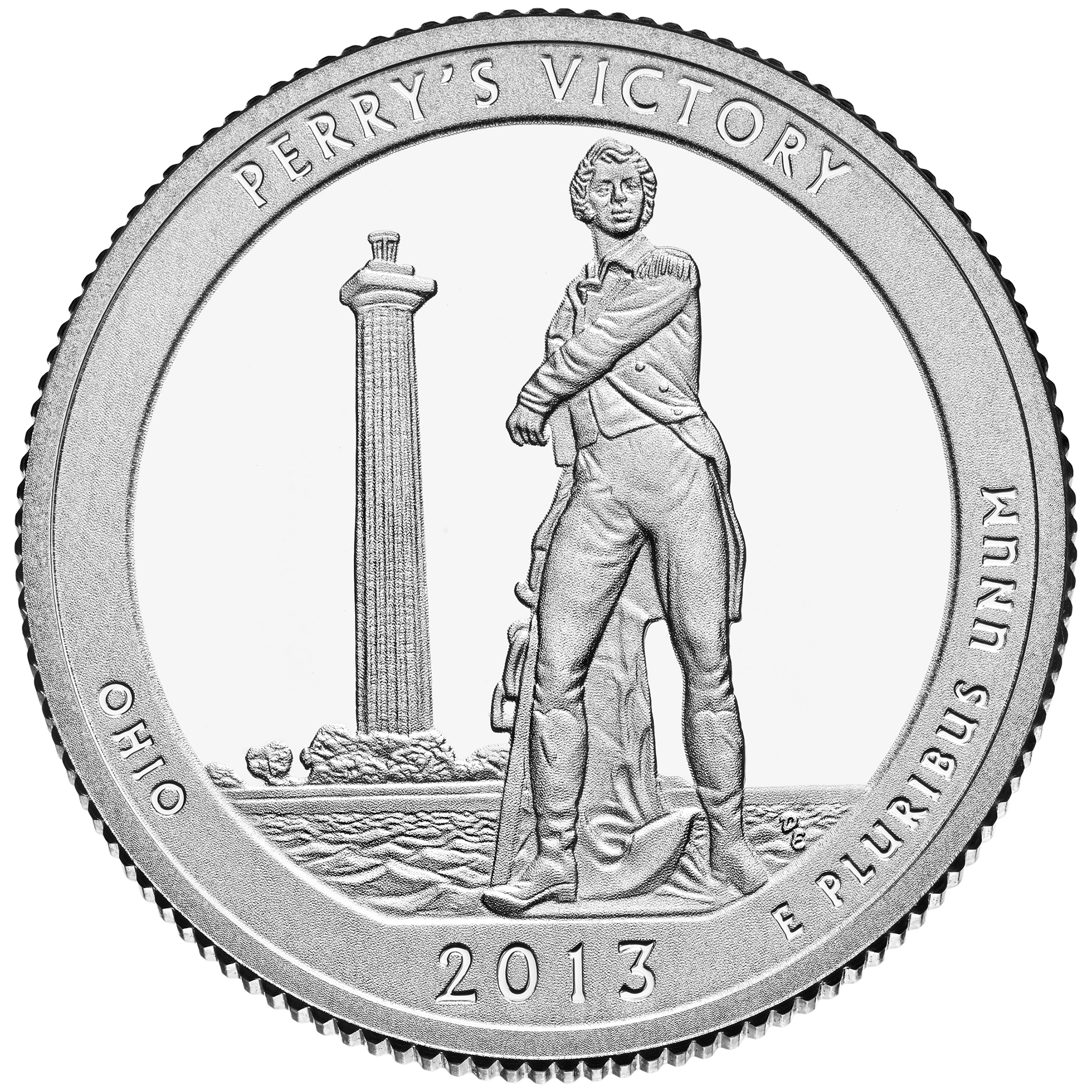 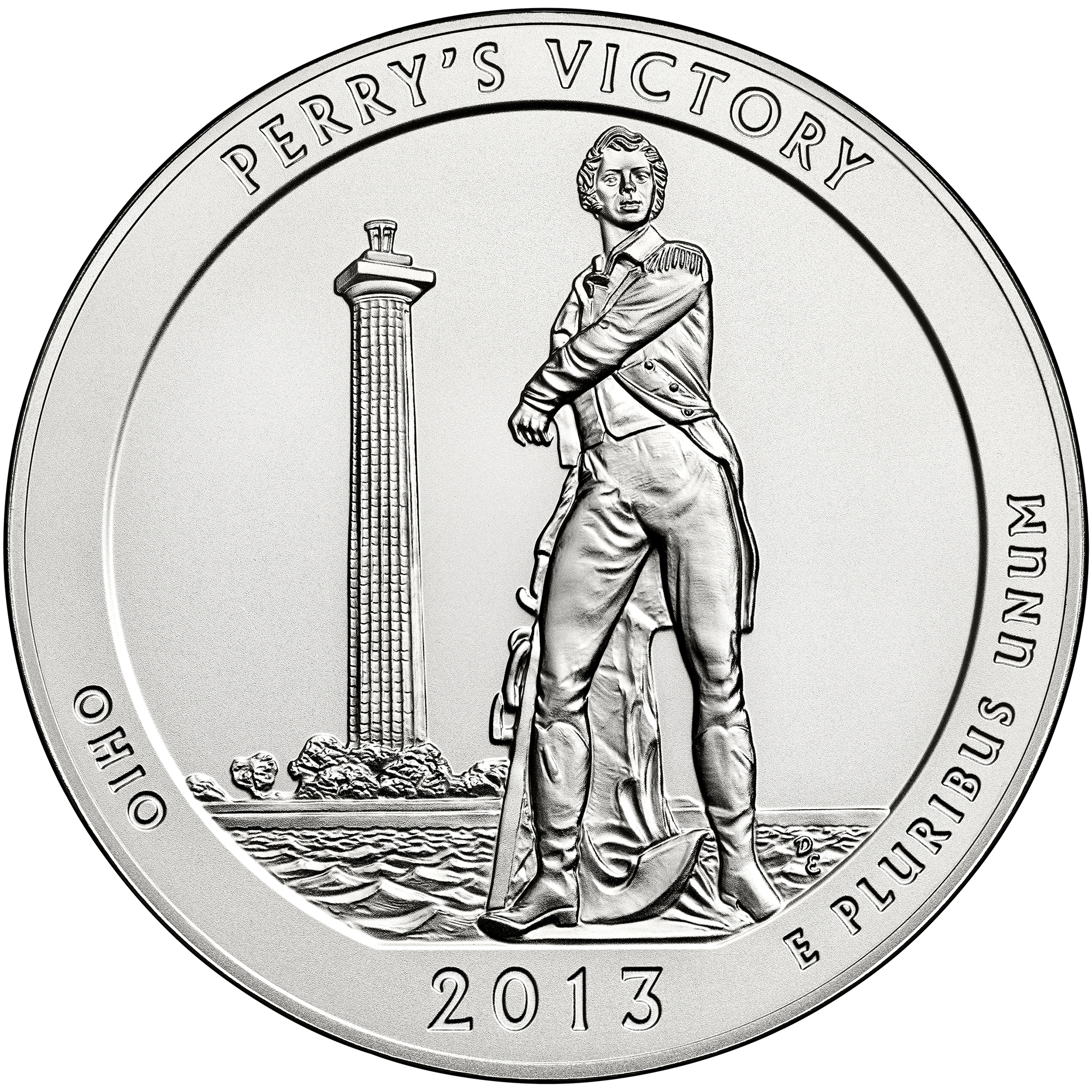 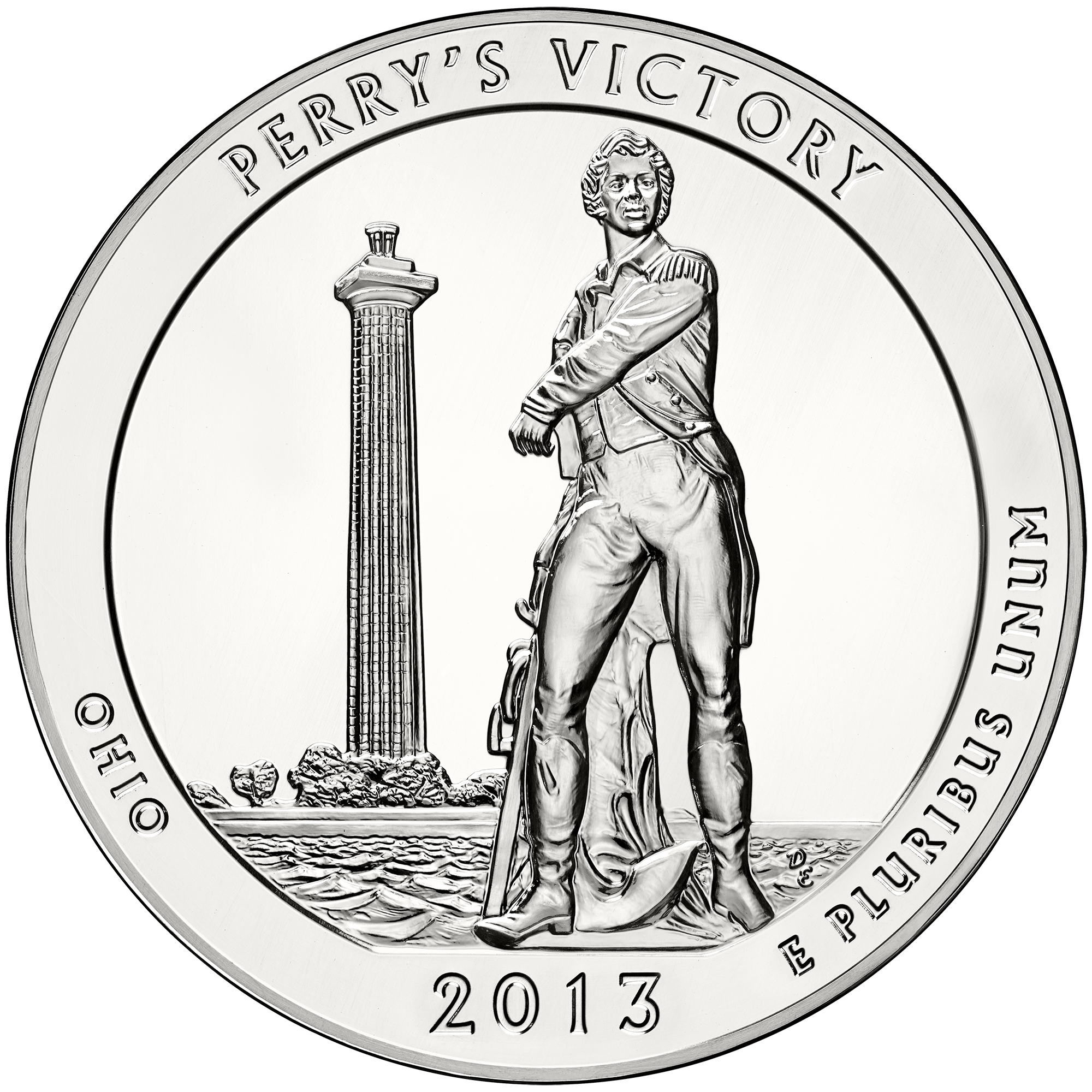 The Perry’s Victory and International Peace Memorial quarter is the second of 2013 and the 17th overall in the America the Beautiful Quarters® Program. This memorial site in Ohio was established to honor those who fought in the Battle of Lake Erie during the War of 1812 and to celebrate the long-lasting peace among Britain, Canada and the U.S. The memorial, a Doric column rising 352 feet over Lake Erie, is situated five miles from the longest undefended border in the world. The memorial bears the name of Master Commandant Oliver Hazard Perry. Six naval officers (three American and three British) slain during the battle are buried under its rotunda. It was first established as a national site on March 3, 1919 (40 Stat. 1322).

The reverse design depicts the statue of Master Commandant Oliver Hazard Perry with the Peace Memorial located in the distance. The memorial is one of the tallest of its kind in the U.S. Design candidates were developed in consultation with representatives of Perry's Victory and International Peace Memorial.