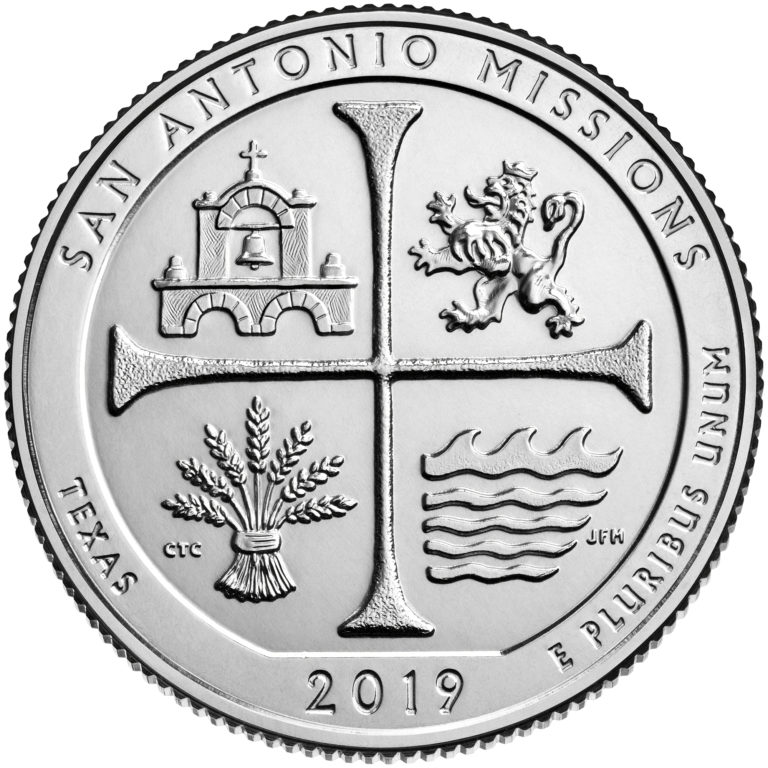 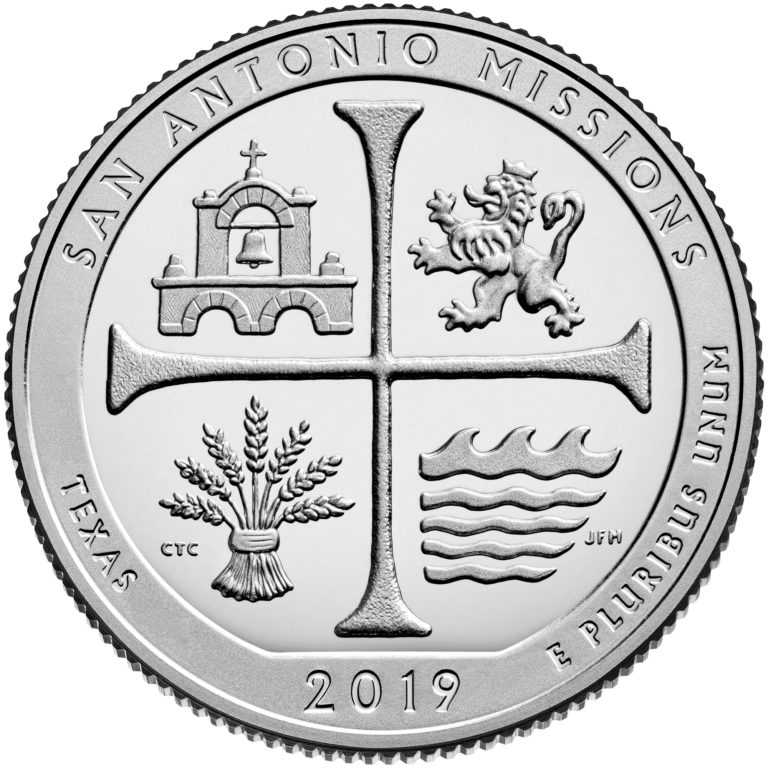 The San Antonio Missions were among the largest concentrations of Spanish missions in North America, established in the 1700s, and helped create the foundation for the City of San Antonio, TX. The construction of aqueducts and irrigation canals (acequias) brought water to the missions sustaining farming and ranching. The missions’ toolmaking, carpentry, looming, spinning, and masonry also contributed to the community’s ability to be self-sustaining.

This design depicts elements of the Spanish Colonial Real coin to pay tribute to the missions. Within the quadrants are symbols of the missions: wheat symbolizes farming; the arches and bell symbolize community; a lion represents Spanish cultural heritage; and a symbol of the San Antonio River represents irrigation methods and life-sustaining resources.