2019 Preamble to the Declaration of Independence Platinum Proof Coin – Liberty 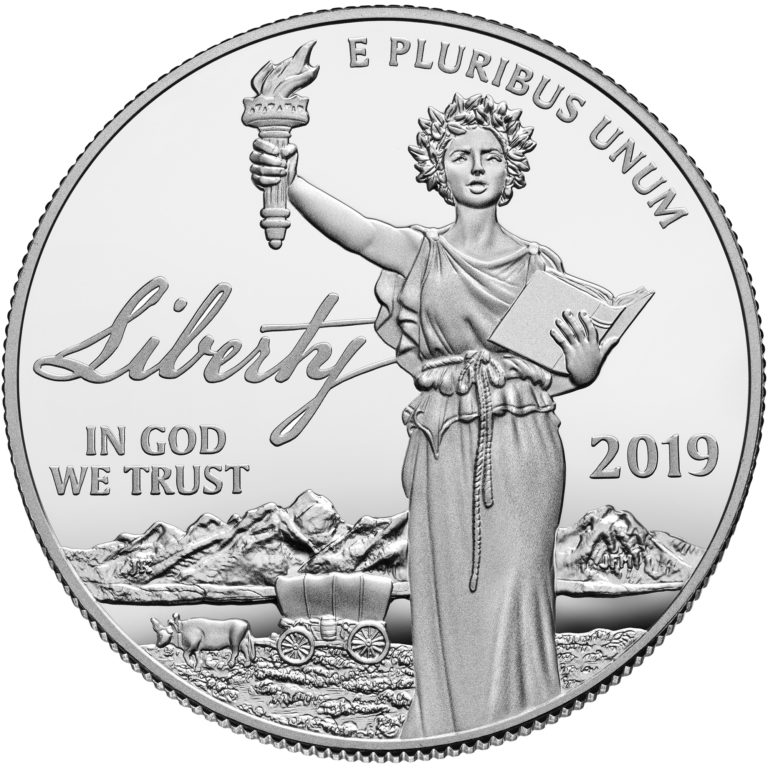 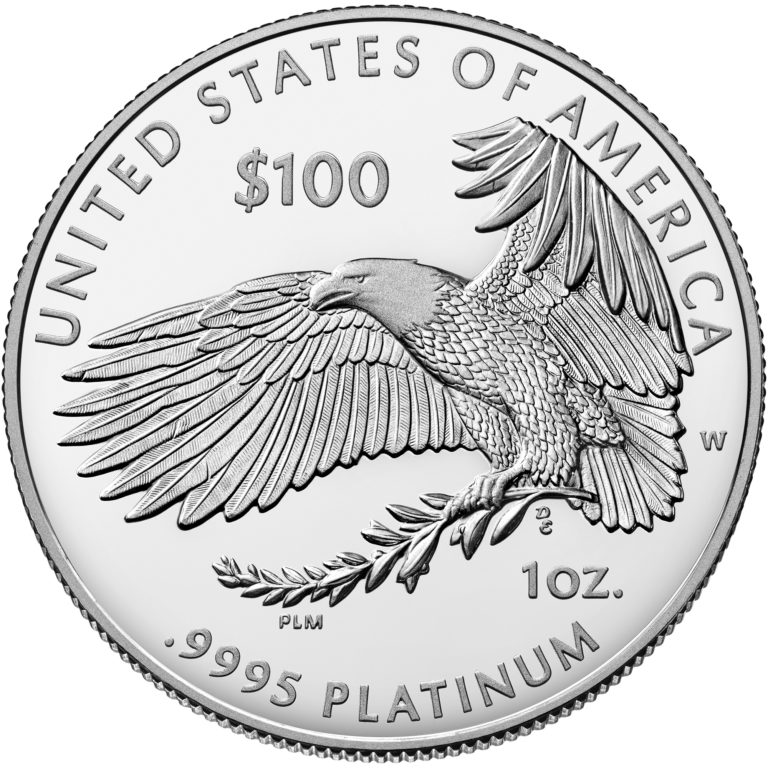 As the program enters its third decade, this marks the first time the United States Mint has issued a series featuring all new obverse designs created concurrently by one designer, as well as a new common reverse design.

The new three-year “Preamble to the Declaration of Independence Platinum Proof Coin Series” will feature one ounce proof coins struck in 99.95 percent platinum. The obverse designs portray Lady Liberty planting seeds for future sustenance, lighting the way westward, and harvesting the well-worked crops. The inscriptions “Life” in 2018, “Liberty” in 2019, and “Happiness” in 2020 are likenesses of the handwritten words from the Declaration of Independence.

The 2019 obverse design portrays Lady Liberty keeping watch over prairies, lakes, and mountains as pioneers head westward. The wild terrain featured in the background evokes the quintessential American spirit to explore new territory and the freedom to pursue new landscapes, new ideas, and new ways of life. In the foreground, Lady Liberty’s lips are parted, suggesting freedom of speech. Her torch is an emblem of the guiding light that liberty provides, while the book represents the rule of law and its equal application.

The common reverse design for this series depicts an eagle in flight with an olive branch in its talons.