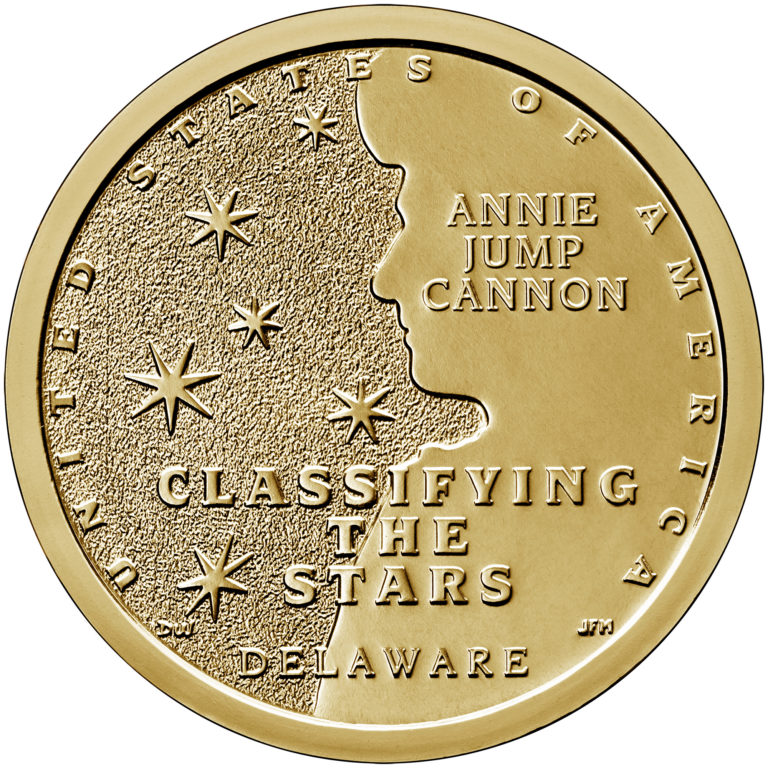 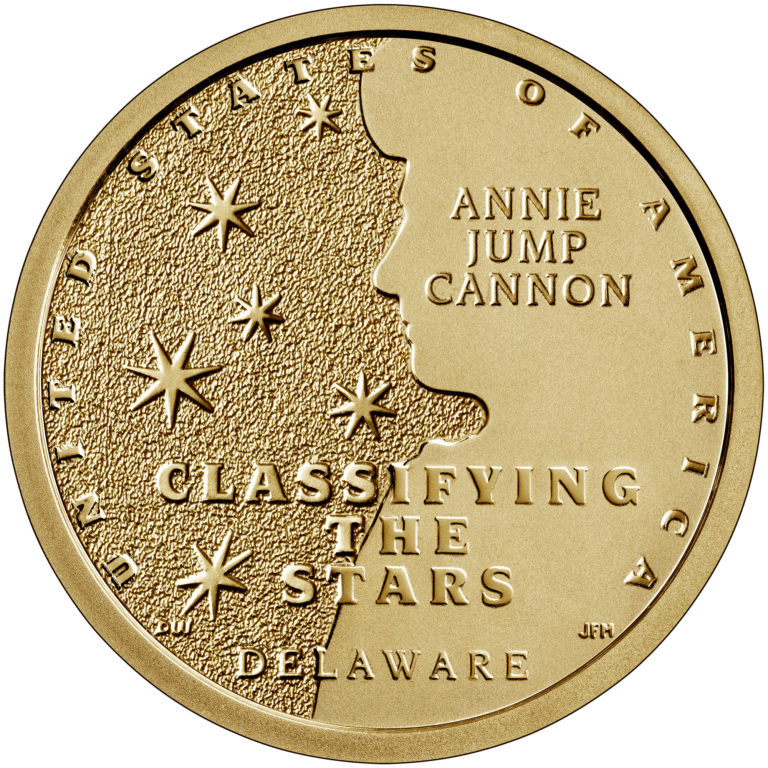 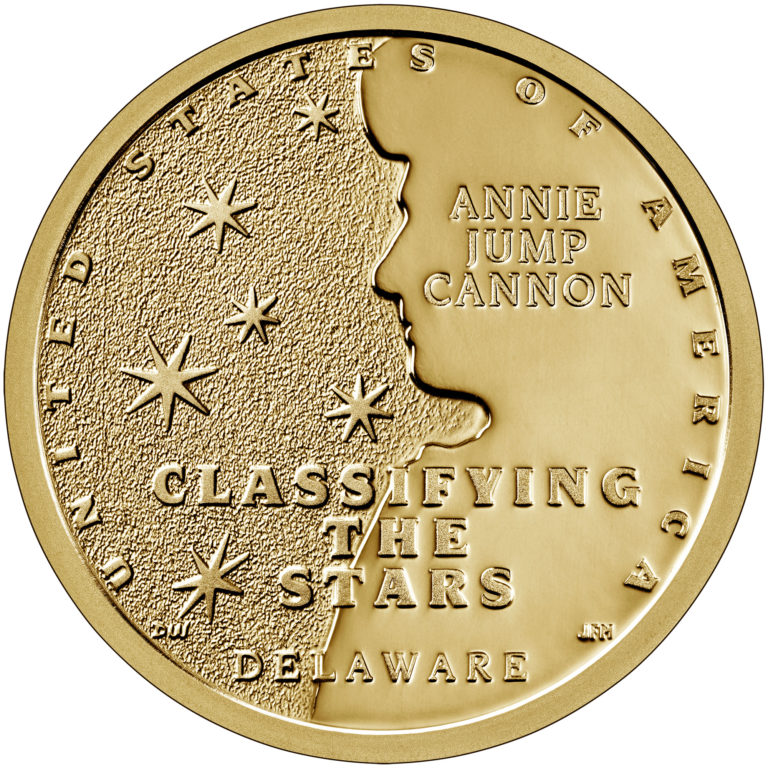 The American Innovation $1 Coin representing Delaware honors internationally recognized astronomer Annie Jump Cannon, who invented a system for classifying the stars still used today. Despite a hearing impairment, she advanced her education, gained recognition as a pioneer in science, and became the first woman to receive an honorary doctorate from Oxford University.

Cannon was born on December 11, 1863, in Dover, Delaware. Her father, Wilson Cannon, was a state senator, while her mother, Mary Jump, taught Annie the constellations at a young age and ignited her interest in the stars. Cannon graduated from Wellesley College, where she studied physics and astronomy.

In 1896, Cannon was hired as an assistant at Harvard Observatory under astronomer E. C. Pickering. She joined a group of female astronomers nicknamed “Pickering’s Women,” who worked to document and empirically classify stars. As she began her work, Cannon found the conventional systems of classification to be ineffective for her purposes. She combined two known models to create her own system based on the spectral characteristics of stars and personally classified more than 225,000 stars. Cannon worked as an astronomer until just weeks before her death in 1941 at the age of 77.

The reverse (tails) design features a silhouette of Annie Jump Cannon against the night sky, with a number of stars visible in the sky.