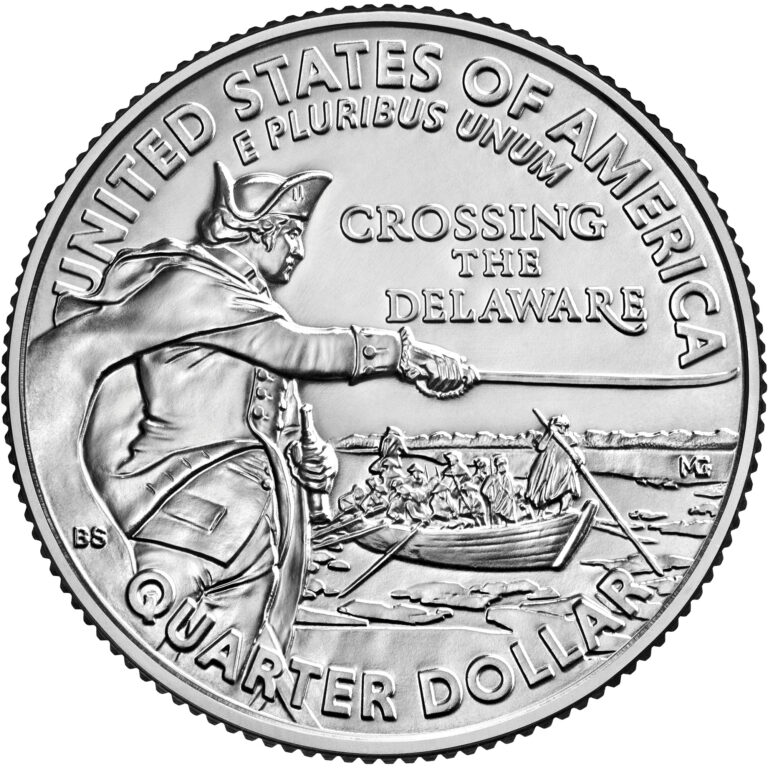 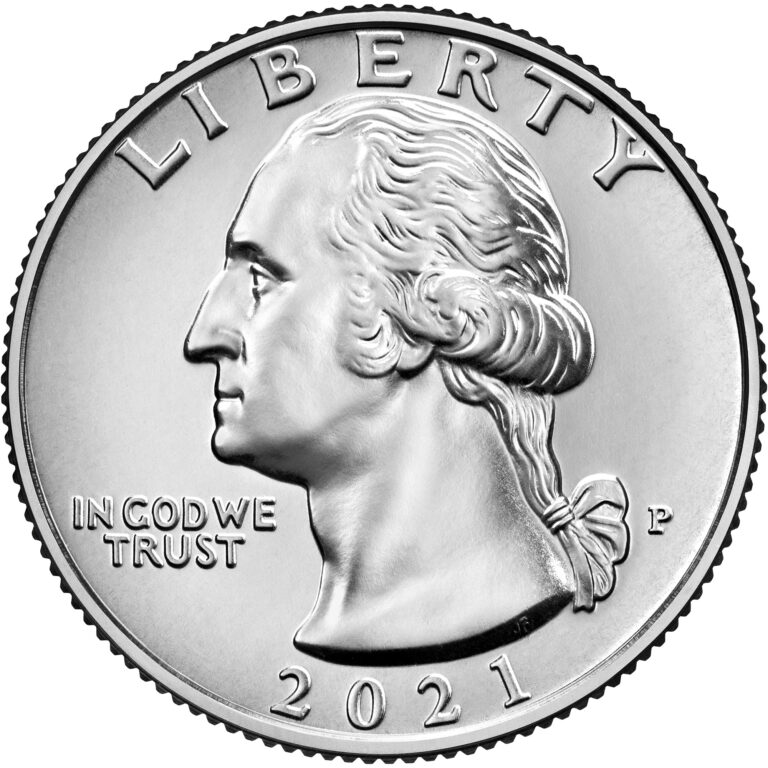 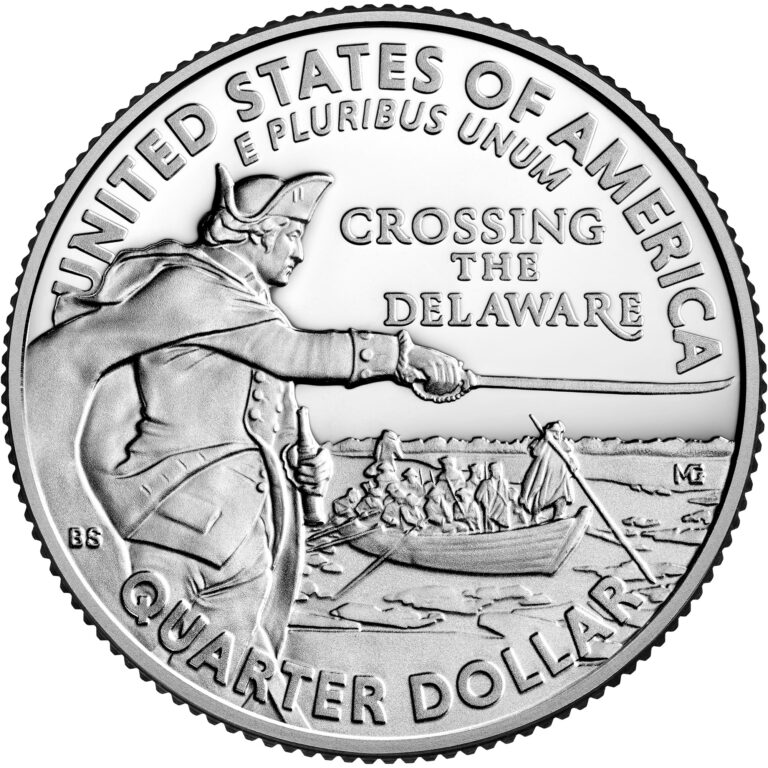 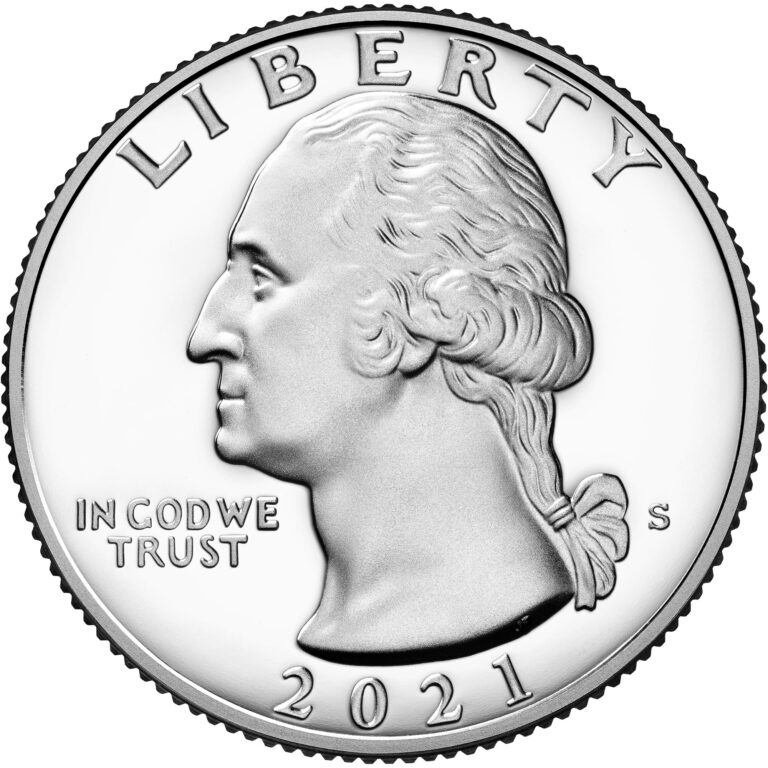 In 2021, the U.S. Mint began minting and issuing quarters with a reverse design depicting General George Washington crossing the Delaware River prior to the Battle of Trenton during the American Revolutionary War. On December 25, 1776, General George Washington, along with 2,400 troops and artillery, began his historic crossing of the Delaware River in preparation for a surprise attack on British and Hessian soldiers.

In accordance with the authorizing legislation, the obverse of the quarter will revert to renowned designer John Flanagan’s design featuring President Washington that appeared on the coin before the 50 State Quarters Program.

The obverse (heads) features the familiar image of George Washington by John Flanagan, used on the quarter since 1932. The style of the design and the inscriptions return to how they appeared on the quarter before the 50 State Quarters Program began in 1999.

The reverse (tails) depicts General George Washington commanding his troops through the overnight crossing of the ice-choked Delaware River prior to the Battle of Trenton during the American Revolutionary War.