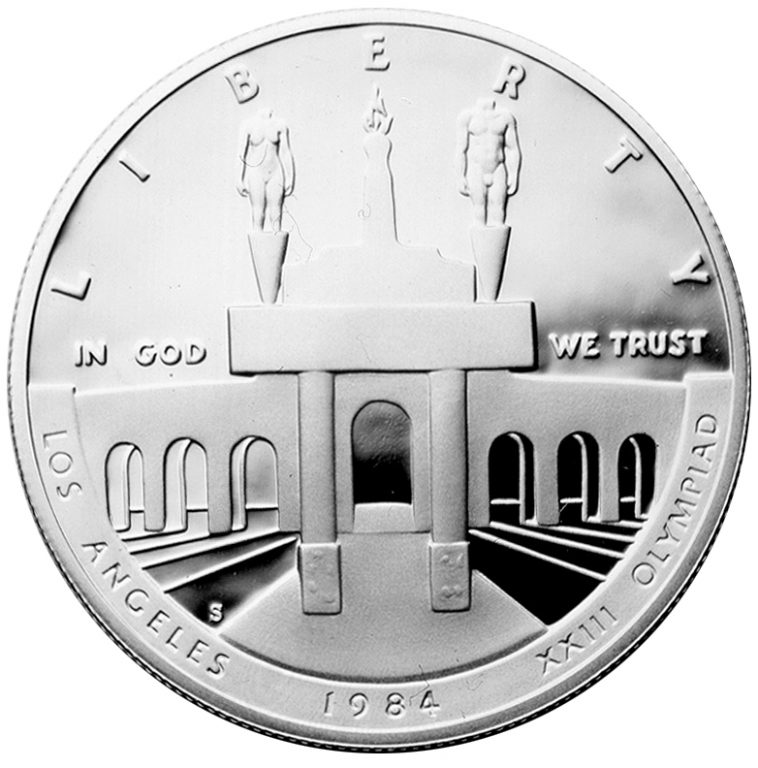 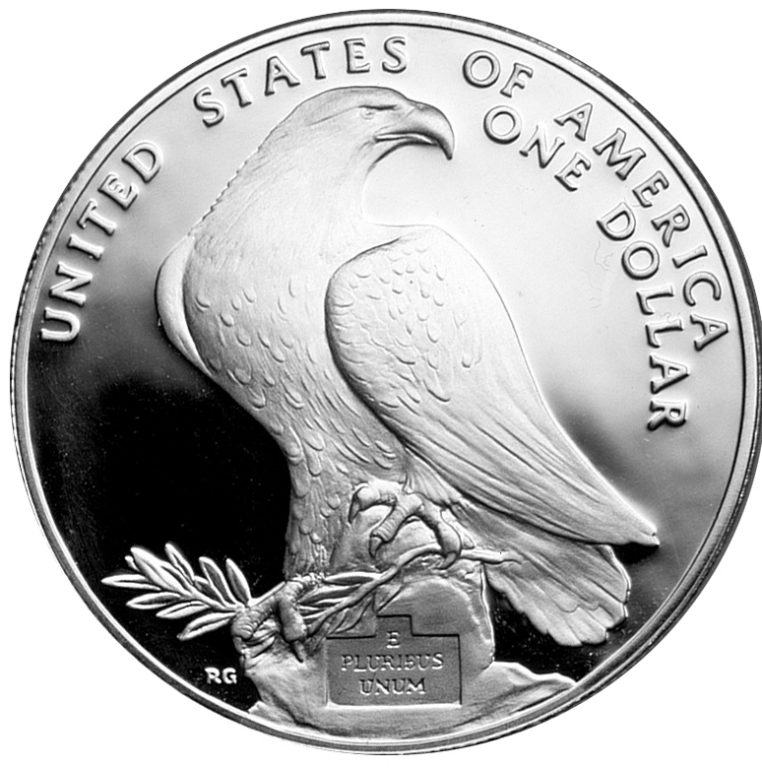 This coin was authorized in support of the 1984 Los Angeles Olympic Games.

The obverse design of the coin featured a design of the sculpture proposed that was to be placed in front of the Los Angeles Memorial Coliseum with the Olympic Stadium in the background.

The reverse of the coin features eagle.