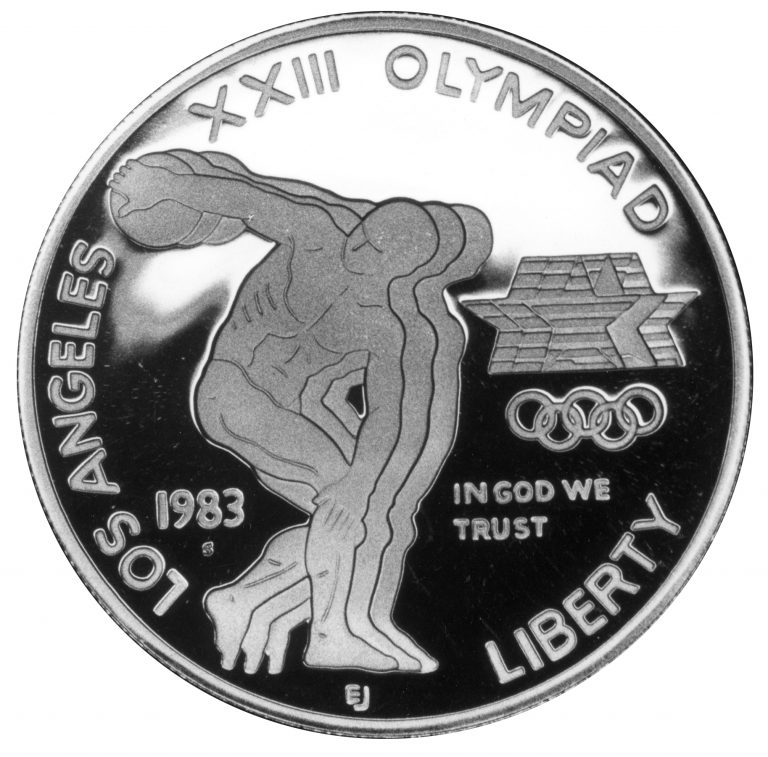 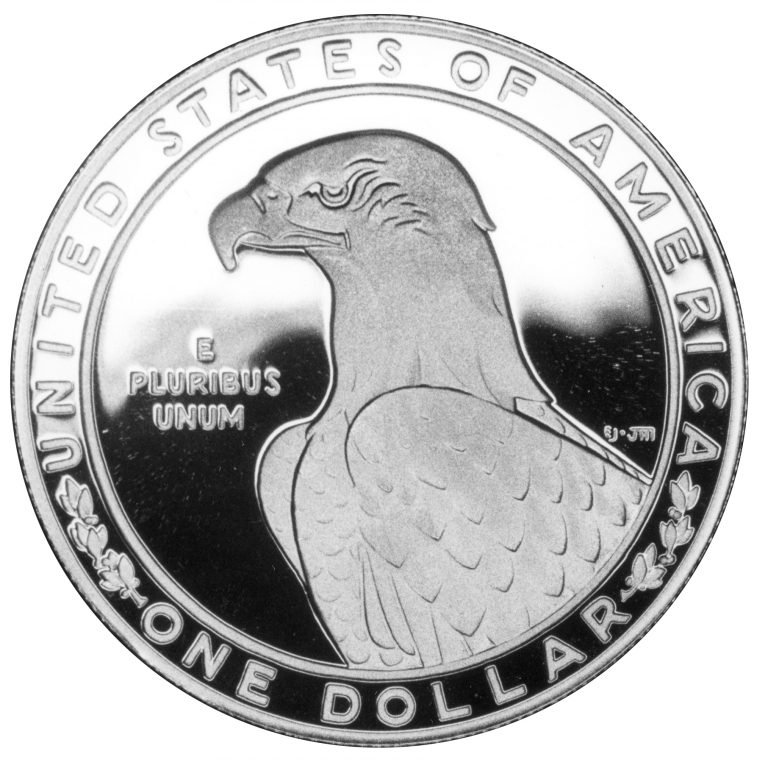 Released on December 15, 1982, this coin was authorized in support of the 1984 Los Angeles Olympic Games.

The obverse design of the coin featured a representation of the Greek Discus Thrower, five stars and the Olympic Rings.

The reverse of the coin features a bust of an eagle.