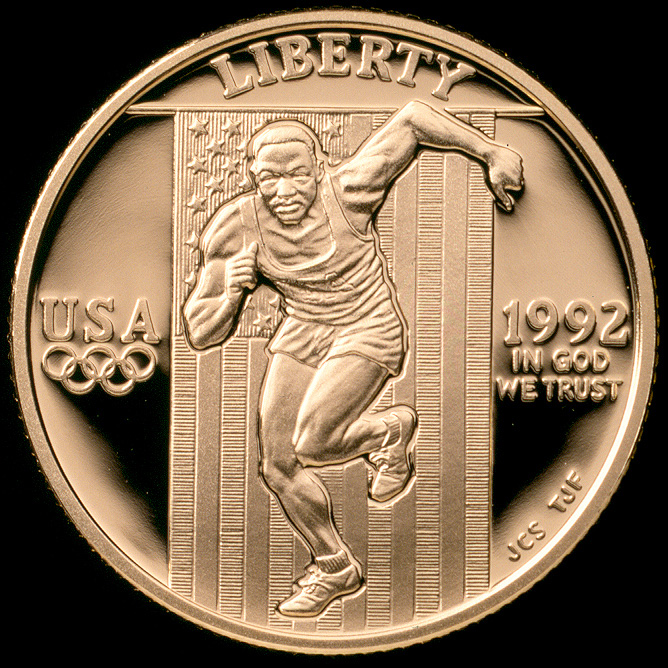 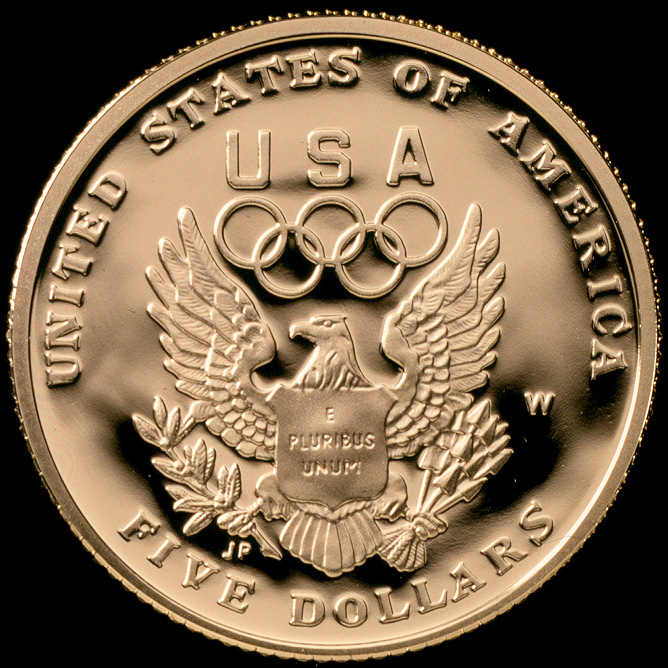 The obverse image on the coin features an Olympic sprinter in a burst of speed with the American flag in the background.

The reverse of the coin features a design that unites two majestic symbols, the Olympic Rings, and the American Bald Eagle.