Olympics (France and Spain) Half Dollar 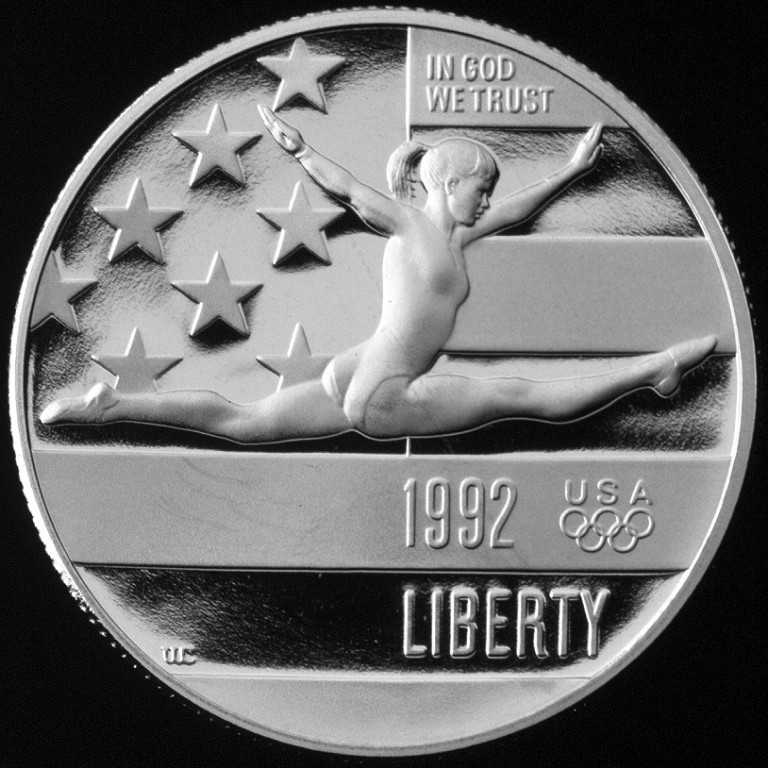 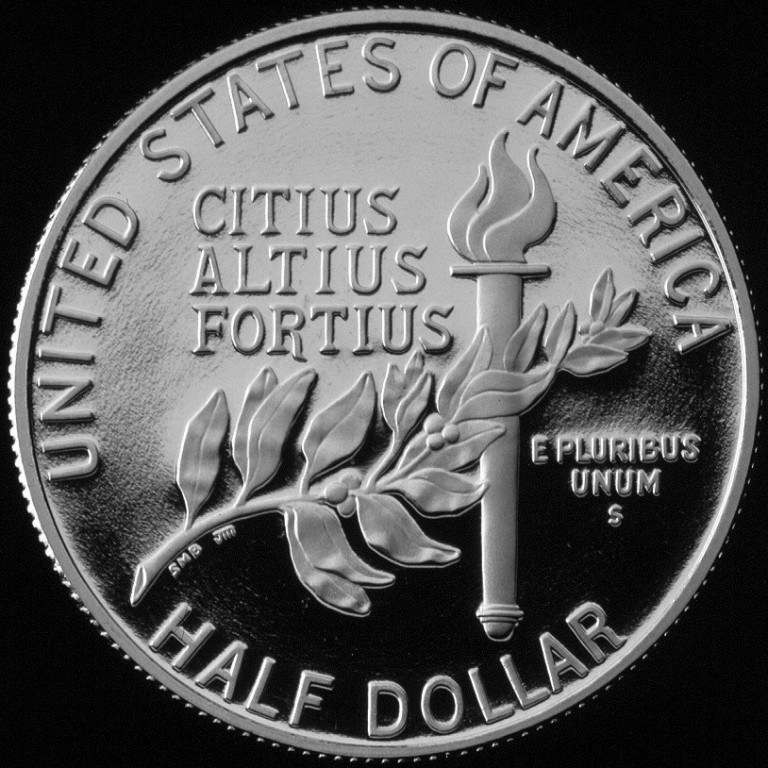 Surcharges collected from the coin sales were to be used by the United States Olympic Committee for the objects and purposes of the Committee as established in the Amateur Sports Act of 1978.

The obverse design of the coin features a gymnast in motion with the Olympic rings and stars in the background.

The reverse of the coin features an olive branch crossing the Olympic torch.