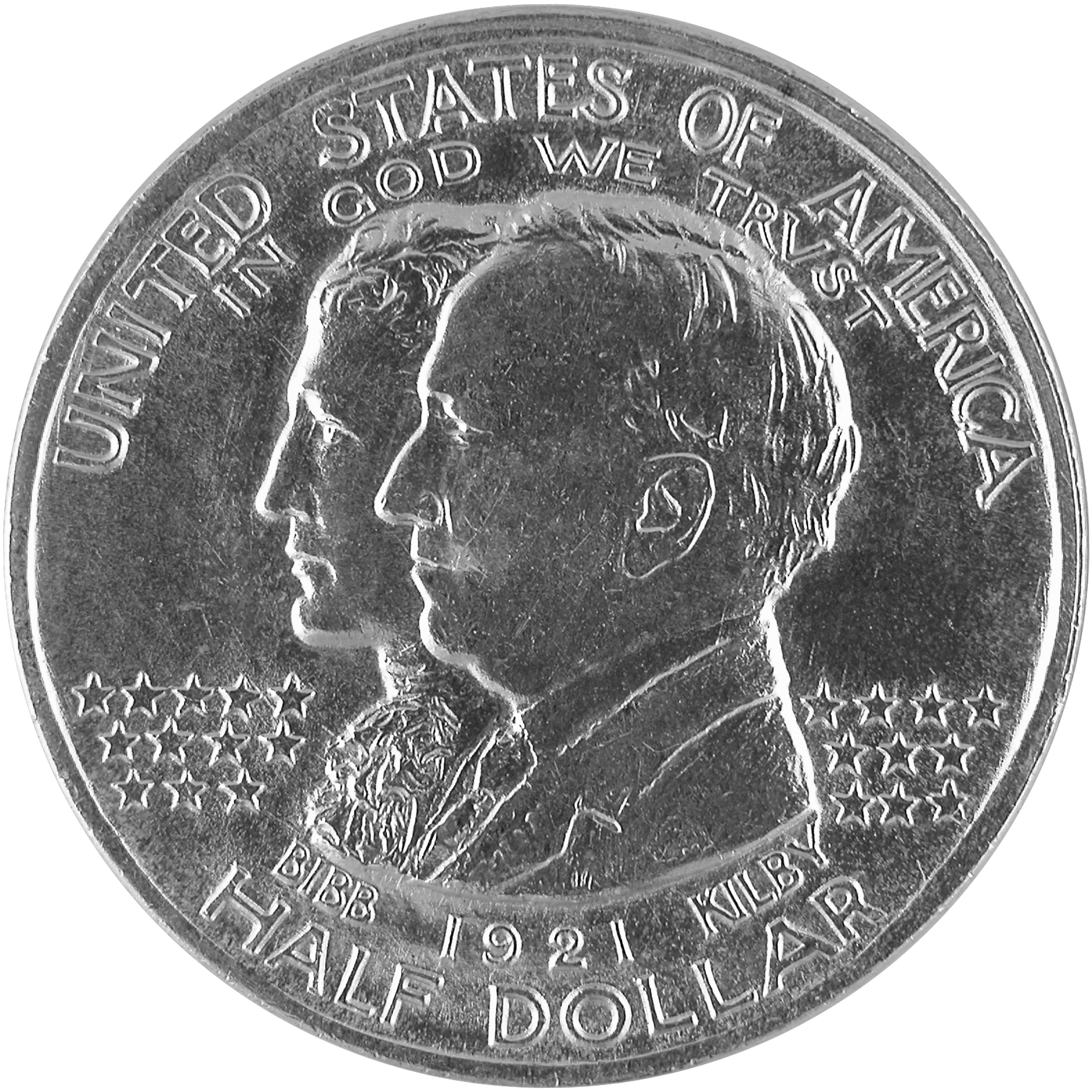 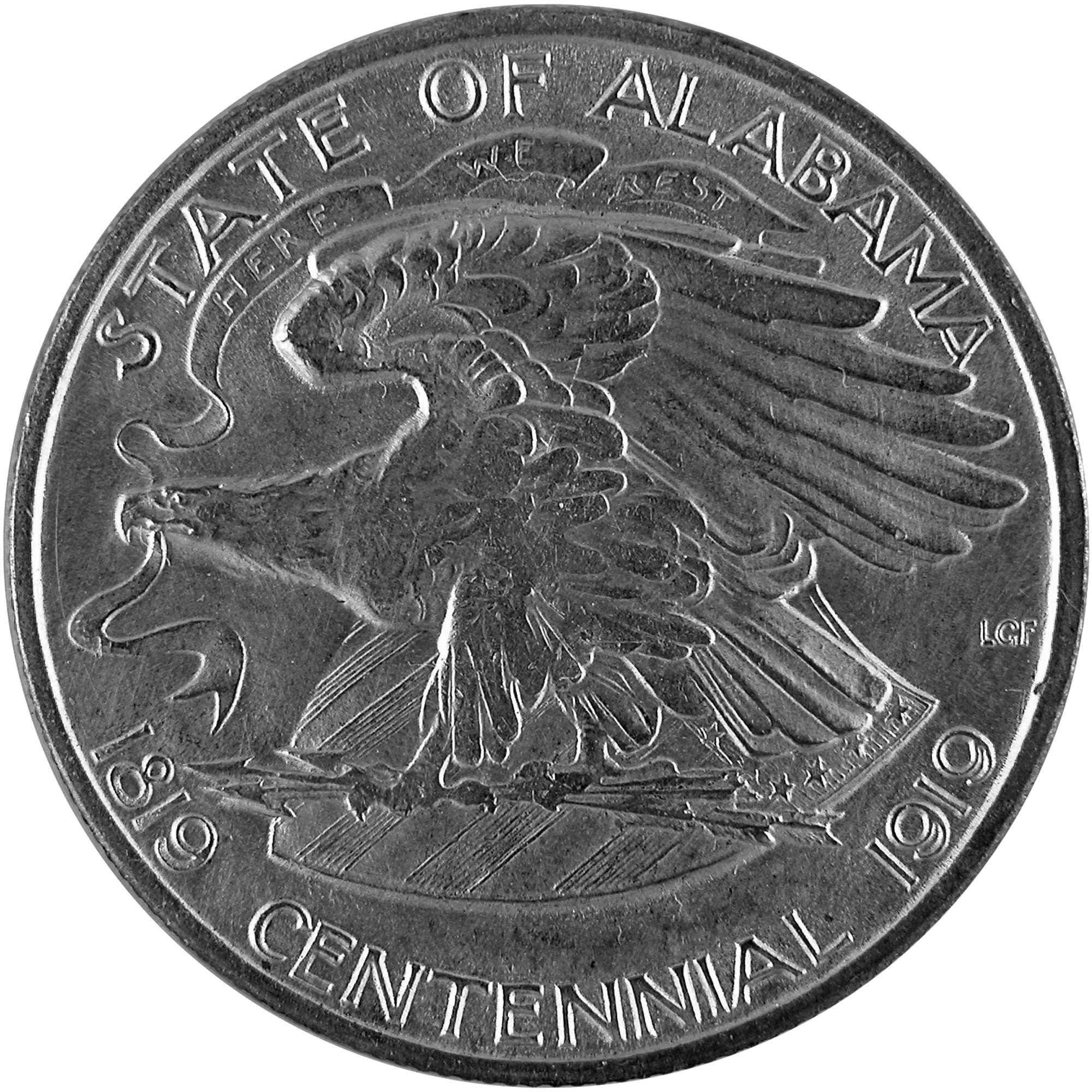 The Alabama Centennial Half Dollar was released in 1921 to commemorate the 100th anniversary of the admission of the State of Alabama into the Union. This coin was the first ever created by the Mint to carry a living person’s portrait.

The obverse design features busts of William Wyatt Bibb, the first governor of Alabama, and T.E. Kilby, governor at the time of the event. The 22 stars indicate that Alabama was the 22nd state admitted to the Union.

The reverse features an adaptation of the State Seal of Alabama.