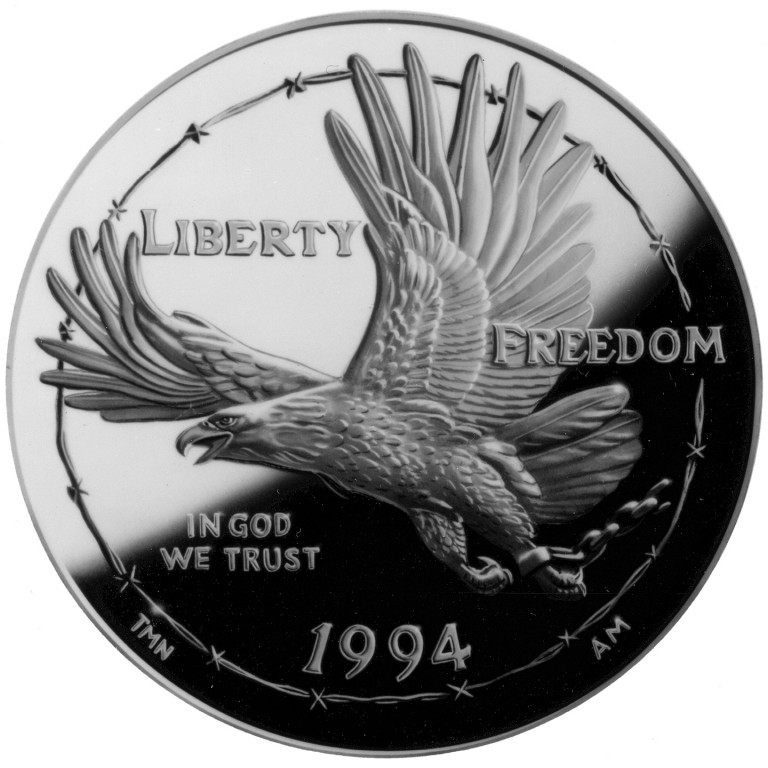 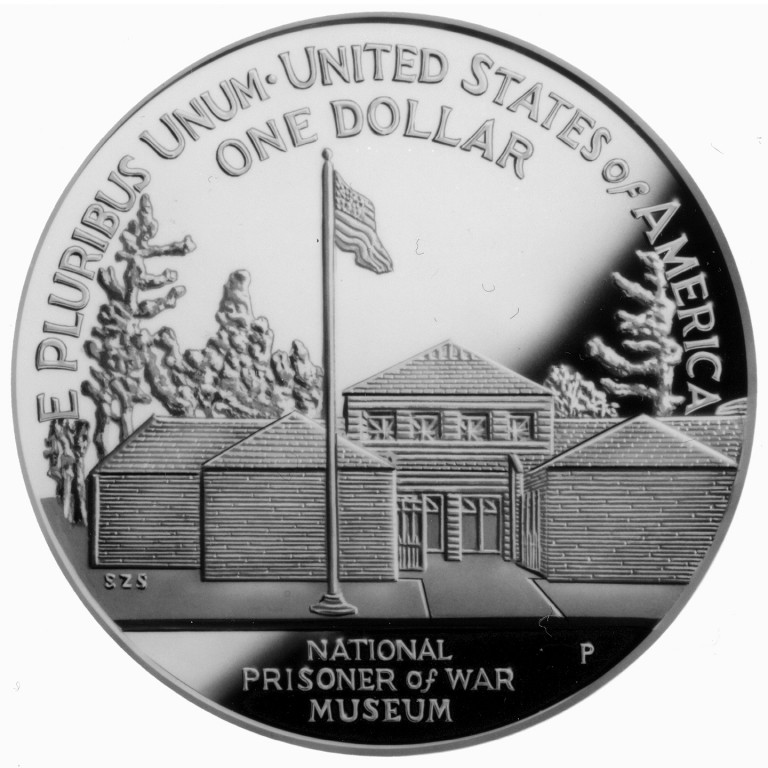 Surcharges from the sale of this coin funded the Department of the Interior's construction of the Andersonville Prisioner-of-War Museum in Andersonville, GA. Any additional funds were to be split equally between the following:

The obverse design features a chained eagle breaking free through a ring of barbed wire.

The reverse features the proposed design for the National Prisoner of War Museum.