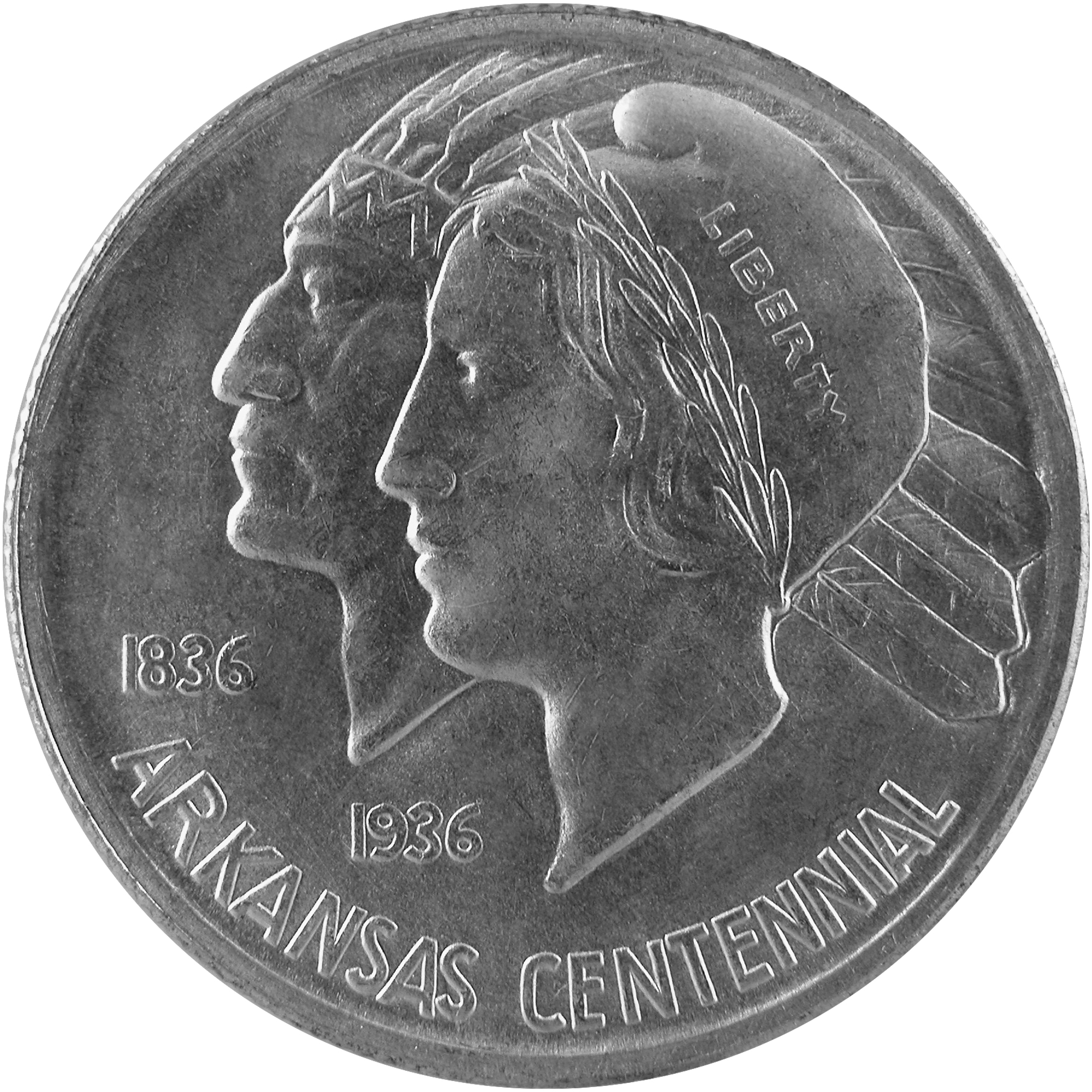 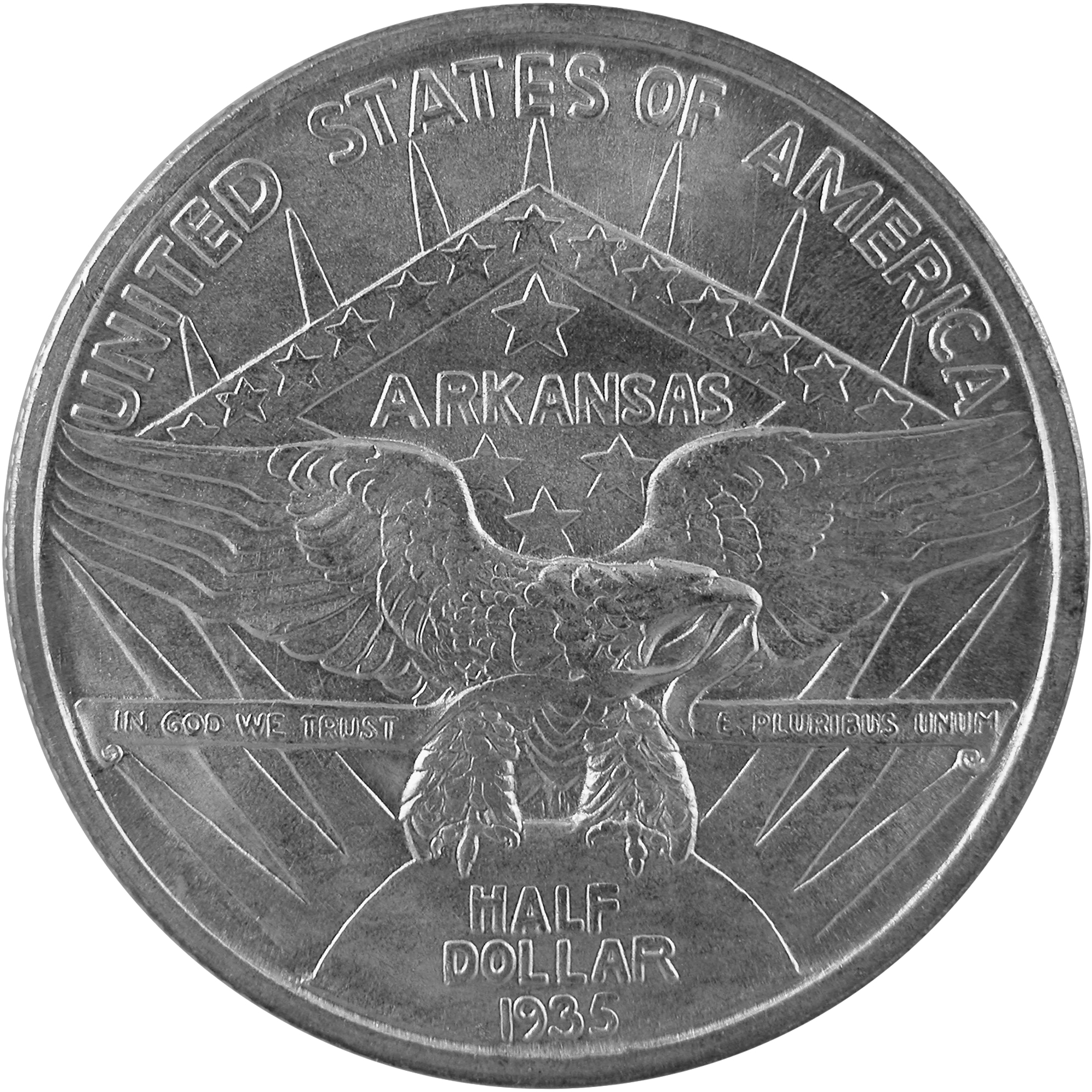 The Arkansas Centennial Half Dollar was first issued in 1935 to commemorate the 100th anniversary of the admission of Arkansas into the Union. It was reissued annually through 1939.

The obverse design features an eagle with wings spread against a background containing rays and stars.  The models for this coin were prepared by Emily Bates

The reverse design features the heads of an Indian and Liberty. Inscriptions: Liberty, Arkansas Centennial, and 1836 1936.