Battle of Gettysburg Half Dollar 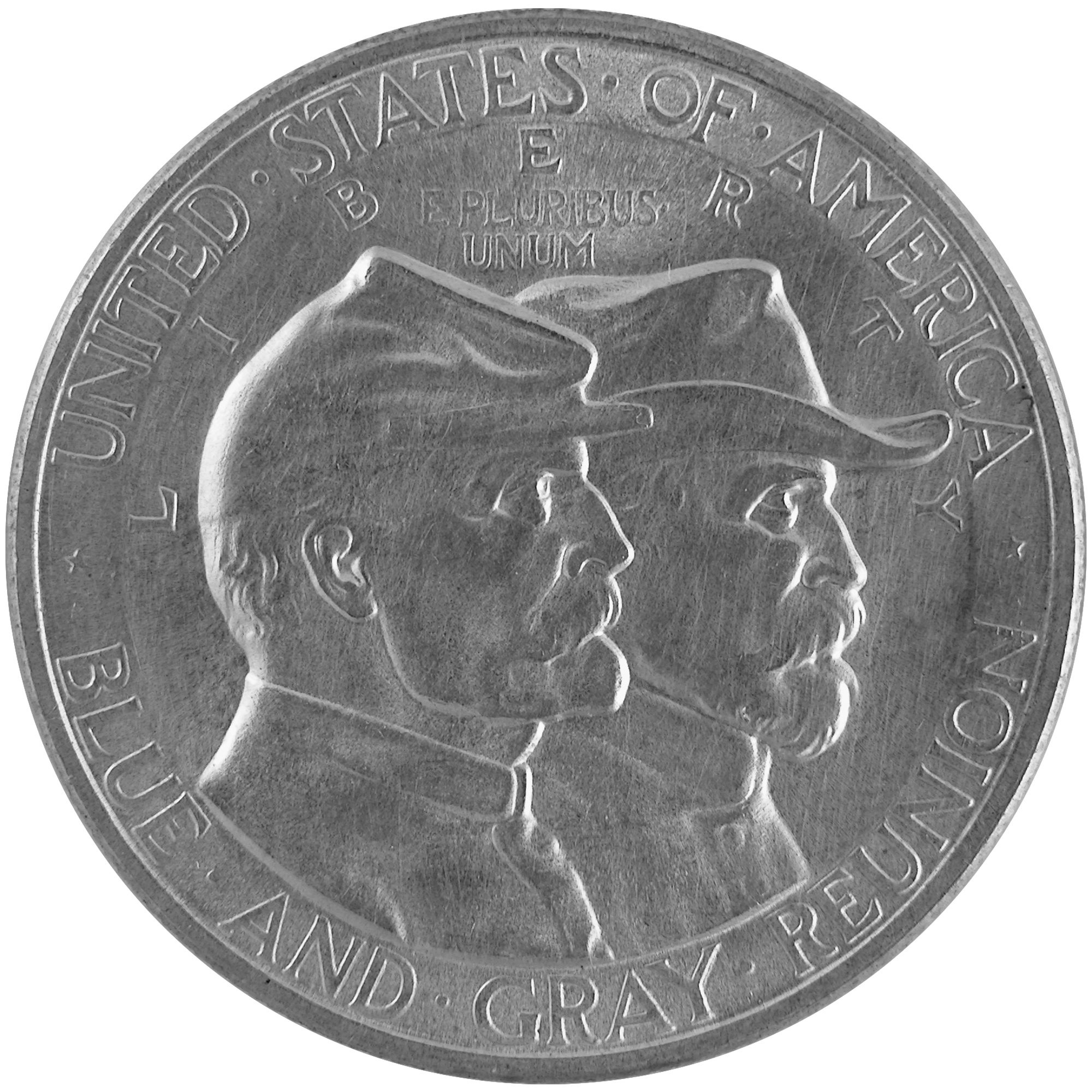 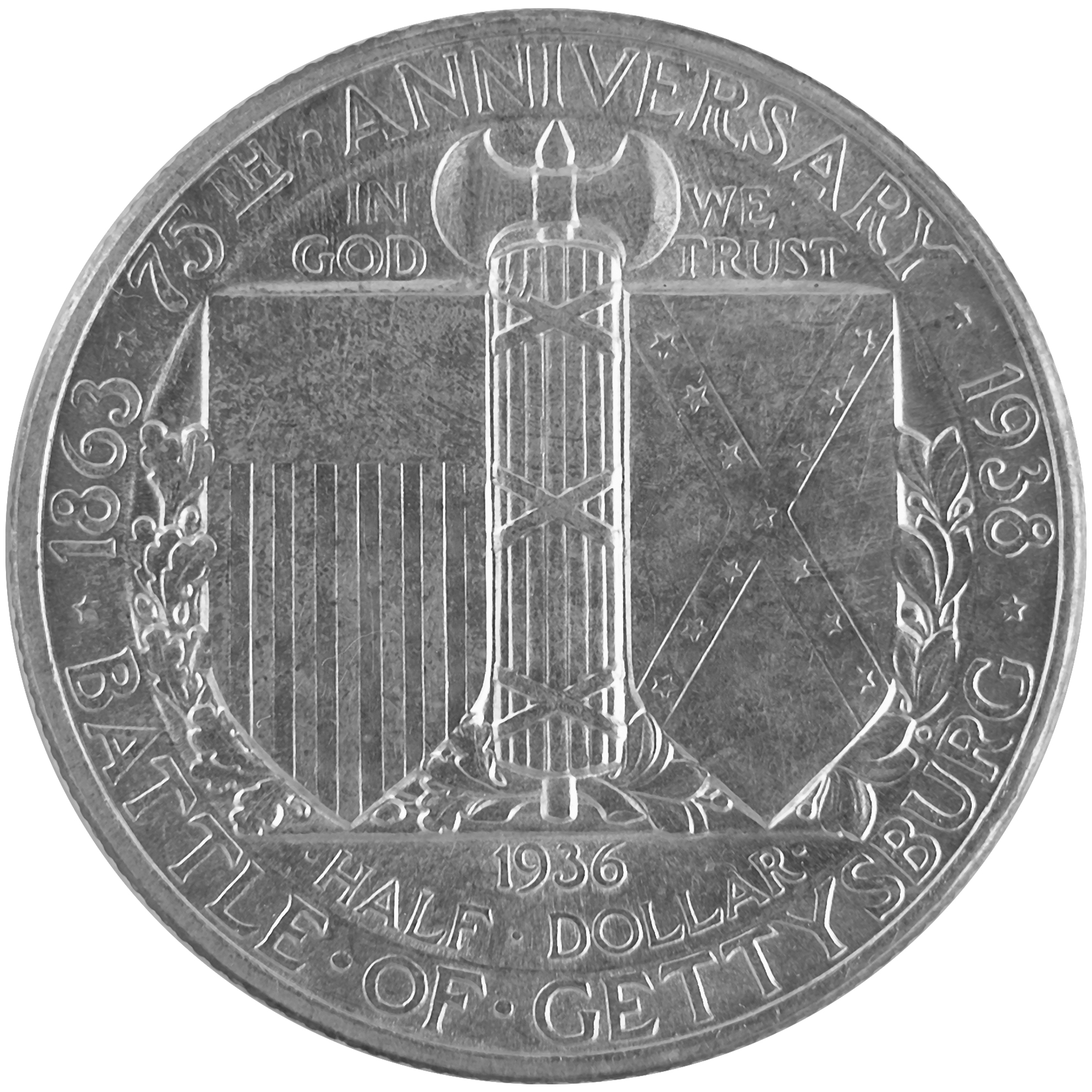 The Battle of Gettysburg Half Dollar was released in 1936 to commemorate the 75th anniversary of one of the most crucial battles of the Civil War.

The obverse design features the profile images of Union and Confederate Soldiers.

The reverse features a fasces—a bundle of sticks bound around an axe—flanked by shields of the Union and Confederacy and supported by sprays of oak and laurel.