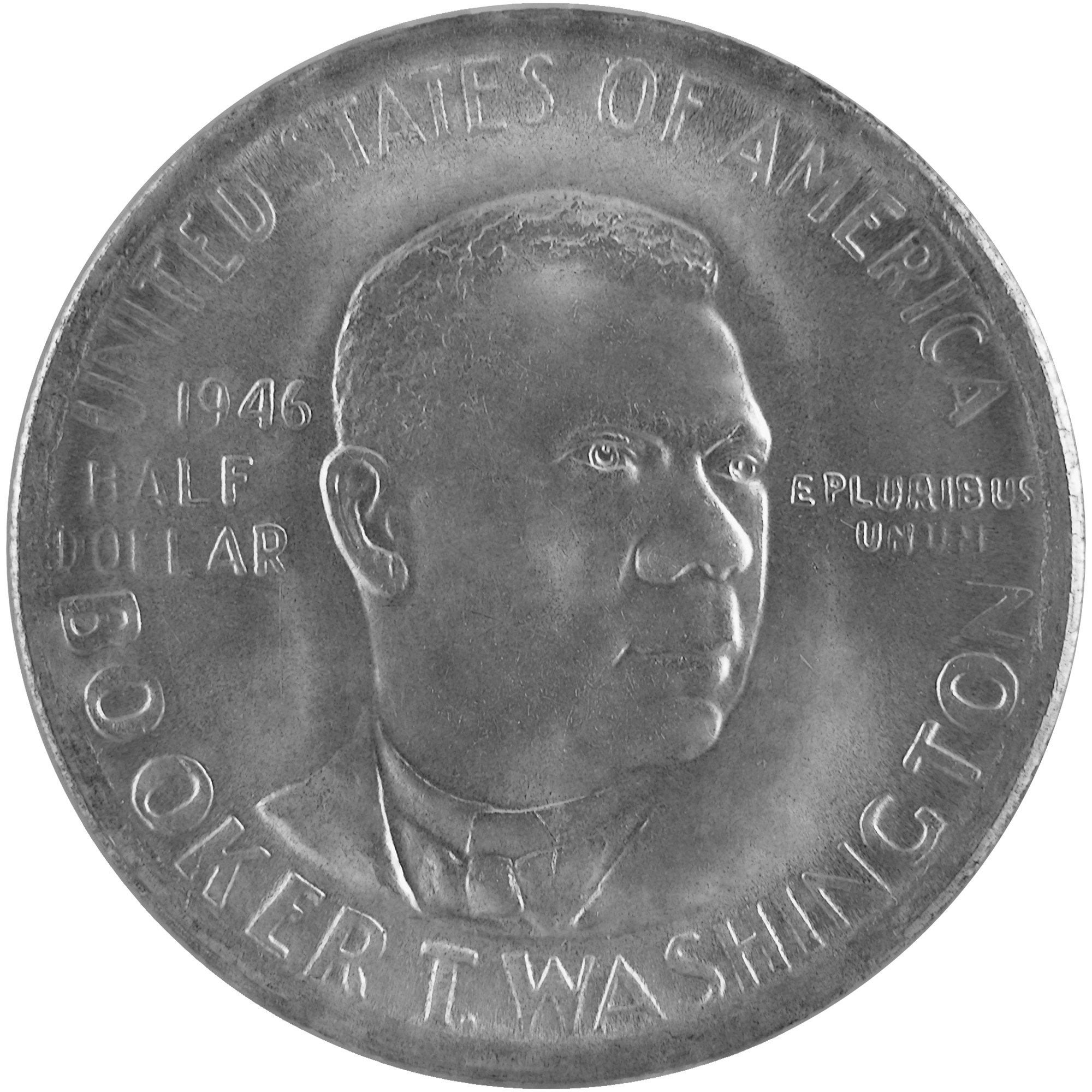 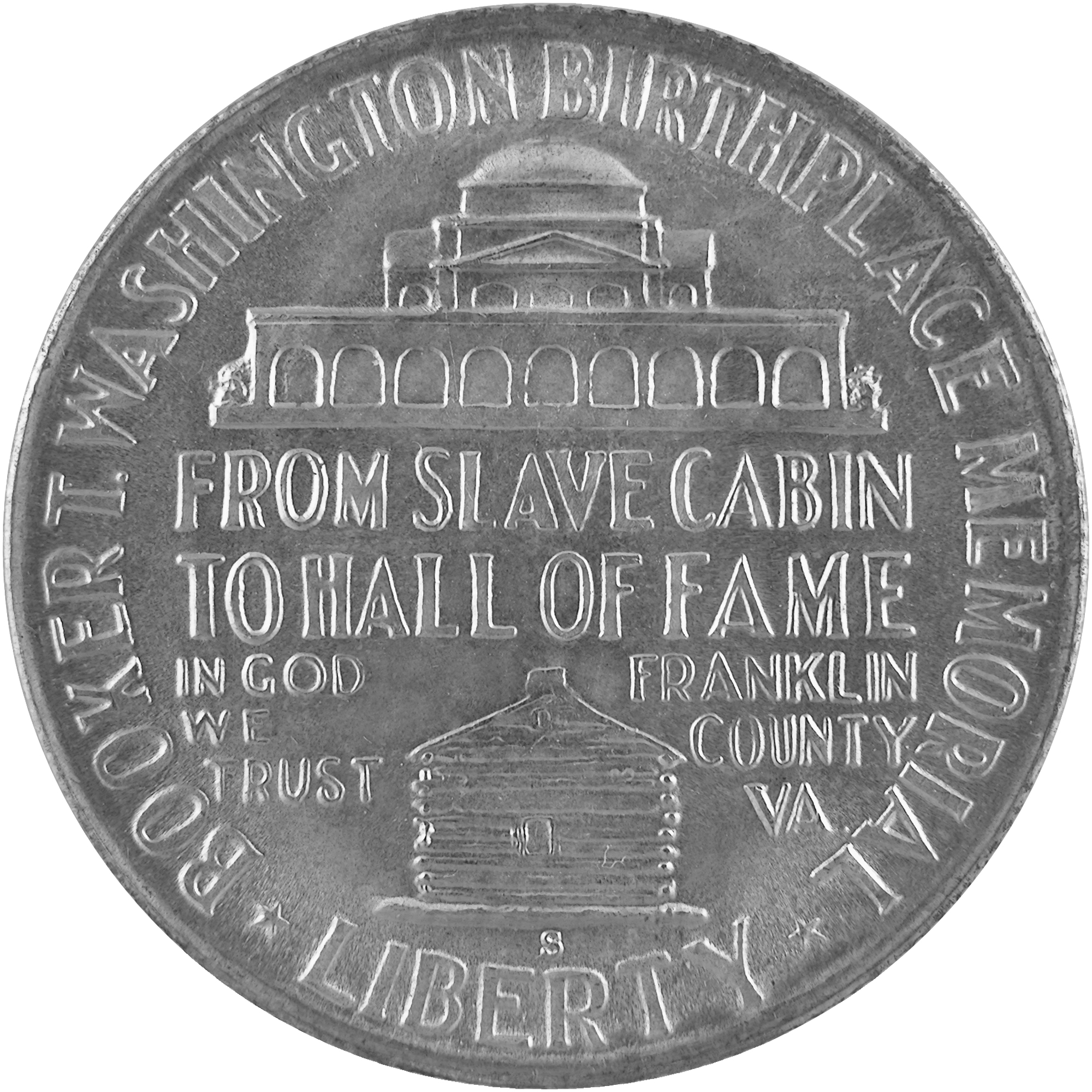 The Booker T. Washington Half Dollar was initially offered in 1946 to honor his place in American history. It was reissued annually through 1951.

The obverse features a portrait of Booker T. Washington.

The reverse design features the log cabin in which Booker T. Washington was born.