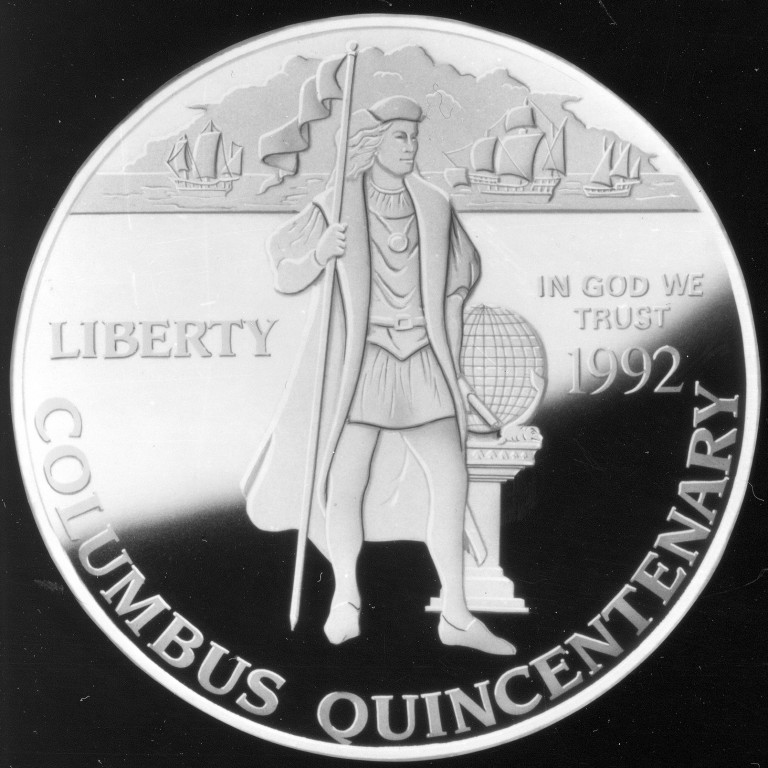 Released on August 28, 1992, this commemorative coin honors the 500th Anniversary of the discovery of America by Christopher Columbus.

The obverse design of the coin features a full-length portrait of Christopher Columbus holding a banner in his right hand, a scroll in his left hand, and he is standing next to a globe atop a pedestal to his left. The background displays three sailing vessels.

The reverse features an image of the Santa Maria and the U.S. Space Shuttle Discovery, with the Earth and a star to the upper right of the shuttle.