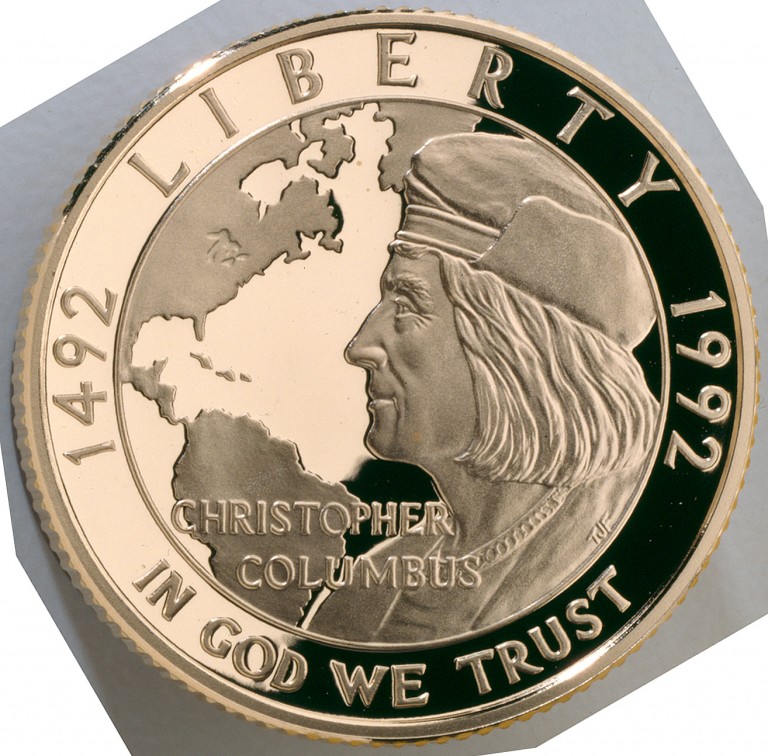 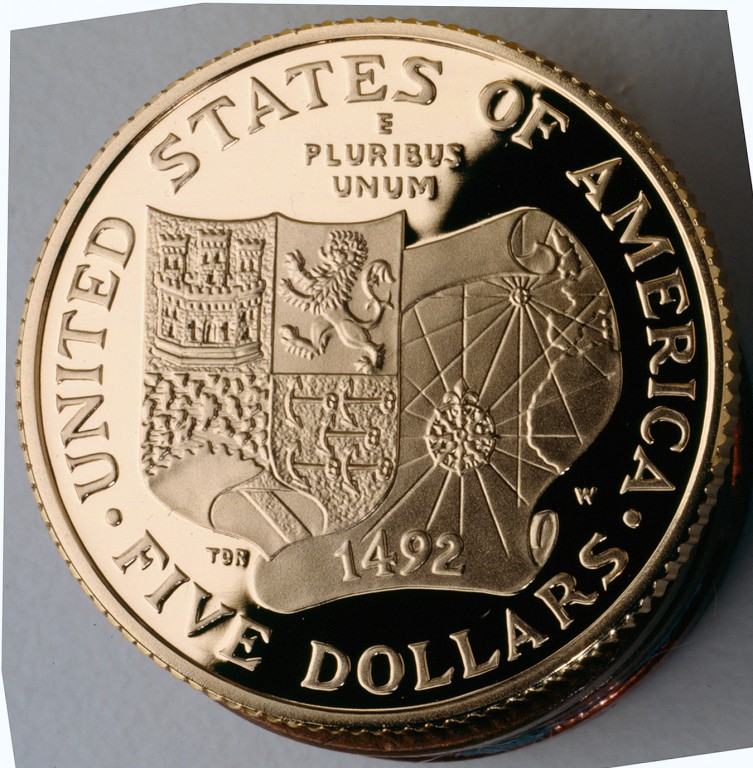 Released on August 28, 1992, this commemorative coin was released in honor of the 500th Anniversary of the discovery of America by Christopher Columbus.

The obverse design of the coin features a side profile of Christopher Columbus.

The reverse of the coin features the crest of the Admiral of the Oceans, an honor that was bestowed upon Columbus, and a map overlapping the western Old World with the date 1492.