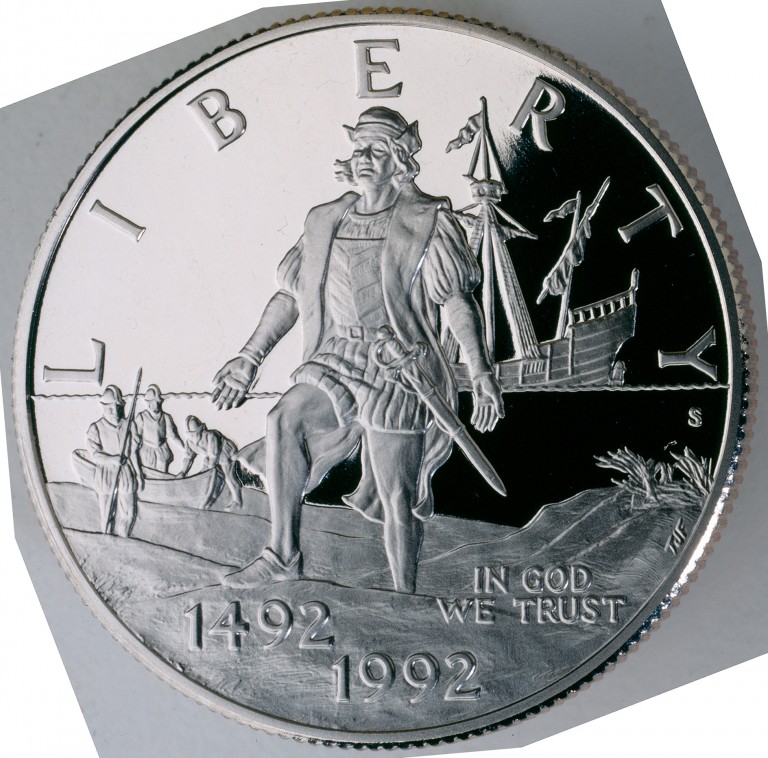 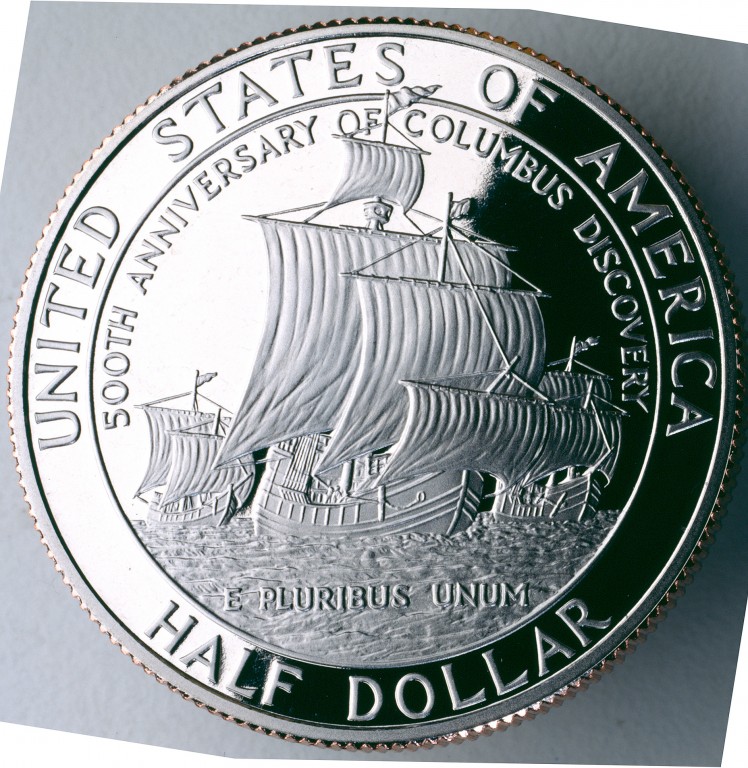 Released on August 28, 1992, this commemorative coin was released in honor of the 500th Anniversary of the discovery of America by Christopher Columbus.

The obverse design of the coin features a full-length portrait of Christopher Columbus at landfall, arms outstretched, with his disembarking crew and a small boat behind him to his right, and a ship behind him on the left.

The reverse features three ships under sail within an inner circular border.