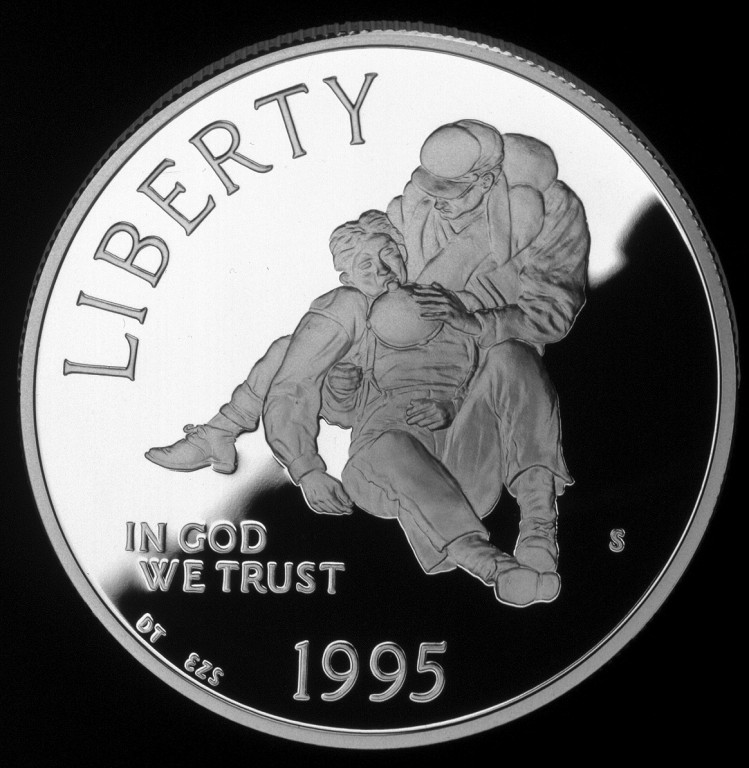 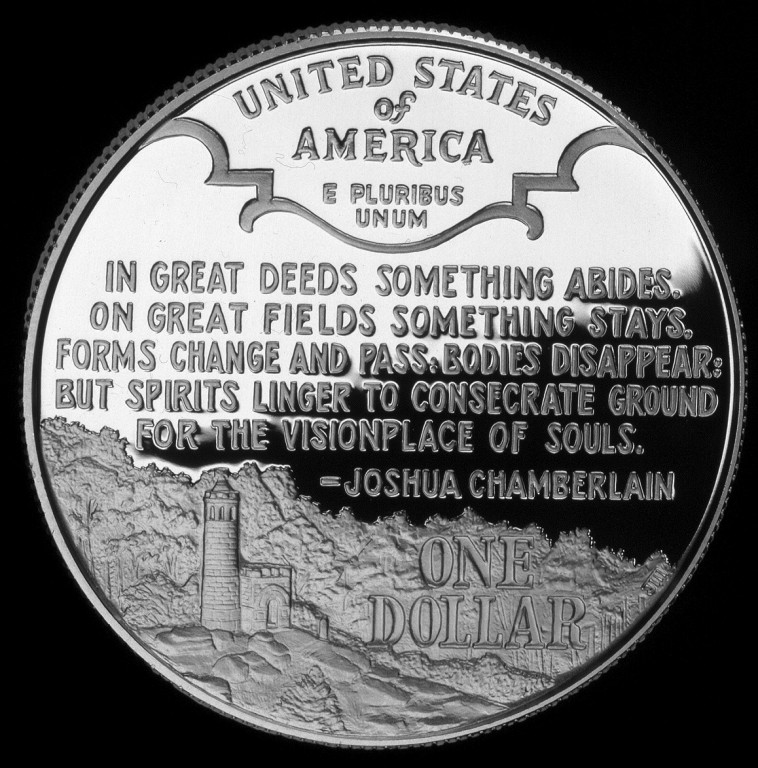 The obverse design of the coin features an infantryman raising a canteen to the lips of a wounded foe.

The reverse of the coin features a quotation from Joshua Chamberlain, the college teacher from Maine who became one of the heroes of Gettysburg.