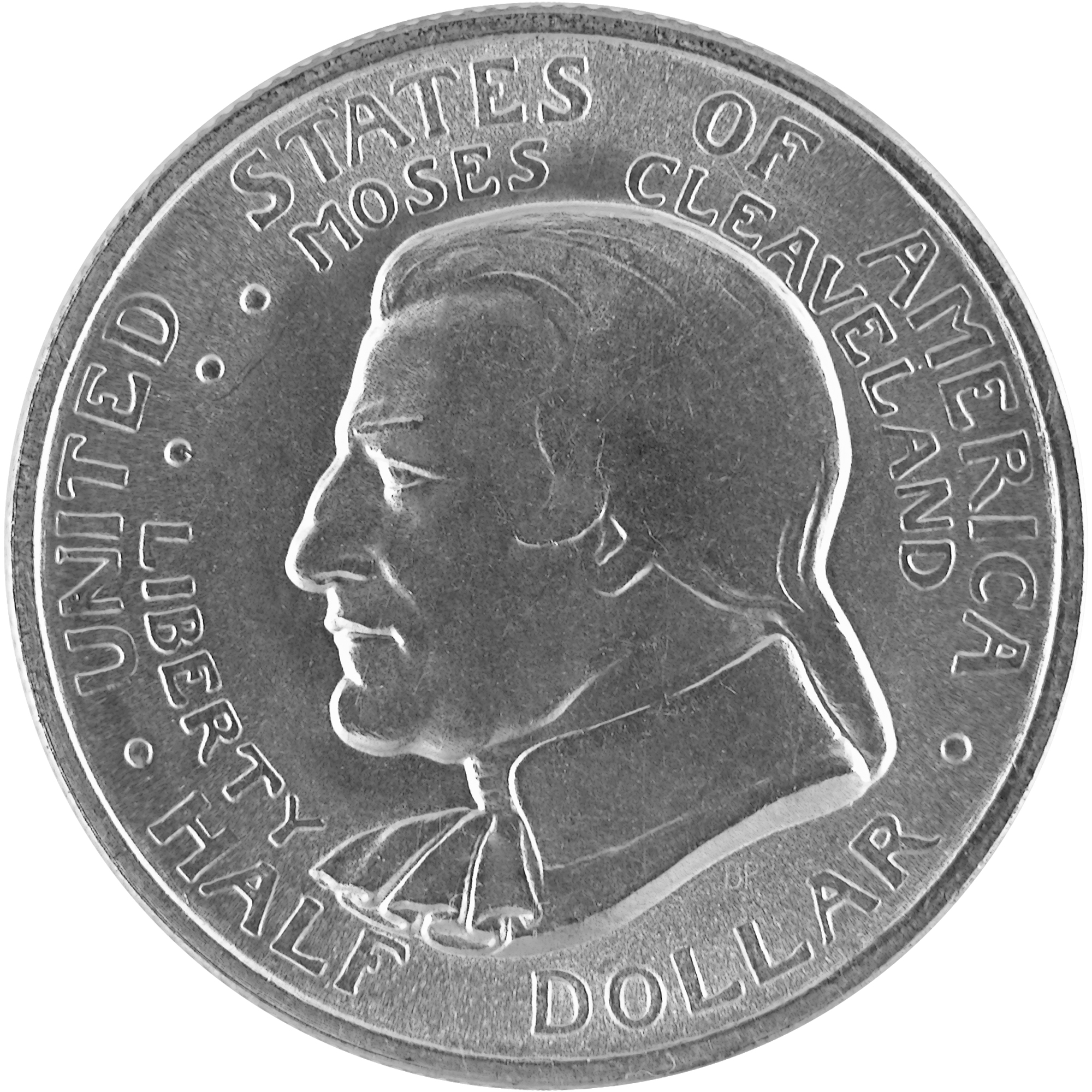 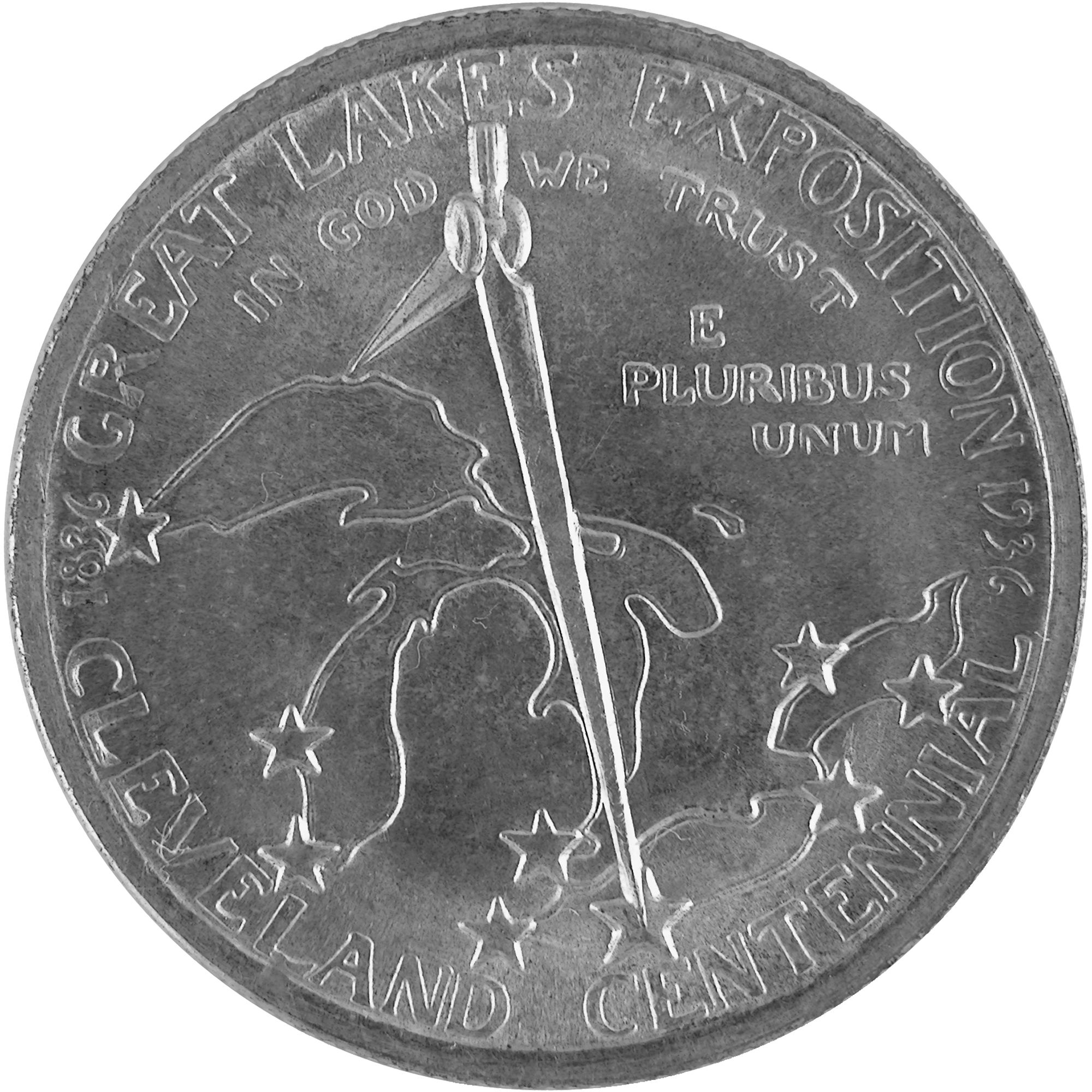 The reverse features a mapmaker's compass poised over a map of the Great Lakes and pointing to the northern and southern extremities of the lakes. The stars indicate the locations of major cities.