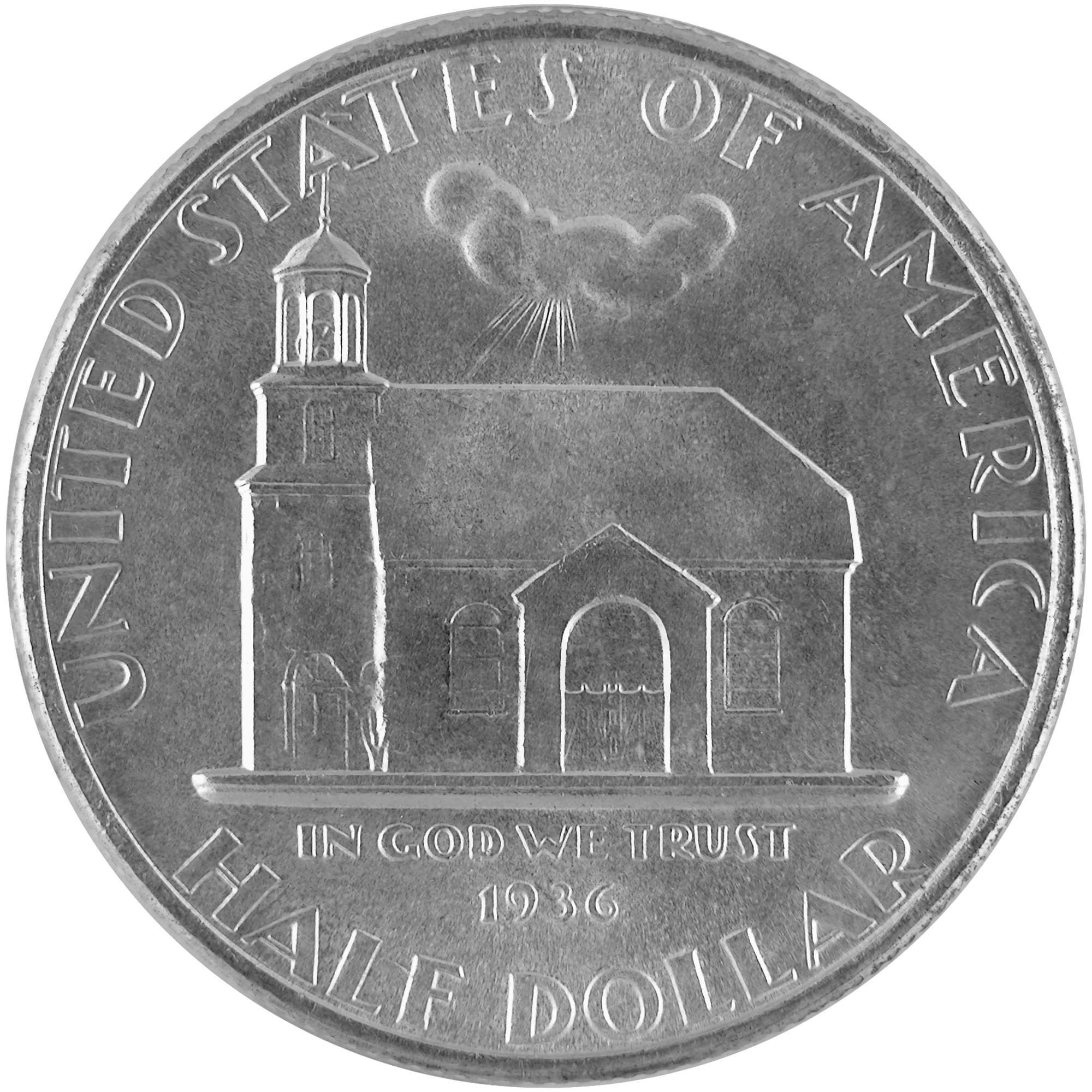 This Delaware Tercentenary Half Dollar was authorized in 1936, struck by the United States Mint in 1937, and the coin was dual dated. The obverse of this coin is dated 1936 and the reverse is dated 1938.

The obverse design features the Old Swedes Church in Wilmington.

The reverse features a ship, the Kalmar Nykhel.