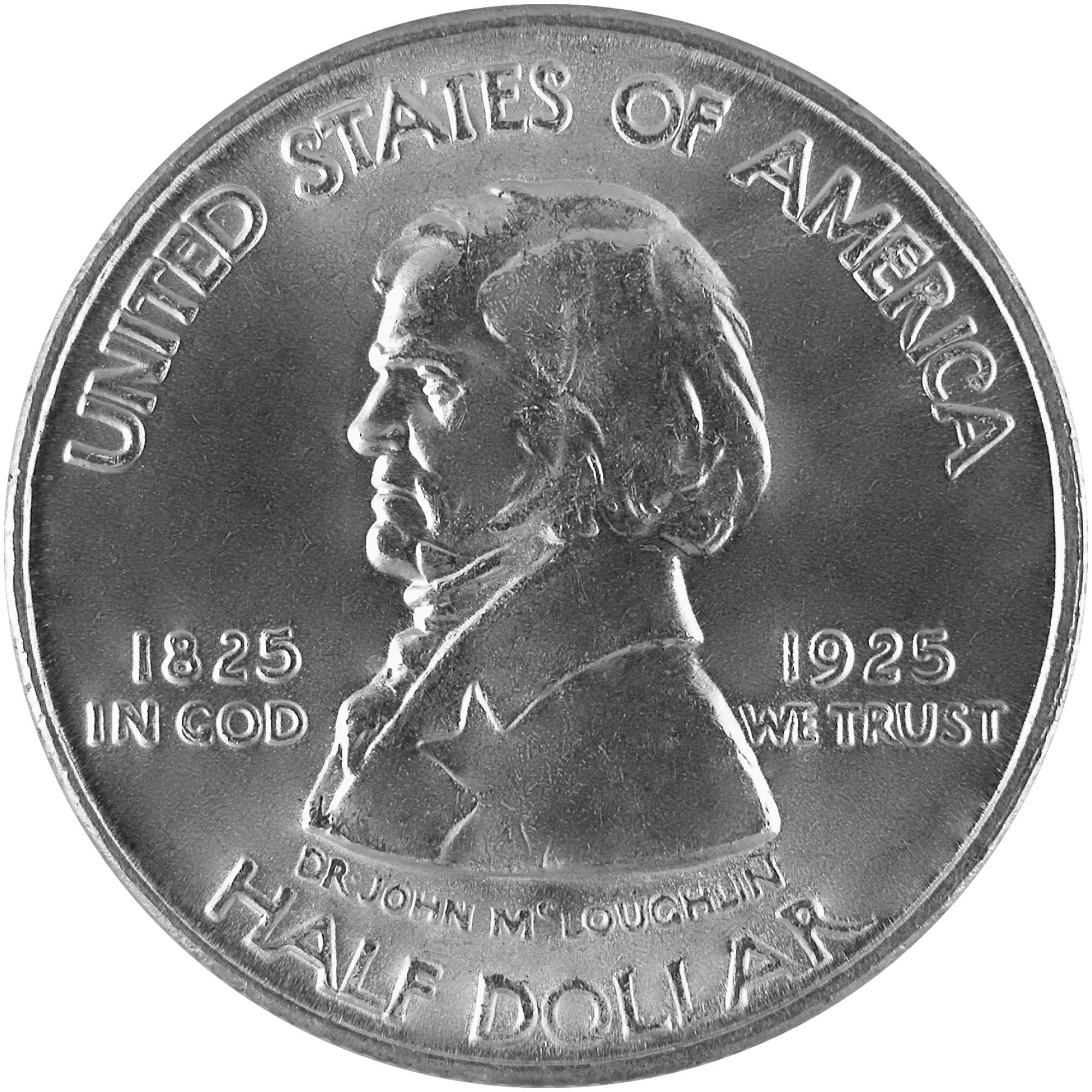 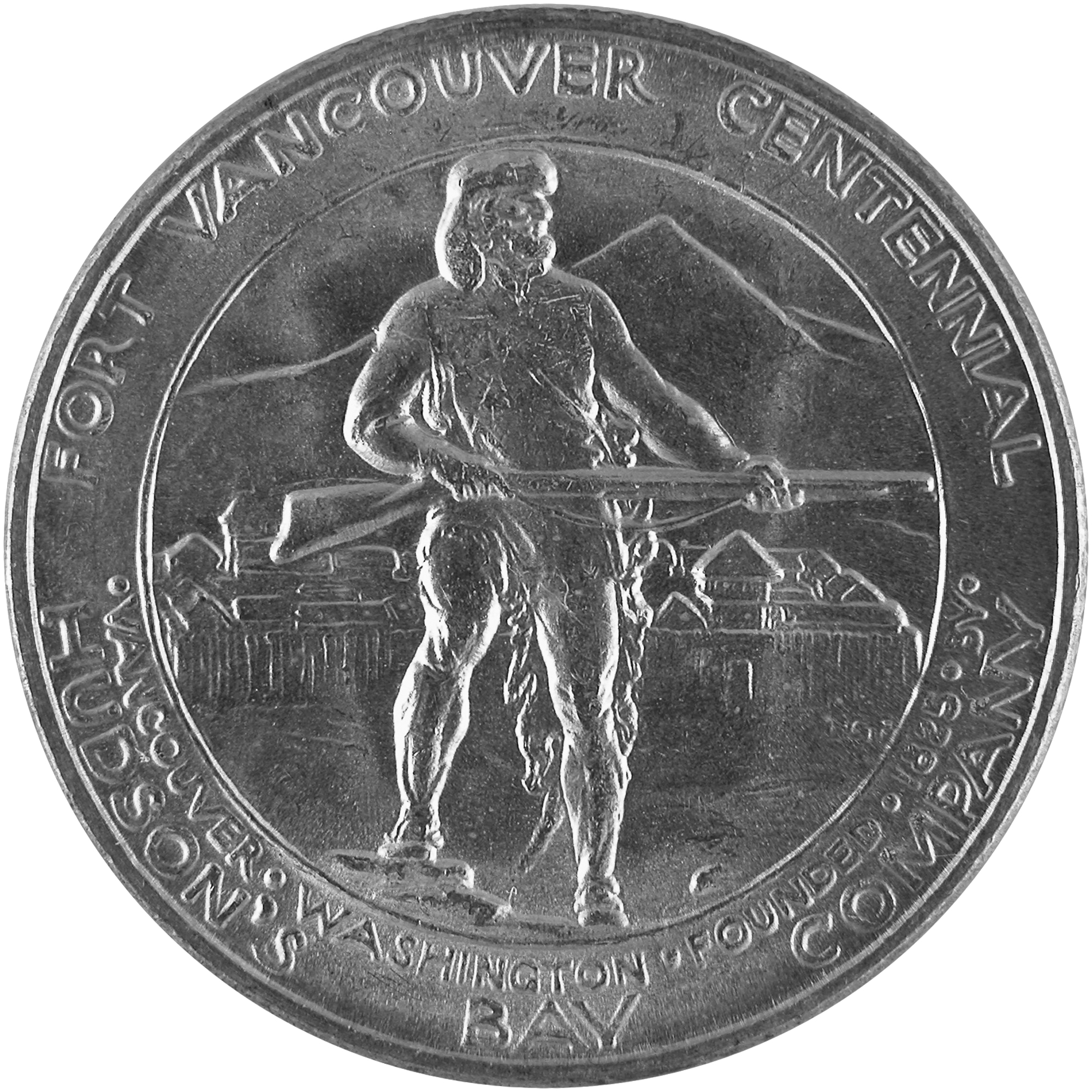 The Fort Vancouver Centennial Half Dollar was released in 1925 to commemorate the 100th anniversary of the founding of Fort Vancouver by the Hudson’s Bay Company, State of Washington.

The San Francisco Mint produced the coins, although there is no mint mark.

The obverse design features the likeness and name of Dr. John McLoughlin, builder of the fort.

The reverse features the full-length figure of a frontiersman with gun, the fort and a mountain peak in the background.