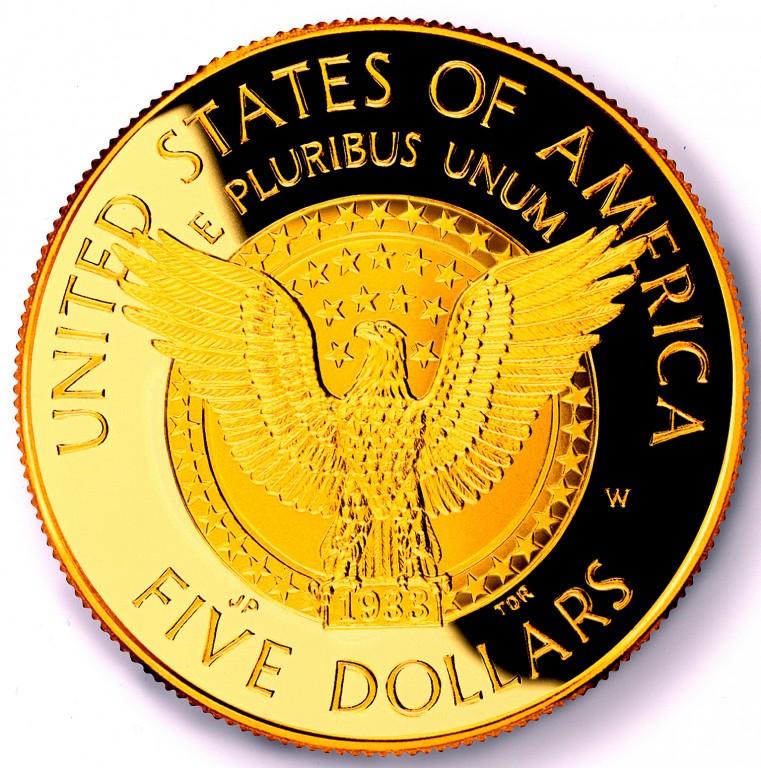 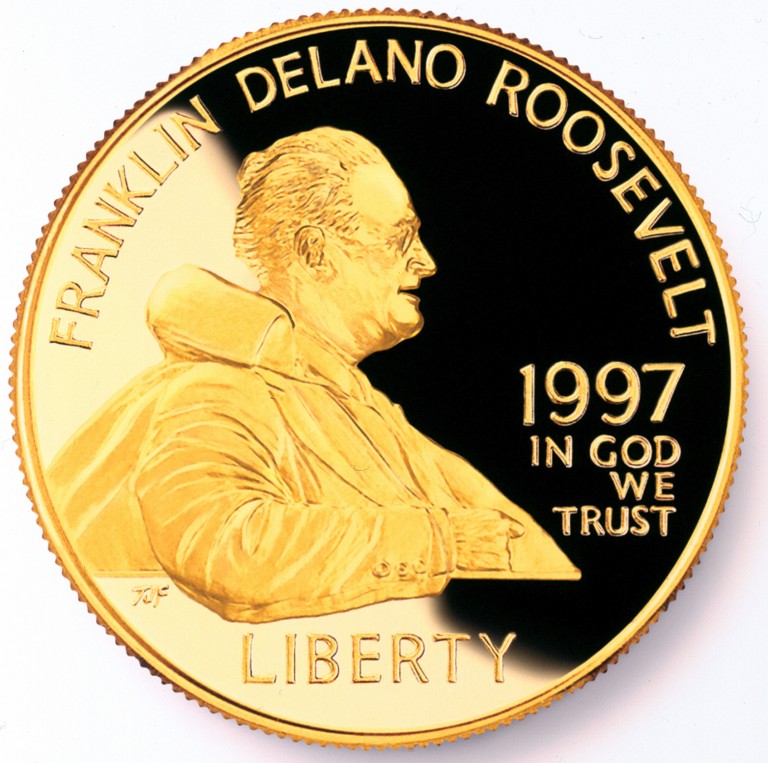 A portion of the proceeds from the sales of each coin was paid to the Franklin Delano Roosevelt Memorial Commission.

Obverse design: Based on one of FDR's favorite photographs taken in 1938, depicts the commander-in-chief on the bridge of the U.S.Houston wearing a boat cloak that became a familiar trademark for many Americans.

Reverse design: A rendering of the Presidential seal displayed at FDR's 1933 inaugural.