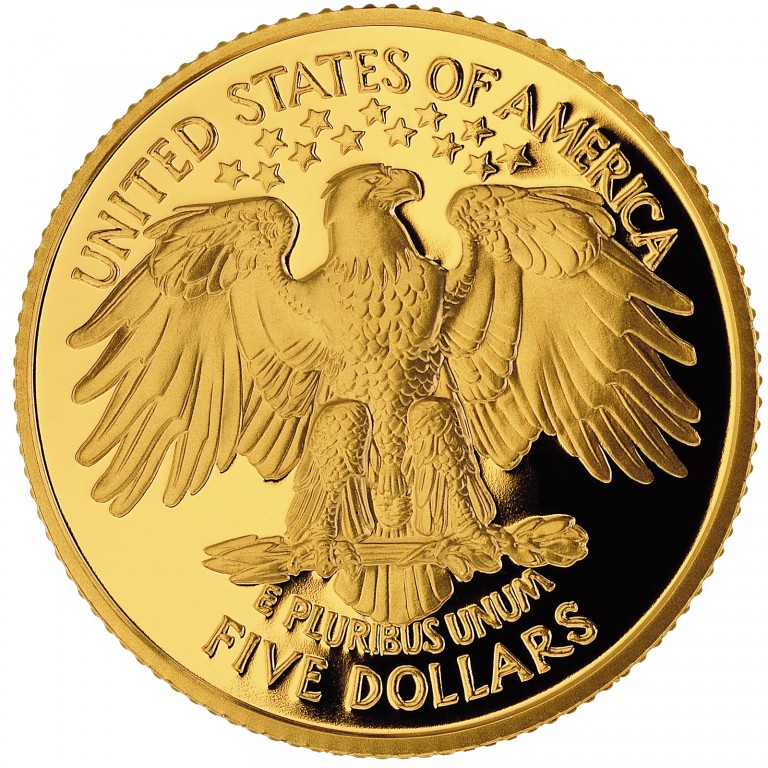 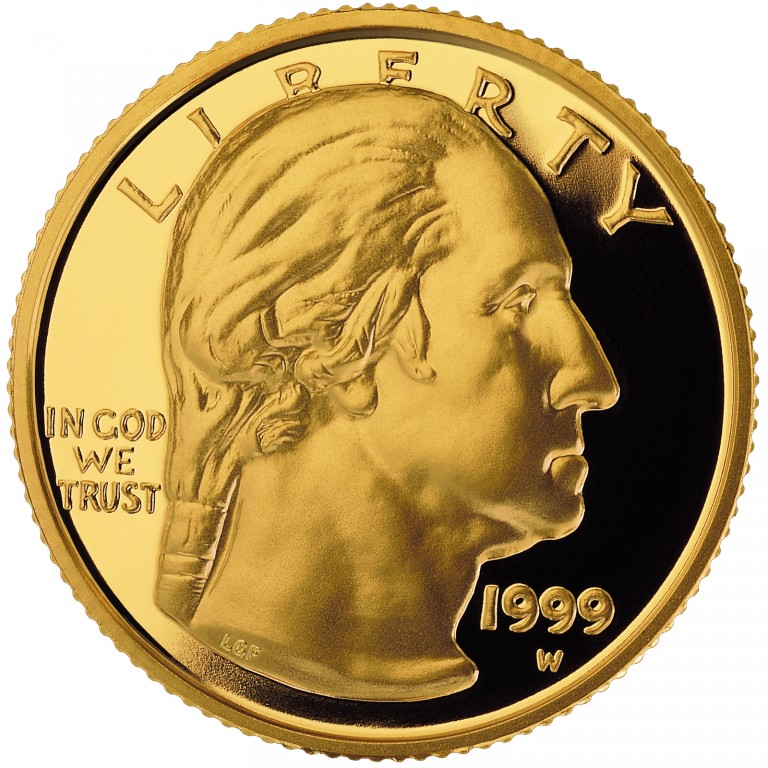 What the Coin Commemorates

The coin was authorized to commemorate the 200th anniversary of George Washington’s death.

All across our nation, the imprint of George Washington is obvious – the “father of our country” has one state, a capitol city, 33 counties, at least seven mountains, 121 post offices and about 441 schools named after him.

Washington is beloved for many reasons, not least for his leadership and his integrity – almost every child knows the story about the young George Washington confessing to his father that he chopped down one of his father’s cherry trees.

Washington first caught the country’s eye when he published a journal about his rugged adventures investigating French encroachment on Virginia’s western frontier. His military prowess led to him be named commander-in-chief of the Second Continental Congress in 1775, charged with molding an
inexperienced and undisciplined group of patriotic volunteers into a professional army. His success led the country to elect him its first president at the age of 57. As president, he supported the creation of a national bank and later appointed the first director of the U.S. Mint, David Rittenhouse. Legend has it that some of the Mint’s first coins came from melting down silver that Washington donated from his personal collection.

Washington was first commemorated on a U.S. Mint coin along with the Marquis de Lafayette on a dollar coin in 1900.

A portion of the proceeds from this coin benefited the Mount Vernon Ladies' Association, which, since its inception in 1853, has been dedicated to preserving Mount Vernon and educating the American people about George Washington.

Laura Gardin Fraser (1899-1966) became the first woman to have her design appear on a commemorative coin when she designed the reverse of the 1921 Alabama Centennial Half Dollar.

In 1931, Congress held a competition for a coin to honor the 200th anniversary of George Washington's birth. Ms. Gardin Fraser submitted a design that, though popular, was not chosen. Her design, however, was revived for this coin 68 years later.

The original competition called for the obverse of the coin to feature a portrait of George Washington, based on the famed life-mask bust by French sculptor Jean Antoine Houdon. The reverse was to feature a design that was to be "national" in nature.

Ms. Gardin Fraser's design features a right-facing portrait of George Washington on the obverse, while the reverse shows an eagle with wings spread wide. Dr. Cornelius Vermeule, author of "Numismatic Art in America" called the design "one of the most spectacular ever to be prepared for a U.S. coin."

As a medalist, she worked on the Congressional medal honoring Charles Lindbergh and the Oregon Trail commemorative.

The obverse bears a right-facing bust of George Washington.

The reverse shows the Heraldic Eagle with outspread wings.